How League of Legends has taken eSport to a new level

Gaming is an ancient way of life that has entertained most individuals. Gaming has evolved drastically with time due to technology. As a result, the world has seen the development of a new form of gaming known as esports. Unlike the traditional means, this form of gaming uses technological devices such as mobile phones and consoles for gaming. Below we are going to have a look at an example of esports known as League of Legends. Furthermore, we are going to discuss how the famous game has taken esports to a new level.

In addition to this, the coop section of the game enables players to play with their friends. Here one who plays online can join forces with their friends online. In the game, players get to control a character known as a summoner. The character is gifted with abilities that advance as you move up the game's hierarchy.

Facts About League of Legends

How League of Legends has taken eSports to a new level

League of Legends Vs. Numbers

Esports is dependent on a high number of active players. As a result, League of legends is focused on a consistent active audience rather than a significant growth of player base. To enhance this League of legends releases weekly content that is competitive, thus making players active.

As a result, at least 70 million active users play league of legends monthly. That is the game has more than 70 million monthly players who play the game in real-time. However, the stats are not often constant but also mostly dependent on the month of the year.

League of Legends Vs. The Fans and The World At Large

League of legends has received multiple touches over the years, thus making it more fine-tuned. However, unknown to many players is the fact that most of these touches are mostly suggestions made by fans. Furthermore, the game is mostly inspired by real-word events such as sports.

For instance, the League of legends championship uses a league structure similar to soccer. Also, league of legends player and team stories are derived from the Olympic while the seating arrangement is inspired by both hockey and basketball. Last but not least, league of legends has a weekly broadcast with strict rules, just like any other sports.

League of Legends Vs. The Players

League of Legends Vs. Marketing

League of legends has increased the exposure of esports to big wig brands. Unlike in the olden days, the company is well marketable and often approached by different brands and sponsors who are willing to work with them. This is opposed to the olden days when the company would approach other brands to make proposals trying to educate them about esports. Ultimately it would be wise to conclude that league of legends has brought more exposure to exports unlike before.

League of Legends Vs. Sports Betting

Betting is known to add an exciting experience to spectators, especially during live matches. Betting gives individuals to make money easily via predictions. Traditional trends have often limited betting to traditional sports. However, this is not the case since League of Legends has helped enhance the development of esports betting.

So, if you are a fun of league of legends and can gamble, then you are in luck. Nowadays, there has been the development of sites like oddspedia. On this page, one can find some of the best odds for league of legends. Just like any other sports, league of legends betting sites allows characters to bet their money on the side that’s likely to win.

What Makes League of Legends Popular?

As seen above, League of legends has set up various strategies to ensure its survival as an esports. Also, a continuum of these strategies and adapting to the future will ensure that the game survives for a decade or more into the future. 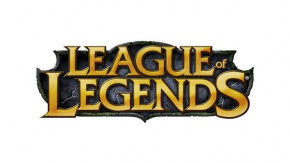