Battletech is an XCOM style, tactical, turn-based strategy game from Hare Brained Schemes that puts you in charge of a mercenary company trying to make it in the universe. As the mercenary leader, you're in charge of a team of giant mechs (and those who pilot them), who accept missions from various big-wigs (think faction leaders) using the cash you obtain to keep your mechs running properly and purchase crucial upgrades so you can keep punching, stomping and blasting everything in your path.

The game takes place in 3025 in a small sector of space known as the Aurigan’s Reach. At the start of the game you are charged with escorting the High Lady Arano (one of the high ups of the various houses in the Battletech world) to her coronation. Of course, things don't go as planned, she is betrayed and everything goes straight to hell. During this conflict she goes missing and you barely escape with your life. Disgraced, you are lucky to be taken in by a mercenary company, and thus begins your struggle to keep everything together, as you take contracts, manage pilots, resources and more, both on the battlefield and in your dropship.

Battletech gives you a lot of options, and it's a little tough to not get overwhelmed early on. The breadth of things you are in charge of can be staggering in its variety; you need to know the strengths and weaknesses of your mechs on the battlefield, who can do what, maintain your heat and the health of your mechs and their robotic limbs and also how to properly negotiate contracts. That's right, you're a terror on the battlefield and in the boardroom. For example, do you choose a contract with more c-bills that will give your operation the funds it needs to keep going, or do you choose more salvage with the hopes of scavenging not only needed equipment but other mechs as well? The choice is yours, but you need to plan properly and carefully; if you squander your resources, you will fail.

Movement on the battlefields of Battletech is of the stomping variety. You stomp from one place to another, feeling very "mech-like", choosing who, what, when and where to attack your enemies. Once you have line of sight on an enemy, you can execute your attacks, but you have to be careful to manage your heat level. If your heat gets too high, it can damage your mech and cause internal problems with the components, causing major problems on the battlefield. You can afford to lose an arm and keep fighting (losing your legs is pretty much a game-ender), but heat must be carefully managed and maintained. There's no actual cover system in Battletech, but you can still position your mech behind trees, structures and obstacles to ward off enemy fire. Those who have played XCOM will be aghast at the lack of cover, but there are other things to worry about in Battletech, like your mech's speed, angle (you can spin your top half independently of your bottom), stability, and of course, heat.

There is also a multiplayer mode where you can battle other opponents online, but it is pretty straightforward, and a little bland in my experience. You just choose the mechs you want and duke it out with another player and to me, this seems a bit tacked on.

The graphics are excellent, and they nail the look of the classic tabletop game come to life. You will stomp and fight your way through a variety of different planets throughout the Aurigan Reach, and fittingly, most everything in the environment is completely destructible, so a wide shot from a laser or an LRM pack can demolish a swath of trees or buildings. When mechs take damage or are destroyed, you're rewarded with an impressive fireball, leaving you to sadly (or triumphantly, depending on who is getting obliterated) gaze at the smoldering wreckage of the mech. Each of the models look amazing, and they really do look like the classic handcrafted miniatures come to life. The sound is also quite good, and there is no way you could mistake the launch of an LRM pack for the sound of you firing off a PPC.

If you are a fan of the original board game or you just love strategy games you need to check this out. With a rich single player experience as well as a great game engine and mechanics there is more to keep the average Battletech fan coming back for more. 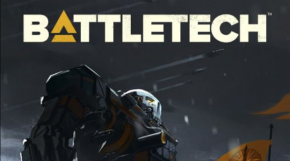