It's Banjo-Kazooie again – which is exactly what fans wanted – only this time with a lizard and a bat instead of a bear and a bird. Run around collecting cartoony things – all the things, for they are legion – smack cartoony bad guys, collect cartoony health/energy pickups in the form of butterflies, and explore the vast worlds on display (five worlds at this time, each of which can be expanded). If B-K floats your boat, you're gonna love Yooka-Laylee, developed by several former key personnel from Rare back in the late 90s. It’s intended to be Banjo-Kazooie’s spiritual successor – its name is even a play on another musical instrument.

When the story begins, your good-hearted character(s) find their peaceful little worldlet attacked by a bad guy who is stealing the books of the world, in hopes that he will be able to use them for world conquest. Oh, and pollution. Plenty of that. You know the drill. Find missing sentient “Pagies” to put back into the magical book, collect floating feather quills to spend on new abilities, and snag the (much rarer) other collectibles in order to access temporary transformations and unlock arcade games. And on top of all that, the title character of Shovel Knight even makes an appearance as an NPC.

As far as controls go, Yooka-Laylee offers native controller support, with standard platformer controls – though for some reason you can't move while crouched – with new buttons and moves introduced gradually. It would be nice to have a handy reference on how to use unlocked powers without having to go back to the sales-snake to ask, though.

The graphics look friendly and pretty, which is par for the course, and the modern engine does at least allow for one thing its older counterparts couldn't do – letting you actually see the bulk of the level at a glance if there are no huge obstacles in the way. Floating platforms waaaay up near the vertical limit still cast accurate shadows way down at ground level, clueing you in to the fact that “there may be something useful up there.” There’s little to no texture pop-in, and the game runs at a constant 60fps or better, even on a moderate system.

For a game named after a musical instrument, Yook-Laylee features some pretty good music; it feels cheerful and bright where needed, and more somber or creepy when appropriate for the area. However, the characters all “speak” in grunts and squeaks that are immediately off-putting and grating on the ears. I really would have liked an audio option to remove or reduce voices while keeping the music and other sound effects intact. Note that these voices extend to nearly every single menu in the game as well, even at the title screen.

Side note – the “Exclusive Mode” (available when booting up the game) puts it into modal, full-screen non-windowed mode in order to allow a bit more processor time to be devoted to the game, and it helps. The downside is, in my experience, every time you Quit the game while under Exclusive mode, it crashes instead of merely doing a graceful exit (at least on Win10 64bit/Creator update). You have to access Task Manager to get rid of its crash notifier and do anything else at all. This, and other issues such as the “talking” menus, seem to indicate areas that could have been polished more in a game which is otherwise polished to a mirror sheen.

Be careful what you wish for. This one goes right for the nostalgia in players and bets everything on it. Having started out as a tribute to the Banjo-Kazooie games, they held a phenomenally successful Kickstarter and gave the audience just that – a game that hearkens back to the N64 era's idea of 3-D platforming gameplay, with everything both wonderful and woeful that that implies. Unfortunately, the dev team seemingly took this to mean that they should also ignore a decade and a half of improvements to how this sort of game can be done.

Yooka-Laylee has solid gameplay, but it still feels like we've all done this before, many times. The characters are all cute critters (and yes, this includes most of the enemies and collectibles), with some closer to the creepy-cute end of the spectrum. For what it's worth, it's not a bad game by any means – it's just that it could have been so much better. (Review by Eric Kei)


Yooka-Laylee (PC)
Story:
70%
Gameplay:
90%
Graphics:
85%
Sound:
75%
Fun factor:
85%
Atmosphere:
85%
Pros and Cons
Exactly what fans asked for : A modernized Banjo-Kazooie
Good variety of puzzles and powerups
"Tonics"/passive bonuses allow for passive upgrades (limited to one at a time)
Looks pretty darn nice and runs at 60fps or better on a system not far beyond the minimum spec
Not quite modernized enough, and very derivative
The characters' repetitive 'voices'/grunts quickly become annoying
Collect-a-thon gameplay
Not much control over audio/video
The “Quit” option is hidden in the options menu, for some utterly inexplicable reason, and quitting while under Exclusive Mode causes consistent crashes

Can i have steam key for this game, thanks

Please give the steam key 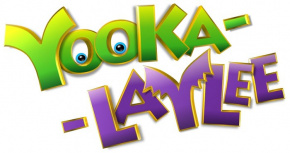