After about five years Elex returns, whether the second part is better and what has changed compared to the predecessor, I want to tell you in my PC Review.

The story continues directly after the events from the predecessor, so we slip back into the shoes of the protagonist Jax and have to save Magalan from the villains Skyands, who want to change the face of the planet forever. Similar to most RPG games, we start from scratch again and of course have lost all the abilities we acquired in the predecessor. Instead, there are again some moral questions we can ask. As always, some of them are quite funny and make you grin. So in terms of humor, you don't come up short. Both main story, as well as side quests offer here but many ways you can choose and become the further you get more complex, the decisions we make here, affects characters around Magalan. 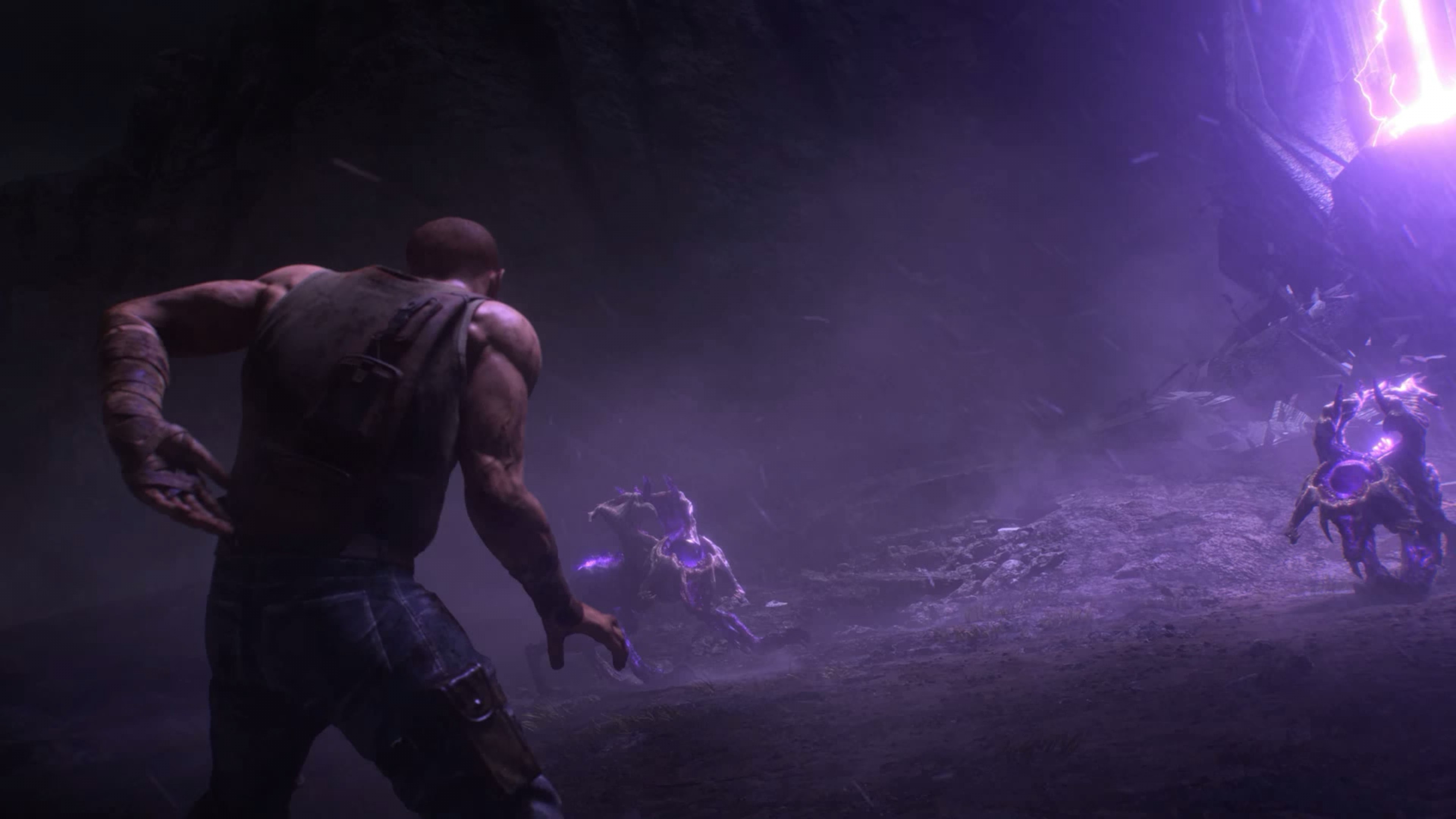 With the upgradeable jetpack we can jet through Magalan in the game, the more we upgrade it, the more fun it is to fly. We can use it in fights, for example, or to get to higher places, or just to explore the world faster.  We can join several factions, so that we work for example as a double agent for the Outlaws or the Morkons. Depending on the faction, we can also learn special skills, so it pays off twice to join several factions.

In Elex II, we have several companions at our disposal throughout the game, who join us and fight evil together, and there are plenty of them to make our lives a living hell. However, this is not because of the battles, which play as usual and also provide some variety thanks to the jetpack, but because we simply hardly receive any experience points and level up. This is a bit frustrating, especially with enemies that are stronger than us and have cost us quite a bit of power and time. Piranha Bytes doesn't make it easy for us when learning skills either, because we meet far too few NPCs who can teach us the skill and even for the weapons we need different workbenches and teachers.

Free exploration is not always worth it

A large game world that we can freely explore invites us to also visit places that are superior to us. However, this is often difficult to assess, after all, there isn't a sign everywhere that says "You're too weak, turn back". So it's worth exploring subway shafts or other interesting places only when they come as a quest or when you've already reached a higher level. 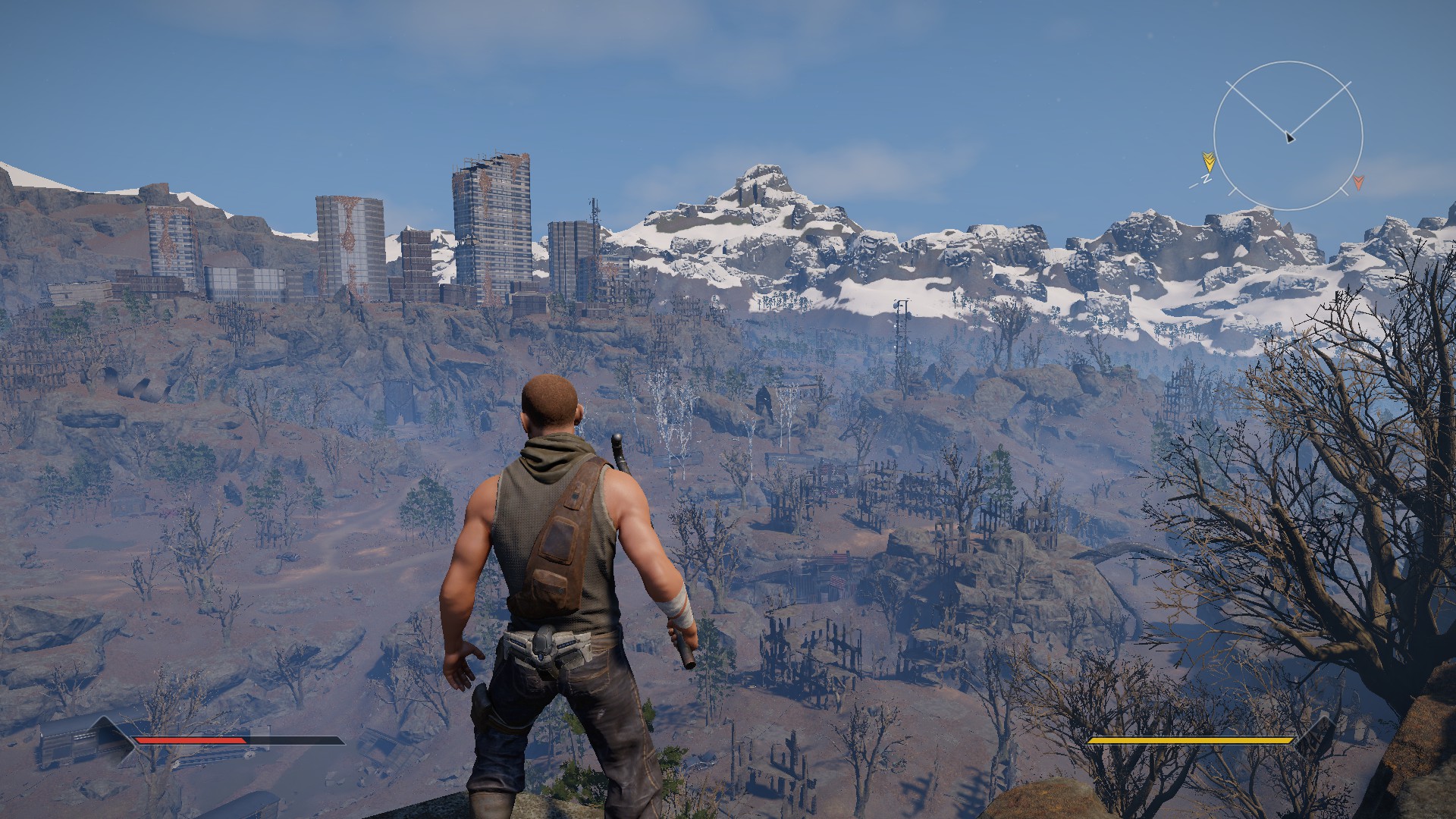 Between old-fashioned and cool

Graphically and also in terms of gameplay, Elex 2 seems a bit old-fashioned, yet I personally find this very thing to be really fun. The post-apocalyptic science-fantasy universe has been captured well, everywhere we find details to marvel at and discover, but at the same time in a flair that is only known from earlier RPG titles like Two Worlds, Gothic and Risen.  Fans of Elex will feel at home again in the second part, and even fans of old RPG titles will quickly find their way into the game. A bit more modern, but still fitting is the soundtrack, which fits quite well to the game, but with its sometimes harder tones will not meet everyone's taste.

Elex II is certainly not a game for everyone, but it does a lot better than its predecessor with some innovations. You can now enter into more romances, since there are a lot more characters at your disposal than just Caja and Nasty. The world still looks a bit stale, but it's much bigger and can be explored seamlessly as you like, even if this doesn't always prove beneficial and you should wait for a quest for certain areas and locations. Speaking of quests, whether in the main quest or side quest, your decisions now have an impact on the game, as characters react and remember your actions, this is especially crucial for the factions. The combat system has remained more or less the same, but feels a bit more dynamic than its predecessor, so you can fly through the air thanks to jetpack and elegantly dodge like a deer, at least if it has been upgraded, in addition, you can now also proceed more tactically and lure your enemies into an ambush. When choosing, however, the same classes are available to you, i.e. melee, magic, or ranged combat. The monsters are also quite stubborn and it's sometimes a bit difficult to see if our level is enough or not. What's frustrating here, though, is that no matter how strong the enemy was, you only get minimal experience points after each victory, which is also reflected in the game when you want to learn certain skills- or strengthen and customize your weapons. Fans of the predecessor and old games like Risen, Two Worlds or Gothic should definitely pick it up, because Piranha Bytes stays true to its formula and delivers a good, fun RPG that feels stale, but for that very reason entertains very well.