Recently, the next gen update was released for PlayStation 5 and XBOX X/S consoles. A lot has changed with patch 1.5, but is it now the Cyberpunk 2077 version that every gamer wanted? For this performance review, I took a look at the PS5 version, which has lost almost half of its data size thanks to the patch.

Mirroring instead of raytracing

The Next Gen update is a lot better, but not all that glitters is gold and savings have also been made in the Next Gen version. No matter which of the two graphics modes you choose, you won't see any raytracing, but mirroring effects, as known from older games. Probably the most famous game that everyone on the PS4 console should know for this is Detroit: Become Human, which also relied on reflections. However, I don't feel this technique is quite as good in Cyberpunk 2077. The only difference between the raytracing mode and the performance mode is the shadow, which appears less staircase-shaped and is softer, especially at the edges. In the city, however, this doesn't look bad at all, but compared to ray tracing on the PC, many small details are missing, which are hardly visible on the consoles. So it's an optimization but not one that you might have wanted on the PlayStation 5. 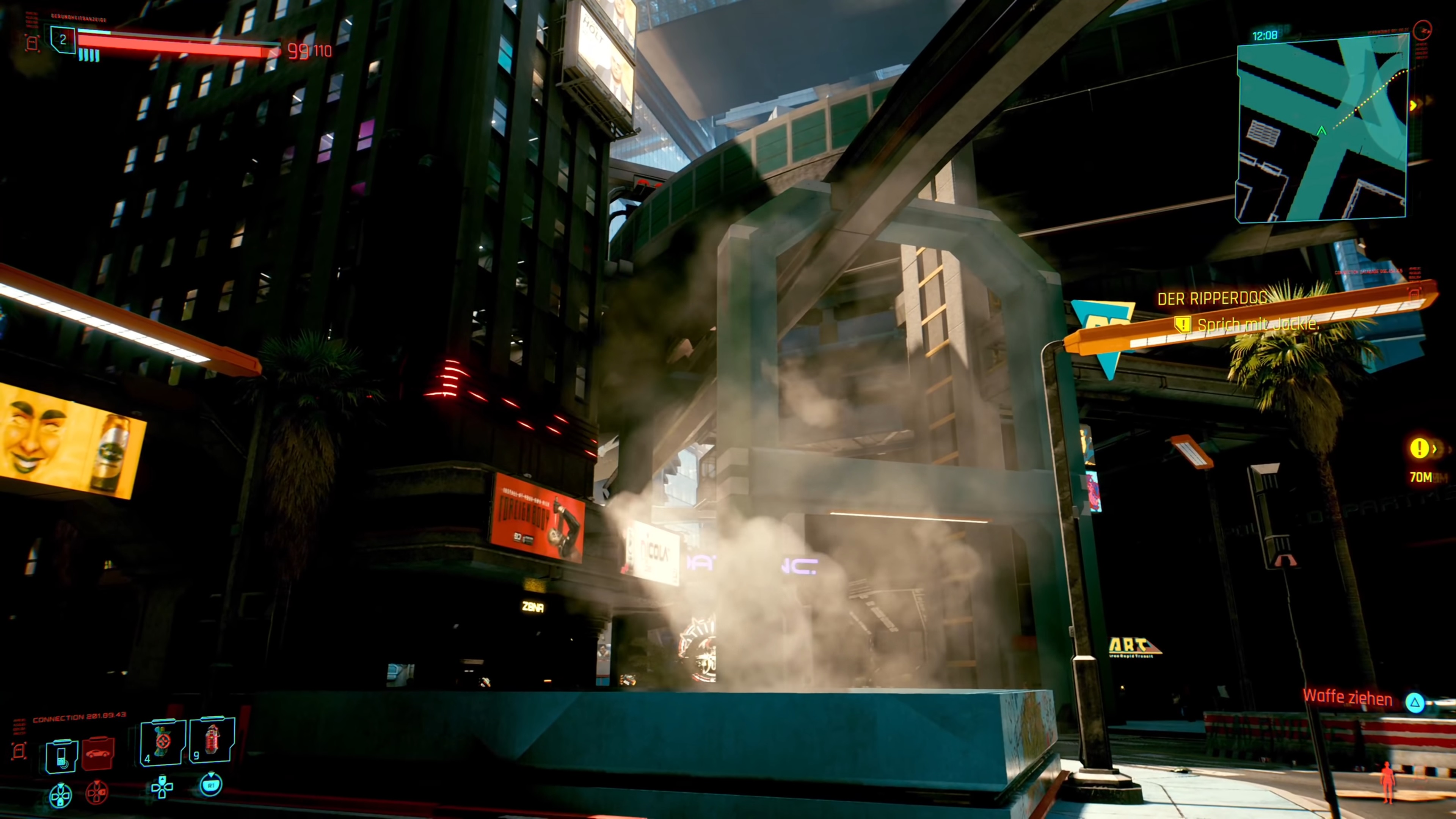 The next gen update finally brings more detailed character models to the game. These are almost as convincing as those of the PC version. The only difference here is in the color selection, so the characters look a bit more yellowish and e.g. black is not quite as crisp, which can be seen well in Johnny Silverhand's tattoo and clothing.  The popping textures are also barely visible and even look a bit softer on PlayStation 5 than on PC. These appear, for example, when driving on the road and distant areas or objects become visible. If you look a bit closer, you can see that the shadows also appear much later. On the other hand, I didn't have any invisible walls or invisible objects appearing in my test. Flickering due to textures not loading, for example in graffiti or streaming, are still present. 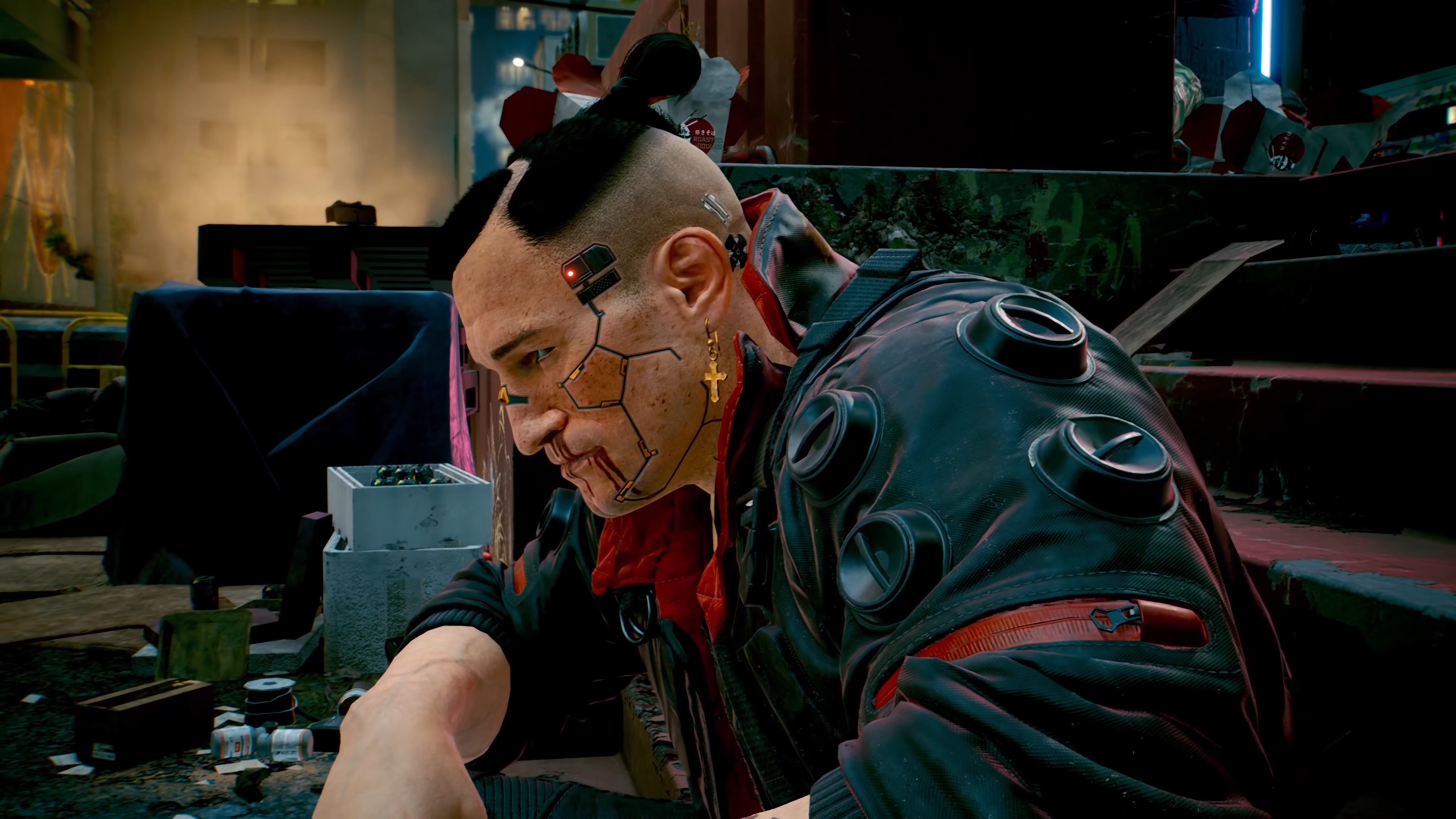 Finally life in the city

Empty streets in Night City are a thing of the past on PlayStation 5, because from now on you can expect a lively city with many different passers-by who, thanks to Update 1.5, will even react to you if you accidentally point your gun at them and start a shootout.  The good thing here is that they won't disappear if you simply turn around for a moment. However, a full city means fluctuating framerates in terms of performance and of course glitches are also much more noticeable than before. 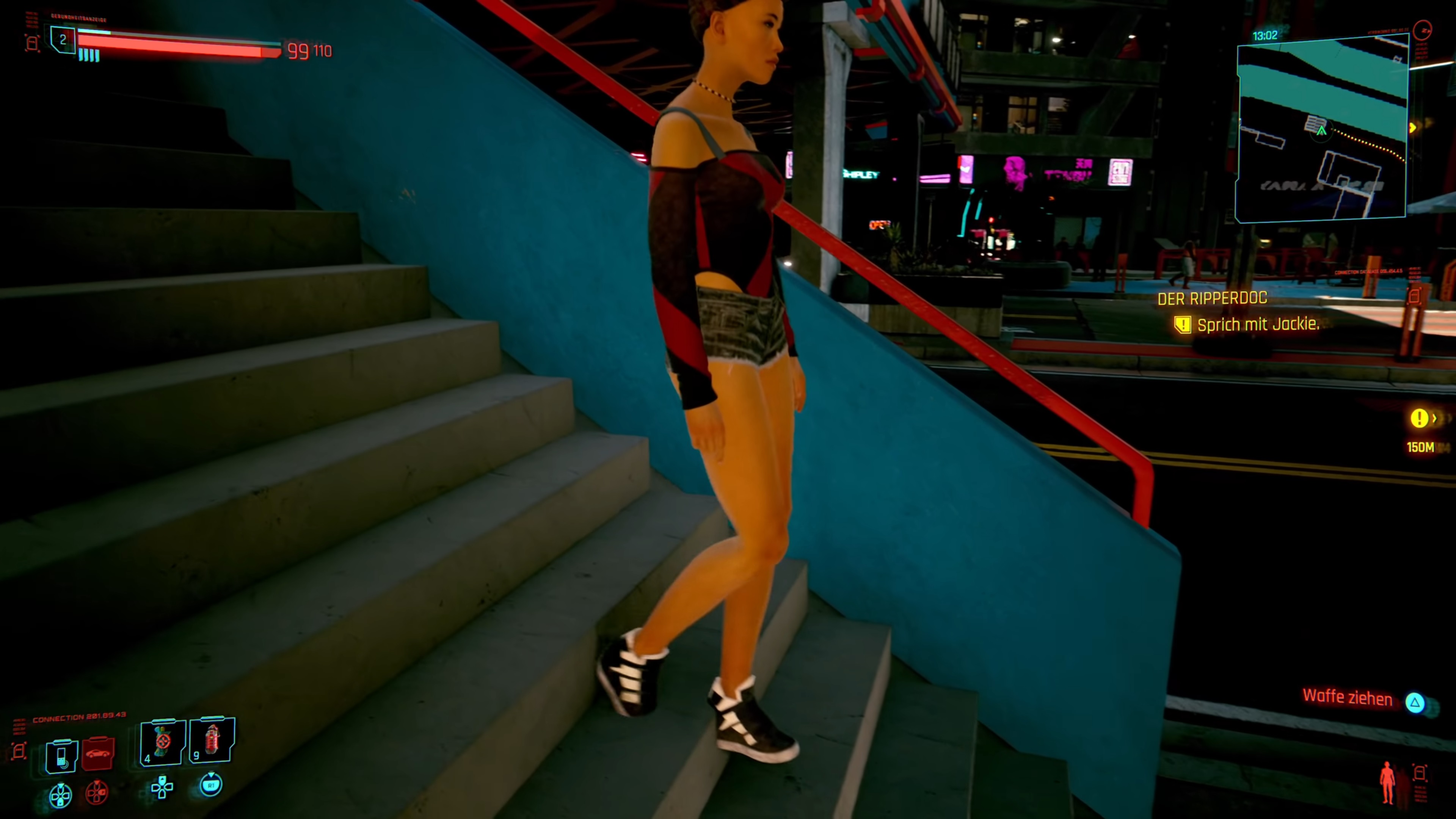 Cyberpunk 2077 is a great game that simply could have used more time from the beginning, but at least thanks to the Next Gen update it has become playable and even really fun. The crowded, vibrant streets, responsive characters and more make Cyberpunk 2077 what it should be. However, it still needs numerous patches on the PlayStation 5, the framerates are not stable in performance mode and 30 FPS in ray tracing mode is not acceptable for what is offered, since ray tracing cannot be spoken of here either, much more the outdated technique of reflections is used, which is visible in some places, so shadows do not look quite as nice as in the PC version, for example. Nevertheless, I'm glad about the Next Gen update, but I would have hoped for more in terms of graphics and performance, but until we probably see a properly optimized PS5 game, a lot of time will pass.