In the Western Stealth Game by Honig Studios and Quantum Frog you won't find any shootings, but an exciting escape from a monastery that contains a lot of paths that will lead you sometimes to a dead end. In my Revview I will tell you, if the game is as good as publisher HandyGames promised.

In El Hijo we slip into the lead role of a six year old boy who wakes up one morning and visits his father's grave with his mother. But instead of going back on the normal route, the mother practices with us in a tutorial, how we sneak past enemies, crouch, etc., suddenly further in the distance the mother sees smoke, Bandits set the house on fire and there is nothing we can do about it. To protect us, the mother takes us to a monastery, where we will live from now on. However, we don't like this at all and try to sneak out of the monastery. From here we have to try to get past monks and sneak our way to freedom. The further we go, the better we get and also receive things that we can use to distract, such as stones or a wind-up man. Sometimes we slip into the role of the mother and have to sneak through bandit camps or trains. The aim of the game is to reunite both at the end again. 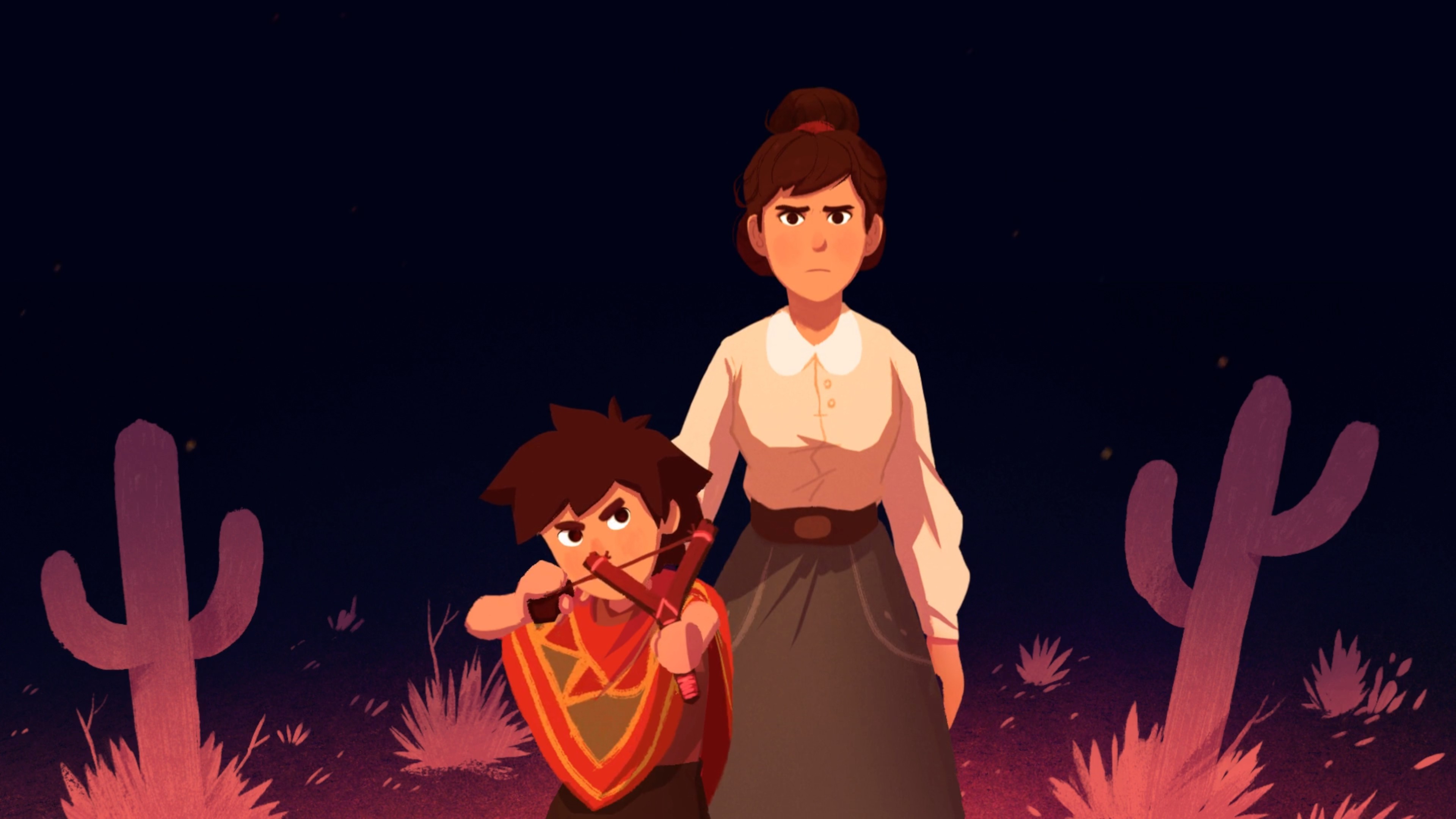 Sneaking is really fun and reminiscent of the old Hitman and Thief games. We have to consider a few things, such as bright rooms or light that is generated by lamps. The monks are constantly on guard and of course try to stop us when they see us, so we must always take cover, be quiet, sneak past them, distract them or use the darkness to our advantage. As I said, all of this is great fun, but unfortunately this fun is often ruined by stupid AI, so the monks or bandits always react differently, one person can even see us in the next corner, for example, if we do not bend down and another not,  even though we are five meters away from him and not using cover. Anyone who thinks that small children can easily be overlooked because of their size is right, but these mistakes also occur when we play the mother. The same applies when they see us, some monks or bandits also catch us when we hide in pots, for example, and others stop right in front of us and pretend nothing had happened.

The game suffers from a few bugs, but I have to say that I've only had one so far where I had to get caught and that was when I was playing with the mother and got stuck on a haybarrow and couldn't get away from the spot. The checkpoints are well placed, when we pass them, so that we don't lose too much progress. 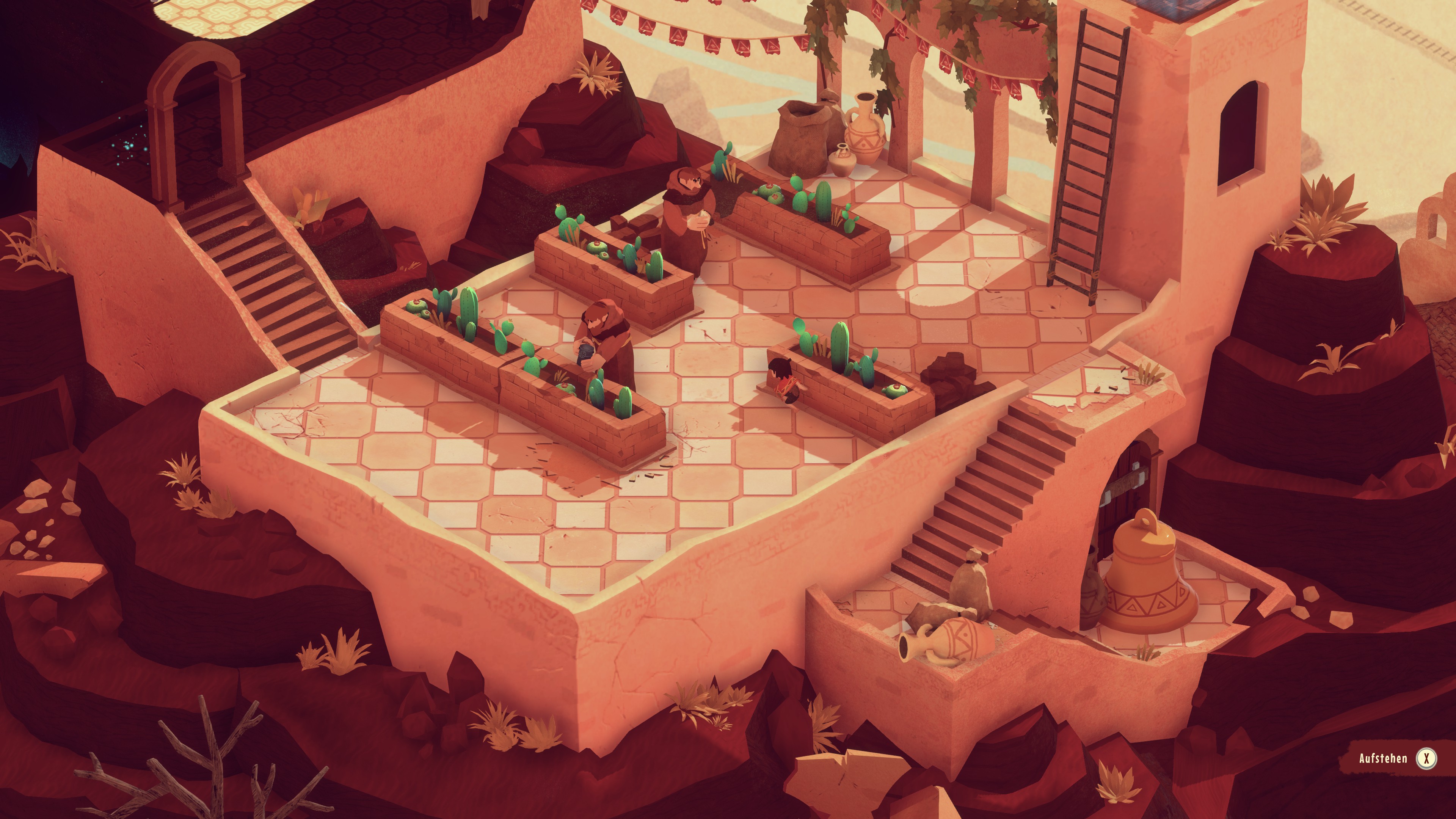 El Hijo was beautifully designed and very lovingly, above all, there are small details everywhere, the graphics look enchanting, nothing stands out extremely and the levels are also varied, so we play on different levels in the monastery, sometimes in the garden or on a train etc. that looks really very nice. The music and the effects were also hit nicely, when the little boy exhausted himself, he sighs, that reminded me of ICO. The children we meet on the way, are laughing and playing, that was done very nicely even without any voice actor.

With a playing time of two to six hours, “El Hijo” is not very long, but it is a lot of fun, sneaking, hiding and finding the right way. I also had a lot of fun with the levels where you play the mother, because these Levels add a lot of variety to the game. It is a shame, that the AI ​​is often so stupid, because this reduces the fun of the game a little bit, especially when we keep a hand's length and they don't see us during the day or look for us ro catch us.