THQ Nordic is also on the hunt for a remasters, first SpongeBob, Destroy All Humans and Kingdoms of Amalur and now, after 17 years, Aquanox: Deep Descent. But can the game still be popular today or are 17 years just too long ago?

It all started thanks to Kickstarter

Many games owe their future to Kickstarter, including Aquanox: Deep Descent. When the campaign started a few years ago, hardly anyone believed in success, but hope dies last. A total of 2,060 supporters contributed a total of $ 95,979 to make the project a reality. On October 18th, Aquanox: Deep Descent was finally released.

War, destruction and the exploitation of resources have turned the world of Aquanox into a desolate wasteland in which people can no longer live. So the rich and powerful peoples went underwater and founded a new empire there. However, it is difficult to change habits, so it did not take long before greed, delusions of destruction and misbelief divided people into warring factions. We play as the protagonist Kaelen, with his three companions who has to fight against many dangers that the post-apocalyptic world of Aquanox offers. 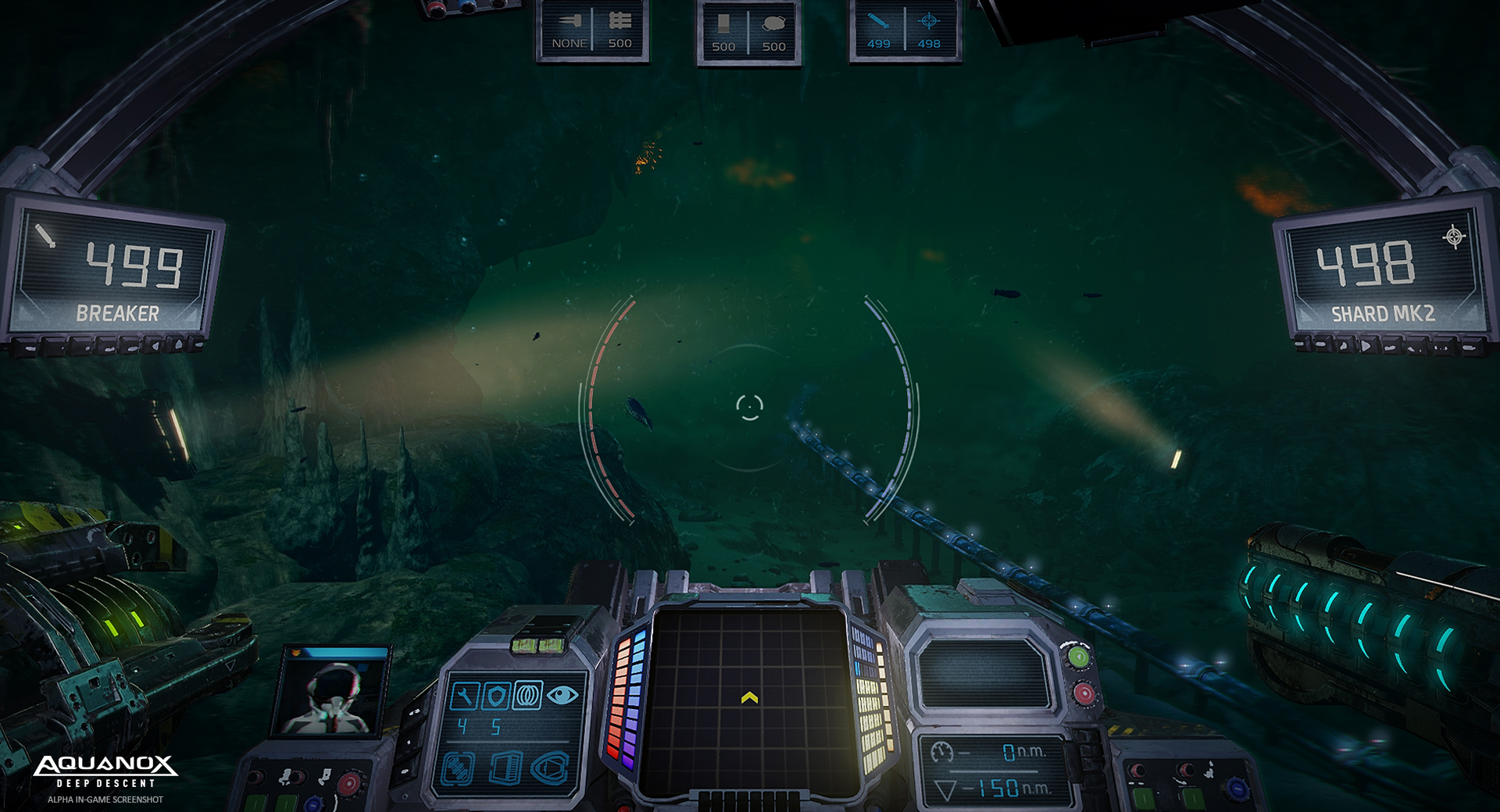 For all missions that you complete with your team, you receive credits, with these credits you can upgrade your ship, buy skins, change its appearance and much more. However, it is not always easy to farm enough credits. If you play alone, you get a rather stupid AI and also have limited ammunition. That means, depending on the mission, it can fail faster than you can see. It is therefore advisable to play the game with up to three friends to enjoy the game.

The fights are fun with friends, but not as a solo player with the bad AI. What works well at the beginning turns out to be impossible later in the game. In addition, the fights quickly become boring, as the level design is kept very small, with blocked rock walls, sunken buildings or rusty industrial plants.

Most of your faction all have a great life, one is an engineer, one is a researcher, the other is an assassin and you? Well, you and your crew are just characters that you can't keep in mind. Just like the poorly written dialogues, which unfortunately drag the gameplay pretty much into the basement. There is no depth at all, so it is very difficult personally for me, to continue playing and to finish the game at all.

Aquanox: Deep Descent was originally supposed to appear with Unreal Engine 3, but the developers decided on Unreal Engine 4, which means that the graphics are really well done and of course a lot better than the original 17 years ago. In terms of color, the game is also based on the first part, so it is more colorful than dark and gloomy. The underwater effects look good and thanks to the depth of field and the well-made fog, the backdrop looks very realistic, as if you were actually under water. Musically, the game is accompanied by good sound effects and a very good soundtrack that emphasizes the atmosphere of the game.

Aquanox: Deep Descent is not a bad game but in the status in which it was released, it is simply not timely, the AI ​​is so stupid that the further you get the fights are simply no longer feasible. The credits to upgrade the ship are very hard to get and everything degenerates into a grind. The dialogues are poorly written and the characters exist in the game, but after the game you have forgotten them. All in all, I'm a bit disappointed with the remaster, especially since it took a long time until it was finally released.

when do we get his steam key for this game