No One Lives in Heaven 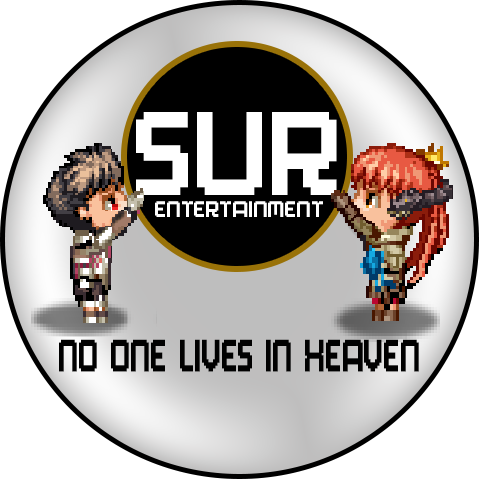 The German developer and publisher team SuR ENTERTAINMENT released their first game on 6/11/2020, it is called "No one lives in heaven", RPG-Maker fans should definitely take a look at it. In my review I tell from my experience with the game and note directly that there is also a free demo, which you can use to see the game for yourself.

After the great era of the late 90's, RPG maker games became more and more rare and faded into the background. Meanwhile many years have passed and the poor NPCs were simply forgotten. Until the day you enter the game and give hope to the forgotten NPCs in "No one lives in heaven". As the only human it is your task to help the NPCs by completing main tasks and side quests to advance the story. In five different continents you have to face a lot of dangers and make decisions that affect the Story.

In "No one lives in heaven" there is no particular order you have to follow, you can first devote yourself to the many side quests and solve puzzles, debate like Socrates, collect mushrooms, wood and other things, or you concentrate on the main missions and explore the five continents to find out why you landed in "No one lives in heaven", where you have to show your skills again and again in Arenas in order to get certain items to complete your quest. 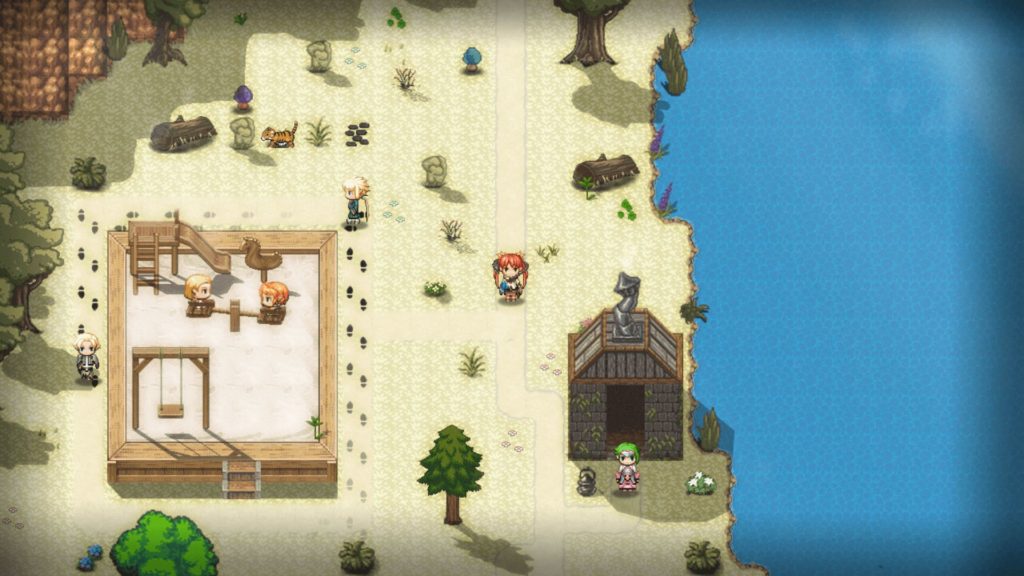 Most RPG Maker games are pretty grind heavy, you have to fight a lot to level up to complete the next mission and defeat the countless bosses and enemies to get ahead in the game. In "No one lives in heaven" it's different, of course there are fights like the arena fights and soldiers we have to defeat, but everything else is optional and even with a lot of the soldiers, we always have the choice to deal with them differently than with violence. Everywhere in the game world we encounter dogs, cats, or chickens that we can catch, these animals can be used in fights like companions, they fight at our side for one round, but alternatively we can also use a magic spell to summon a rat, similar to the Guardian Forces (GF) in Final Fantasy 8. All companions only fight with us for one round and then disappear, no matter if they have enough life left or not. So it's advisable to collect as many as possible, because the monsters are pretty strong in "No one lives in heaven". Tthe rat on the other hand can be summoned anytime as long as we have enough mana.

Save at any time

A very important and useful feature is that you can save your progress at any time and have over 20 slots available for this purpose. Saving is also possible during mini games (e.g. Spacerace). At the beginning of the game you will also be asked if you want to activate Auto-Save or not. If you answered "yes", the game will automatically save your progress at important points. Nevertheless I recommend you to save as often as possible, because you never know where the next death is waiting. But also for quests it can be very helpful, for example if you have made a decision you don't like anymore after you have seen or read the consequence.

I love side quests and if I'm honest, for most RPGs that's my main activity before continuing the main quests. And that's exactly where "No one lives in heaven" has a lot to offer, because even though it has really extremely many side quests, they don't feel boring and repetitive. They are fun and some quests are really hilarious, for example we can play pranks with a certain NPC or knock on stores and run away. But also the writing is really good and interesting, just like the characters themselves. You can easily spend more than 20-30 hours only with side quests. 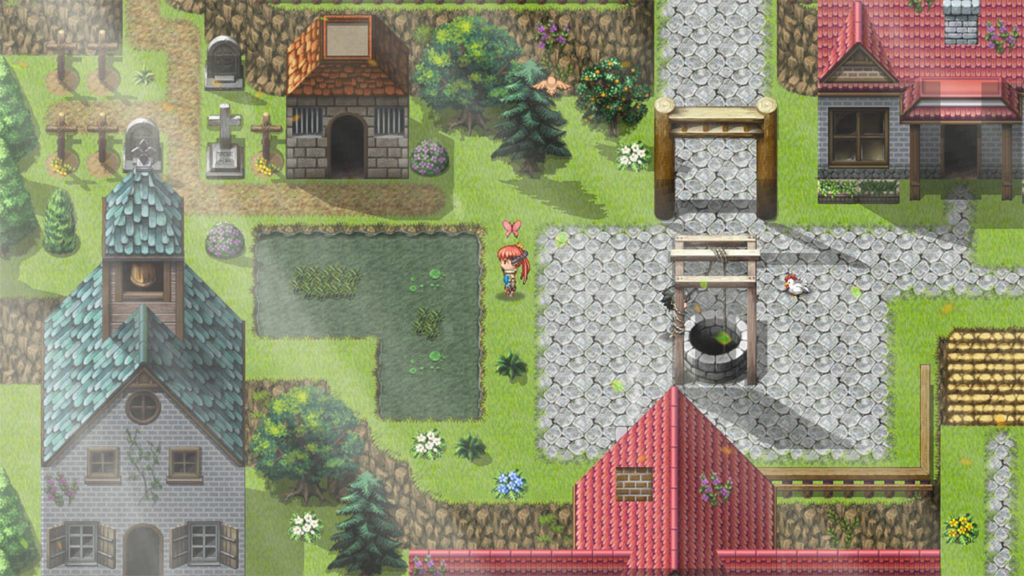 Much love for detail and gameplay

An incredible amount of love has been put into the game, which you can see not only in the dialogues, the quests and the beautiful characters, but also in the level design. The maps are quite small but you see so many different places and smaller cities, nothing is crowded and you don't have the feeling as if you always see the same houses with the same furnishings, everything is varied with many small different details. Even the bathroom is completely usable. Hardly any object in the game was simply clapped, if you click on a tree, for example, a text that is so true appears. Sometimes I have the feeling that the game was written and programmed just for me. I also like the communication of the developers, who really care a lot about bugs and problems and also respond to feedback from the community or help with tips.

Graphically, the game is really very nicely designed, especially if you travel further to the continents. Really good day/night lighting. But you have to like pixel-art and RPG-Maker games, if you are looking for AAA graphics here, you are in the wrong place in this genre. Musically the game is accompanied very well, the sound is not obtrusive and adapts well to the situations, also the sound effects are well done, all in all very harmonious.

Vampires Dawn, Light and Darkness and Fire at Midnight and many more RPG Maker titles were in my Top 10 list, but as big as the demand was at that time, it faded away so fast and at some point there were less and less RPG Maker games, or let's say better, less and less really good ones that captivated you. And "No one lives in heaven" is exactly what I have been missing in the genre, an RPG maker game with a heart, where it's not about making fast money, but presenting a high quality game that is fun, varied and tells a really good story that we are allowed to shape ourselves. Despite many side quests, every quest feels different and is therefore not so repetitive, the fights are optional with some exceptions and you don't have to spend hours of grinding to push the game hours or to be able to complete the next main quest. The characters are funny and all have their own character, the stories are varied, sometimes funny, sometimes serious, sometimes quite normal. But actually never in such a way that I had the feeling to click them away quickly, like in some other games.

I can highly recommend "No one lives in heaven", even if the price of 20$ seems to be too expensive for many people, you really get a lot here and the playing time you invest here is real playing time, no grinding or annoying questing just to get ahead, try the demo yourself and get a own picture of the game, I'm sure if you like the genre, you won't be disappointed.

No One Lives in Heaven
Story:
80%
Gameplay:
90%
Graphics:
85%
Sound:
85%
Fun factor:
90%
Atmosphere:
85%
Pros and Cons
Very well written dialogues
Varied missions
Many side quests with over 20h playing time
Charming NPC figures with their own character
No grind or game time push
The five ContinentsVery are well done
Good story and sound
Save at any time
Decisions have an impact on the story
Two different Endings
Free demo available
A few bugs, but Devs are working hard to fix them

No one lives in heaven