Kingdoms of Amalur: Reckoning was first released in 2012 and has now been re-released as a remastered version by THQ Nordic. You can find out in this Review, if the Game is worth a second buy or what changed.

The action role-playing game Kingdoms of Amalur: Re-Reckoning received some improvements thanks to the remastered version, which actually has positive effect on the game. However, please keep in mind that it is a remaster and not a remake. The better innovations include a better camera view, slightly more detailed graphics, adjustments to enemies and loot as well as three extensions, one of the extensions is completely new and will be released in 2021.

Thanks to the new camera options, Kingdoms of Amalur: Re-Reckoning plays a lot better, because the camera can now be adjusted in height, distance and FOV. This is actually much better than the widescreen fix that was modded ffor the original Game.

Graphically, the game was already a stunner back then, so it is not surprising if only color adjustments were made here, which do not make the game look much prettier. The comic style has not be changed. The lighting has been minimally improved and shows a greater dynamic range between light and shadow, which results in greater sharpness. You can see that in the game world and in all the dialogue sequences. The PC version also has ultra-wide screen support. 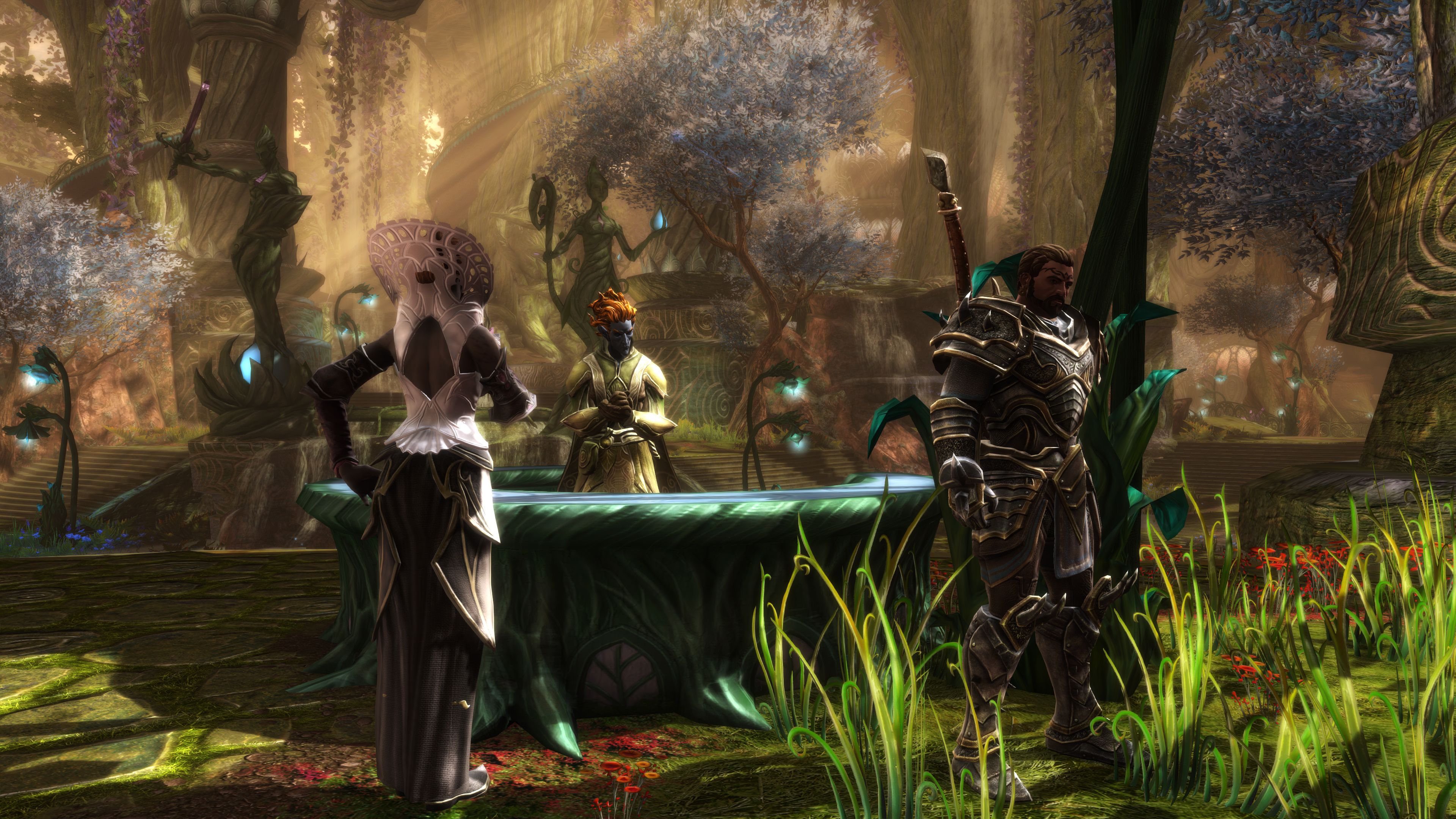 Adjustment of enemy levels and loot

There is a new difficulty level "very difficult" in the remaster, here opponents have a higher level and cause more damage compared to the player himself. Thanks to the improved loot generation, we now receive more items in the game that are geared towards our abilities. The minimum and maximum levels of the opponents have also been adjusted, if we now enter an area, the levels are adjusted individually, so there is more dynamism in which we do not become overpowering. In the original, the levels were adapted to the player and not changed. That means, even if we increased the level, the opponents got stuck in the previous level. This is no longer the case. The level of difficulty that we have chosen also plays a role now. The fights are now more challenging compared to the original.

In Kingdoms of Amalur: Re-Reckoning both expansions of the original game are included. So you can play "The Legend of Dead Kel" and "Teeth of Naros" directly after the main story, if you haven't already had these two add-ons. Lots of main and side quests await you here. In addition to new items, three "Twists of Fate" and another home will be added to the game world. The weapons and armor packages are also included in the remaster.

The upcoming expansion "Fatesworn" is new in the remaster. The expansion will contain new main and side quests and will last about five hours. The exact description is as follows: "Agarth visits you and explains that the resurrection by the gnome in the Well of Souls has caused massive disruptions to the Weave. You are the ‘epicentre’ of the potential dissolution of the Weave or the beginning of the first threads that will start to unravel in the Weave." 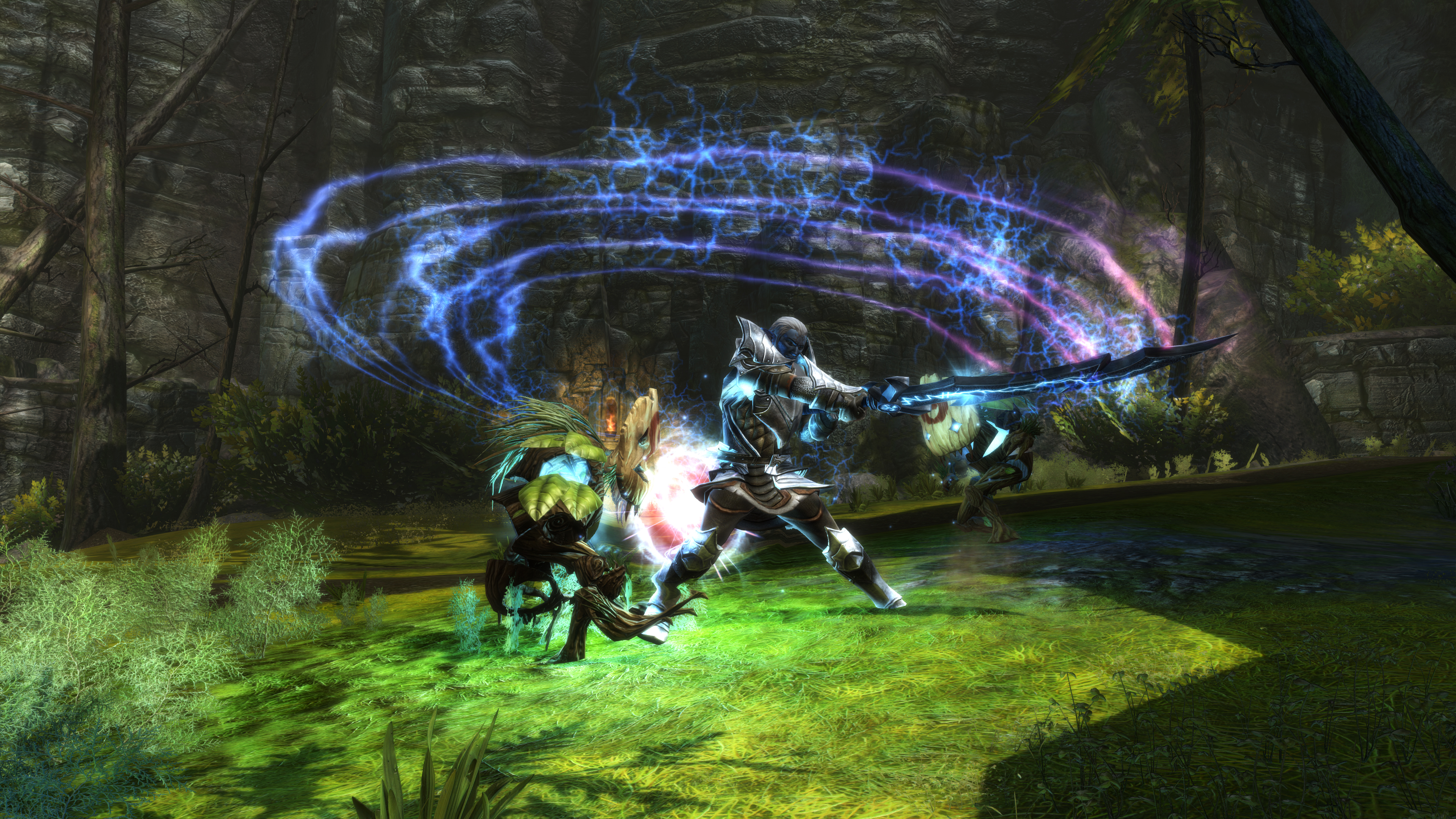 The expansion is part of the Kingdoms of Amalur: Re-Reckoning FATE Edition. If you own the Standard Edition, you have to pay extra for the expansion.

Steam users with a 50% discount

If you already own Kingdoms of Amalur: Reckoning on Steam, you will receive a 50% discount when you buy the remastered version. This discount is exclusive to Steam and is not available for console or Origin owners.

Anyone who has the original on Steam can access it without hesitation if the price discount and the changes are of course sufficient for you. The new camera option is definitely worth it, because it is easier to play with. The graphics have been slightly improved, there is an additional level of difficulty and the opponents adapt more to the player level. I think it's a bit unfair that only Steam users get a discount, but if you don't have both extensions and are interested in the upcoming extension, the current price is also worthwhile. Origins alone costs around € 25 for both extensions.

All in all, the changes are a bit less and only justify the full price you don´t own the game and the expansions or if you are satisfied with a slightly improved version. Nothing has changed in terms of play and the improved prey is hardly noticeable.

pls give me the game