The era of real-time tactical games began in the 90s, starting with the successful title "Commandos - Behind enemy lines", the "Men of Courage", which was published three years later, and in the same year "Desperados - Wanted Dead or Alive", in which it was the first time players moved to the Wild West instead of war zones. After the offspring "Helldorado", which appeared in 2007, the series was very quiet until 2020. Can the development studio Mimimi Productions from Munich with "Desperados 3", after their successful tactical title "Shadow Tactics - Blades of the Shogun "also convince in the Wild West?

Desperados 3 is a prequel to "Desperados - Wanted Dead or Alive", so we get to know all the companions first. The main protagonist remains John Cooper and yes, there are new and old characters. Players who never played any Desperados Titel before can find a quick start into the game, previous knowledge is not necessary and does not add any value to the game. The actual story revolves around a revenge plot and the railway company Devitt Company, which is not told as strongly as in the first two parts. But if you can settle for a 0815 Western story, you will be entertained. The strengths are clearly in the gameplay.

From trapper to voodoo lady

In Desperados 3 we have five characters with different abilities, our main protagonist John Cooper distracts enemies with his coin before he quietly punches them off or throws them off with a knife, alternatively he can kill several opponents with his revolvers, "Doc" McCoy unpacks his lethal injection or stun arrows and can also kill opponents with his tailor-made long-range pistol, the trapper Hector Mendoza lures opponents into his giant bear trap called Bianca or slays them with his ax, the irresistible Kate O'Hara drives the men crazy and kills them with their hidden pistols and voodoo lady Isabelle Moreau enchants the game world with her voodoo magic. Speaking of the game world, you will see many different places and large cards to have enough fun. 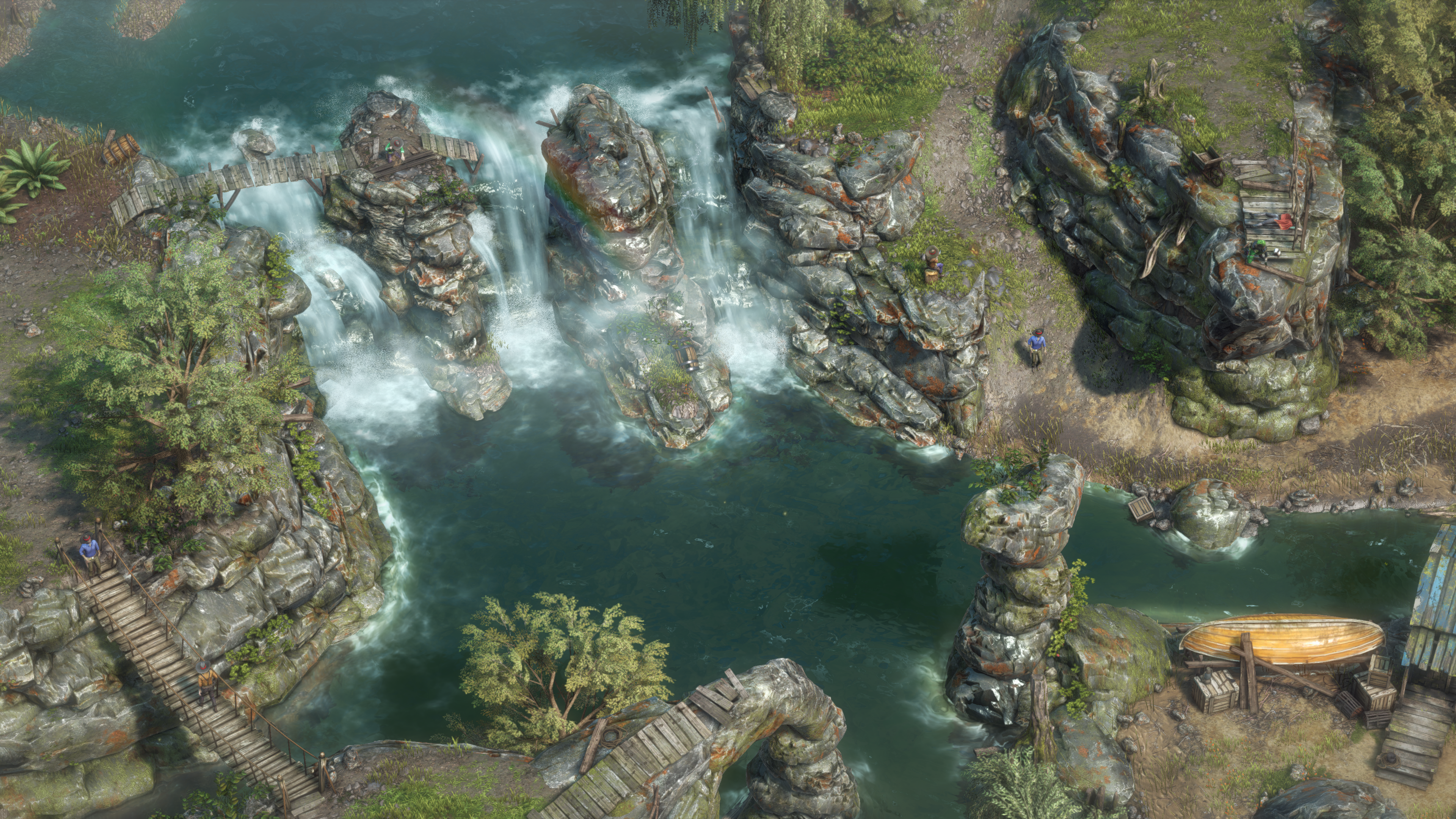 Most of the time we don't play with all characters at the same time, the tasks themselves, but hardly differ, because we have to kill our opponents and travel from A to B. The goal, of course, is to stay alive, which is not always easy. The opponents leave little leeway if you do not act tactically. Good that we have access to the cones of our enemies with pushing a button, so we get an overview and can choose the path we want. So there are almost always four ways in which we can sneak up, distract the opponent, lure him or kill him by "accidents". But if you want, you can also choose to start a shootout, just like in the Wild West, you shouldn't forget that you use a lot of ammunition that doesn't exactly exist in quantities, and you also attract a lot of enemies and guards who are distributed on the map. This tactic should therefore only be used in an emergency.

Individual opponents get bored in the long run, glad that in Desperados 3 there are also groups of opponents who patrol together and keep an eye on each other. The skills of the team chambermates must be able to be assessed well and the timing must be perfect. That sounds difficult, but it is not, thanks to the showdown mode, which is very helpful here, because during the showdown mode the game is paused and gives you the chance to think carefully about the next moves and without any time pressure. With one click the whole thing will be activated and has been completed, and the option to accelerate the time is also very helpful here, for example if a patrol is on the way.

We have 16 main areas that bring a lot of variety and challenge the player, so we are sometimes in fly-contaminated swamps, in a big city, in the mountains or river areas. The camera in the game can move freely and we can zoom in and out. Due to all the help in the form of cones, noise radius or alarm displays, the screen is quite crowded, this is particularly noticeable, for example, with quite small monitors, for example 15-17 inch laptops. The graphics in the game are quite chic and detailed, the animations are also impressive. The voices are pleasant and go very well with the characters, who have also been beautifully designed. The soundtrack and all the acoustic sound noises are very well done and round off the gameplay. 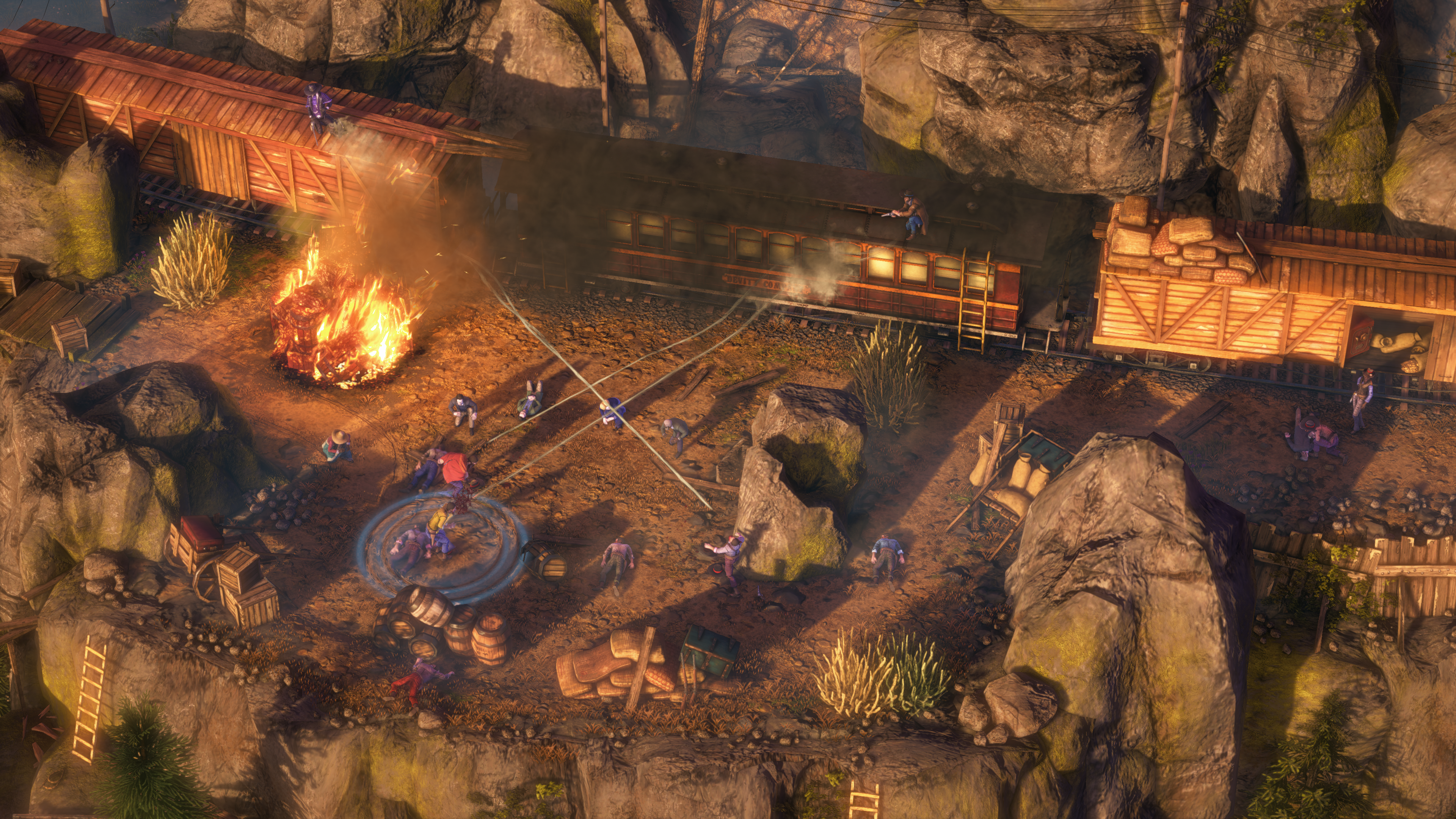 On July 23, the first free content update for Desperados 3 was released, which brought new content into game for the characters with the "Baron's Challenge Mission Pack # 1", so fans who have already got through the game also have four missions waiting them. In addition to the content, the game has been improved and include Borderless Fullscreen Mode, Enhanced Renderscale Support, and the Tobii Eye Tracking Tool.

Fans of real-time tactical games will have a lot of fun in Desperados 3, but newbies and western veterans can also spend many hours in the very beautiful game world. The story itself is sometimes a bit boring, but the strong gameplay makes up for it. The animations, the characters and all the soundscape, as well as all the mechanics that can be used in the game, are also very well done.