The Resident Evil 2 Remake puts you in the shoes of either Claire Redfield, Chris Redfield’s sister, or Leon Kennedy, rookie and eventual zombie killing badass. You make your way through a sprawling police station and a few other locations, killing zombies and monsters, opening specially keyed doors, solving puzzles and trying your best to not get killed… or defecate in your pants. Better put a tarp down, because this game is scary as hell.

From a story perspective, the game is largely intact in terms of the original source material; you enter Raccoon City, which is in the middle of a pretty bad case of zombie outbreak, make your way to the Raccoon City Police Station and start to unravel the threads of the plot from there. Regardless of which character you choose, you’ll run into the other character as an NPC, but situations will force you apart, be it flaming wreckage, falling debris, or a horde of the undead. It was somewhat surprising to me just how little you interact with the other playable character throughout the adventure, but then again, Leon has a major NPC he interacts with throughout and ditto with Claire, so it’s not an entirely lonely experience.

You make your way through the game trying to solve the mystery of the city-wide infection, which leads you into sewers filled with monstrous mutations of nature and sterile labs under the police station. Along the way, you’ll run into (and afoul of) shadowy government agents, police officers fighting to save the city and a host of monsters, each more gruesome than the next. Mostly, you will be by yourself, and the game takes full advantage of your isolation and fear.

RE2 is excellent at ramping up terror and making you feel like you have very little business in the conflict, whether you play as Claire the college student or Leon the cop. I was consistently blown away by how well the developers ramp up the tension and the difficulty, with some of the best atmosphere I’ve ever encountered in a game. I never felt like I was on top of things, even 6 hours into my first run-through as Leon. Whenever more than one zombie would show up, it would result in a tense encounter and to be honest, I was often worried even when battling a single zombie, due to the great way they shamble, stumble, lunge and bob. It almost seems like each zombie has their own way of movement, often zigging when I expected them to zag, or suddenly pitching forward in an aggressive lunge when I was expecting them to docilely take a bullet to the teeth. If the actual zombies and monsters seem scary, then the environments themselves are almost doubly terrifying.

From the blood-splashed halls to blind corners of laboratories that were clearly polished to a sheen before some freakish horror barfed their guts all over the counters, enough cannot be said about the environments; they are simply fantastic. Everything's just so perfectly layered, as far as a place that once was a functioning space, perhaps a bit on the boring side, rendered horrific and desperate due to small touches littered throughout the world. There is so much detail packed into each level, room and corridor, I could write five hundred words just describing them. They are phenomenal.

The main locations are sprawling, blood, water or sewage soaked affairs, and twisting though they may be, most of the levels are quite intuitive. Still, for a dummy like me who is constantly getting lost in real life and in games, I loved the color coded maps that let me know if I’d already been in a room or solved the puzzles/obtained the objects inside. It made things a lot smoother, especially when I was running low on ammo and not 100% positive if I really needed to head back into a room I was standing in front of, knowing damn well that I hadn’t taken care of everything inside, enemy-wise. Further, once you get used to, say, a floor of the police station, knowing the windows are boarded up (boards are a new item in the RE2 remake) and the zombies are dead, a story-event will release a swarm of lickers, surprising you all over again. The game is masterfully designed and handled.

Speaking of running low on ammo, after the first hour or so, I settled down and got back into that dusty groove of the early games of the series, which meant conserving ammunition every chance I could get, trying to avoid fights whenever possible, and gritting my teeth and taking a hit (or chomp) when I knew that I had more health items than I had ammunition. Still, holding my fire whenever possible and running like a little girl jumping into bed after turning off the light, I still was running pretty low on ammunition when the campaign was over. That might sound like a pain, but it effectively kept the tension high throughout. Even with the game's final, most powerful weapon, I still had to restart a checkpoint from getting too overzealous with my firing.

This is a fantastic game. The weapons are fun to use, the controls are tight and responsive, the extra modes are fun, the combat is a blast (no pun intended) and the difference between the two character’s campaigns are substantial. The only reason to not play this game is if you are squeamish, already have high anxiety, or only own one pair of pants.

Resident Evil 2 Remake
Pros and Cons
Controls are tight
Combat
S-C-A-R-Y
Environments are as beautiful as they are gory
Fresh take makes the game seem brand new
Story is somewhat lacking, even playing through both campaigns 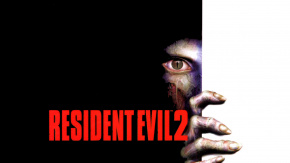