Available for PS4, Xbox One, and PC

In PTSD Simulator, you and a squad of weirdos are tasked with taking enemy objectives by way of occupying territory or detonating caches, while murdering the opposition and trying to avoid murdering your teammates. Core aspects of Insurgency include a low time-to-kill, authentic military/paramilitary combat roleplay, and hardcore competitive play.

There isn't a ton of story here, and by that, I mean none. The game is focused on the action. Standard game modes are Push, Firefight, and Skirmish, and each usually consists of the two teams killing one another until one runs out of reinforcement waves (which are used up when respawning dead players), but also involve capturing a series of control points or destroying supply caches. Levels are quite large, with many different avenues, thoroughfares and passageways for someone to flank and murder you and your squadmates. Alternatively, Checkpoint has you battle through AI enemies instead of other players. While the levels are fairly massive, there is a distinct lack of both quantity and visual variety in levels.

The two factions, Security and Insurgents, have equivalent arsenals and classes with some minor differences. Though more specialized weaponry is limited to certain classes, there is considerable leeway for customizing and creating a kit that suits your particular role. No matter what your equipment is, one bullet to the chest or molotov to the face kills you dead. In general, the unforgiving nature of the gameplay is the main factor that will determine whether a new player will enjoy themselves or not, including the rather poor attitudes of its existing playerbase.

Environmental texture work is consistent, and spaces are filled with numerous unique objects for detail. Characters have decent textures for clothing and gear, but hair and skin are both strange to a distracting degree. Smoke, fire, and other effects are adequate, though areas of effect are larger than the visual effect appears to cover, and smoke tends to disappear if its source is culled from your view.

Animations for both first-person and the world are tight, weighty, and deliberate. There are some edge cases that appear to have been poorly implemented, such as going prone clipping legs through walls and the ground, and weapons clipping into your head when blocked by world geometry or putting a gasmask on. Additionally, performance is an issue; slowdown occurs even with many options reduced or off, and visual errors are quite frequent.

Where Insurgency truly shines is in the audio department. I'm convinced that the developers actually sent their voice actors into combat and really murdered them to get such horrific sounding screams. Other than horrible death rattles, the voice work is superb; players also have voice comms that are transmitted to the world, meaning anyone can hear it based on distance. Audio mixing for the various weapons, gadgets, and explosions is suitably powerful without blowing out your eardrums. A few issues I had were footsteps being weirdly quiet, and that the source of a sound is often difficult to pinpoint.

Insurgency: Sandstorm is a perfectly acceptable military simulator. What it really lacks is polish, both in terms of graphical fidelity and performance. Strangely, its attempts at differentiating itself from more arcadey competitors keeps it firmly within their direct influences. I recommend this game for someone seeking small-scale competitive multiplayer, as well as authentic military stuff. 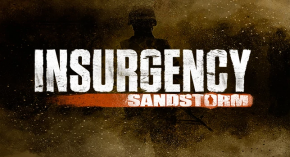