I've been waiting for Hellsign for quite some time. It's a game where you take on the role of an under-equipped, under-prepared "scout" who, instead of running in and kicking otherworldly ass, is really supposed to come in a prepare the place for the ghost busting badass. You are a paranormal investigator, and you identify what is haunting haunted houses by searching for clues, discovering hidden artifacts and shooting a lot of spiders. As you slowly up your arsenal, stack greenbacks and learn more about the things that go bump in the night, you'll become much more formidable, and start to feel like a bonafide ghost-buster yourself.

The game is tough out the gate, and the combat is initially difficult to the point of frustration; I tried the lowest level missions (the only ones I could accept due to my low reputation), which are mainly searching for clues and occasionally facing the game's two lowest level creepy crawlies, centipedes and spiders. I was eager to get in there, loading my rusty pistol, preparing my torch and charging into the haunted houses with a purpose. I promptly lost 4 missions in a row, and badly. Things were not off to a good start.

In those first couple hours, I couldn't seem to hit anything I shot at, the dodge seemed, well, dodgy (in a bad way) and the clues were obscure and confusing. The spiders and centipedes creepily scuttled around so fast that I couldn't draw a bead on em and when I could hit them, it would only take down a third of their health. Basically, I was being killed over and over by spiders, which, as most of you know, is rather demoralizing. If you can't kill a spider, you probably shouldn't be gaming and these suckers chase you until one of you is dead, leaping and running in and out of the shadows. At that point, I figured that the only way for me to afford a gun capable of killing, well, anything, was to play blackjack at the local bar, but given that I was dying during every mission and losing 66.6% of my cash every time (get it?), there was no money to buy my way into a card game. On top of that, I couldn't find the clues I needed in the various spooky houses I was paid to go into, and I was getting tired of checking every single painting, cabinet and dresser for clues, and even after clearing the house of bugs (a rare event) I would search the house top to bottom, and still not be able to find all the artifacts I needed. I was getting frustrated, and I was not having fun.

But then... suddenly, things began to make more sense. I realized that I could enter a haunted house, and run right back out after finding only a couple artifacts and drive away, selling my ill-gotten gains at the bar, plus receiving full health for the next mission. I could even go into the first room of a house, see three spiders burst out, and run right back to the car like a nancy, driving off scared but unscathed with no negative repercussions. I realized that the spiders, centipedes and other beasties all had a "tell" before they'd attack, and I figured out how to dodge/roll better to avoid damage.

I also slowly realized that some houses/mysteries needed ghost-busting tools that I didn't have, like audio equipment I hadn't bought yet, and it was ok to not "beat" every house, instead treating them like little treasure chests I needed to get in and out of. I learned how to effectively use my ghost hunting tools, how getting a high, electronic squeal when pointing a tool directly at a painting/cabinet would cut down on my guess-work and endless clicking. The black light was still a little frustrating, but I realized how to use that better, too. I was finally clicking along (not literally, for a change) and having fun. A gun that can one-shot spiders and two-shot centipedes further upped the fun-factor and lowered my frustration. I was feeling like the paranormal detective I was supposed to be.

The rest of the game has charm as well, in a gruesome kind of way. The characters are mostly cookie-cutter in personality, but in a good way, like in a horror comic. Speaking of, the art style on the cutscenes are comic book awesome-ness, and the garish colors and lines suit the game perfectly. The houses, although mostly similar in layout, each have different enemies and change quite a bit once you have the required tools to really explore them. Each house had me clenched up, tightly gripping the mouse, afraid of what might be creeping around behind the next door. The seedy bar, mysterious trader, pompous gun-dealer, etc. all fit into the game-world well.

Unfortunately, the writing could use some work. They go for "over the top" and often overshoot it by a mile. The dialogue is so filthy it's laughable, and in one exchange, the lines, "no one's pulling on any dicks today," and "I could make more money sucking dick on queen street," were in the same conversation. Everything is "I was jamming my dick down this chick's throat," and "this useless piece of shit owes me a fuck-ton of money," type stuff that just doesn't ring true, and while I'm not a prude (my friends constantly say things as terrible or worse than this to get a laugh), my buddies and I are kidding, but in Hellsign, you're supposed to believe that these people exist. I know what they were going for; it's a shadowy world full of rough customers dealing with devilish curses and otherworldly beings, but still, it's just too much. Also, the usual punctuation errors abound, but that is more or less the norm for Early Access titles.

All in all, Hellsign has a steep learning curve and some problems, but it is a ton of fun. There's a robust skill tree to navigate, a lot of weapons, armor and more to check out and learn to use, the story is somewhat poorly written but still interesting, and the graphics and tone are perfect. Even in EA, I can recommend this title, and I have high hopes for the finished product 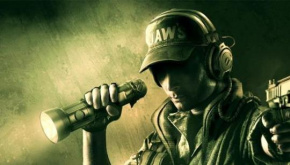