Developed and published by New World Interactive, this realistic military shooter launched on January 22, 2014. Beginning as a Half-Life 2 mod, Insurgency came into its own, aiming to revive the tactical shooter genre. Featuring a wide variety of weapons, maps, competitive and cooperative multiplayer game modes, Insurgency also offers extensive mod support as to honor its humble origins. The game and its developer have steadily gained a solid reputation over the years, earning the respect of both hardcore and casual players alike, and has amassed an audience of nearly 2 million players worldwide.

For all its tactical glory, Insurgency has no defined story or even a campaign mode to play through. The player is given the vague sense that you are playing as a soldier in various hot zones around the world with very little context. Shooters are not typically known for their stories, and Insurgency is no exception, focusing more on its gameplay elements and innate immersion as a war-fighter traveling across the world.

In consideration of the oversaturated market that is the FPS genre, it becomes difficult to use the same fundamental aspects to create something new and entertaining. Unlike shooters such as Halo, Black Ops, and others, Insurgency opts for a realistic experience; player health is low and a few shots can easily result in your death. Fortunately, the same applies to enemies, with the only evident advantage being that there are many more of them than there are of you. As a result, cooperative play and teamwork is highly encouraged on challenging game modes. Communication with team members and a tactical awareness of the map greatly boosts the chance of successfully completing a mission. All the weapons presented in Insurgency can be modified from attachments to internal systems to fine tune performance to specific play styles such as high damage or faster reload speeds. In addition to teamwork and coordination, there exists a class system in Insurgency. The classes are standard in the FPS genre, from long range snipers to close range supports with shotguns. Despite being somewhat trivial given the nature of most shooters, balancing out a team with the appropriate roles is almost equally important in determining team performance against enemies, AI or otherwise. The controls are responsive and a cautious approach is highly preferred over a running and gunning plan of attack. Minor visual details such as the lack of cross-hairs are meant to provide further immersion and give players a sense of realism.

Insurgency uses Source Engine for its realistic graphics and features a surround sound system in order to hear the environment around you. From threats to fellow team mates, the audio cues are accurate and clear, allowing for you to respond to any potential threats. The sound work is balanced to incorporate ambient sound to a natural extent as to not overpower sounds such as weapons firing and character movement. Graphically, Insurgency does well to simulate real life environments from small desert outposts to tight urban markets. Lighting effects in maps truly replicate the shadows and dark corners that exist to be able to ambush other players or enemies.

As a military simulation shooter, with an emphasis on realism, teamwork, communication, and situational awareness, Insurgency excels. Delivering a believable experience, while being grounded in a video game, Insurgency offers something for all FPS fans. Accurate visuals and realistic sound help greatly with atmosphere and overall immersion. Overall, Insurgency is a unique title that stands out amongst the crowd of FPS games and should be played by anyone hoping for a more realistic alternative.

I better, perhaps, shall keep silent 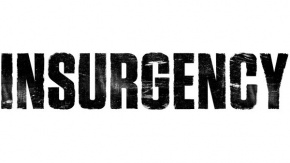