Hunt: Showdown is currently under development and in early access to be published by Crytek, known most famously for the Crysis series. The game was originally meant to be a spiritual successor to Darksiders under the title Hunt: Horrors of the Gilded Age. Hunt: Showdown is a first person shooter with PvP and PvE elements, including a bounty system and RPG style progression with individual characters. While there were some comparisons to The Order: 1886, Showdown makes its own stand in the survival horror shooter genre.

The year is 1895. Plague and disease have run rampant in Louisiana, with vicious monsters and supernatural beings now populating the land, believed to have come from the darkest depths of the Earth. To combat such a threat, the American Hunters Association, an organization specializing in combating the supernatural, calls for bounty hunters across the country. You play as one of the many hunters who have answered the call. Every hunter is able to use Dark Sight, an ability that allows hunters to see the rippling energy between worlds that help them track down their prey. Whether or not this ability is taught or inherited is unknown. Whether or not you live to die another day, depends solely on your wits and skill.

Mechanically, Hunt: Showdown modifies the typical control scheme for a first person shooter. Unless you are aiming, pressing the key to fire will instead result in a melee attack. There are also two apparent stages of aiming, one where the gun is brought into view, and another where you are actively aiming down the sights. Players that are more experienced in the game will be able to land shots without aiming down their sights more easily, improving mobility while firing. Experienced FPS players may find this change somewhat clunky, limiting freedom of movement. As a game begins, all hunters are spawned at various points across a large map. Utilizing the ability Dark Sight helps hunters track down clues that will help narrow down the bounty target location. Hunters are able to play solo or in teams of two, each offering their own benefits and drawbacks. In every bounty mission, there will be other hunters besides yourself. The primary objective of each mission is to kill the boss monster and acquire its bounty, however, other hunters are able to kill you and steal your bounty if you are not careful. The challenge then becomes dealing with both hostile hunters and the various monsters in the environment.

Hunt: Showdown is graphically intensive, as expected from the developer Crytek. The environment and textures are all extremely detailed and realistic. Though this may prove a difficult game to run on a less up-to-date system, no shortcuts were taken in the visual development of the game. There is a heavy focus on sound and its mechanics in the game, allowing players to detect others or alert monsters to their own location. Hunt: Showdown features a surround sound system which gives players a sense of audio awareness similar to real life.

Hunt: Showdown pulls from many familiar elements and creates something unique, a PvPvE experience. As with many PvP games, the ideas of trust and loyalty are tested as players may be tempted to kill one another in hopes of stealing the bounty money. At the same time, teamwork is vital to surviving against hostile hunters and the various creatures that lurk in the remains of Louisiana. The pseudo horror shooter is a game that is currently in early access, but despite its inherent lack of polish, I look forward to the final product.


Hunt: Showdown Review
Pros and Cons
Pros & Cons
Great Graphics & Sound
Emphasis On Cooperative Play
Lack of Polish
Poor Optimization (Could be a result from the game still being in Early Access) 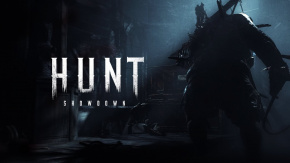