Frost Punk just dropped some new DLC called The Fall of Winterhome and since I enjoyed the core game so much, I had to give this expansion a chance (see our original review here). If you're a fan of the original experience, you're in for more of what you like.

The setting for The Fall of Winterhome is, predictably, identical to the core game, but now you're playing a prequel of sorts. The main game starts with your crew locating a new home after their last settlement failed. Winterhome was that settlement, and you'll be playing the scenario that explains what went wrong. I loved this idea from the gate, and it adds some depth to the story, even though you know you're working through a doomed endeavor.

Since you know from the start that your generator is going to fail and the city is going to fall, the aim of this DLC is not to build and thrive, but to cobble together what you have left and prepare for an evacuation. Your generator, the source of your heat and power for most of the city, was terribly damaged and half the buildings in the city were burned to the ground in a coup. Instead of starting fresh, the game gives you someone else's city. You're elected as the new leader and you have to balance a whole new set of problems.

Like the core game, you'll spend your time balancing resources, keeping the populace content and exploring the wilderness, but Winterhome tosses you a few extra balls to juggle. The generator will constantly fail and you'll have to stop everything to repair it. On top of that, you'll need to prepare for an evacuation, stockpile food, steel, coal, and make tough decisions about which people are allowed to leave and when.

The people are already on edge from the previous leader and since they enacted laws without you, you'll have to work within the confines of those laws when making moral choices. Do you send children out to the ship or keep them around as extra labor? When everyone's one bad day away from dying, can you afford to make moral decisions like sending away half your workforce just because they're children?

Winterhome plays exactly like the main game, so there should be no surprises with tactics, play style, and of course, difficulty. This game does not hold your hand. If you do not balance everything properly, if you don't manage the people's morale while still keeping them warm and fed, you will find yourself dead, exiled, or both. Be prepared to lose several times.

Winterhome is a rewarding, but exhausting expansion. The story is darker (if that's possible) than the main game, so don't expect a lot of humor. It's a grim, depressing grind to try and outlast the Reaper for one more day and, in the end, your evacuation ship doesn't even have enough room for all the people in your city. Tough decisions will have to be made every step of the way.

The biggest problem, though, isn't the weather or the people's discontent. No, like the core experience, it's the UI. The interface from the core game hasn't changed much, if at all. With white snow pouring down from above and white smoke billowing up from below, half your city is obscured. Trying to figure out where things are is a chore in itself, and seeing as how this scenario starts you with a predetermined layout, you don't even have your memory to go off of, which can be frustrating, and it can make a tough but fun experience irritating at times.

This isn't much difference between the DLC and the main game, save for the additions of a couple extra buildings. The music is still incredible, in a depressing, dark kind of way. It really drives home the helplessness of the scenario and the desperation of the people. The graphics are nice, but limited, and the artwork is beautiful. If you liked the core game's aesthetics, it's more of the same.

While I was hoping the issues with the user interface would have been addressed, that particular nitpick isn't enough to dissuade me from recommending this game. If you like Frostpunk, you'll like Winterhome and it's really that simple. From a lore perspective, it's nice to see what happened before the main game, but remember: Winterhome is a doomed city, and its days are numbered. You can try all you want to delay the inevitable, you can do your very best, but you will fail. And that's actually pretty great.

Frostpunk Fall Of Winterhome Review
Pros and Cons
Challenging gameplay
Lots of replayability
Story is dark, but engaging
New elements add a little more life to the game
The UI is still a little confusing
If you're not a fan of hard games, this may not be for you
Occasional frustration with the map being obscured 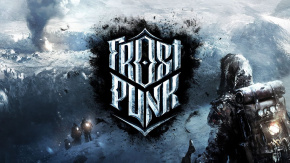