Call of Juarez: Gunslinger is a western themed, linear FPS that was briefly de-listed from Steam, and now is back, solely being published by Techland. The game is set in 1910 and follows the legendary bounty hunter, Silas Greaves as he enters a classic, old timey saloon in Kansas, where the patrons press him for tales of his adventures and feed him drinks to spur him on. You live out the tales, shooting your way through hundreds of enemies, arcade style, while using period accurate weapons like shotguns, dynamite, pistols and more. There's a story mode, a gunslinger duel mode, and a wave based mode for mowing down dozens of enemies.

You begin by recounting your adventures (rather unreliably) to the three men in the tavern, who listen with a mixture of awe, incredulity and occasionally outright disbelief. The tales take you across the land, from sawmills to farms, through myriad shootouts and duels as you run up against (and occasionally fight alongside) western heroes and villains like Billy the Kid, Johnny Ringo, the Cowboy gang and others, with Silas narrating most of the way, i.e., "Then, I ran up against an army!" as swarms of enemies come pouring out of a barn or down a hillside. Occasionally, the tales get so tall that Silas is interrupted and called out on the details of his story, which will cause the tale to fade out, restart or rewind as events are changed from the outlandish to the just shy of ridiculous, which proves to be a really fun story-telling mechanic that helps get you into the spirit of the game.

The gameplay holds up very well, even in light of today's advancements in the genre. The action is straightforward and fun, with the traditional duck, run, aim, fire controls you would expect. The game carries over the series' combat staples, like COJ's version of bullet-time for rapid fire headshots, gunslinger duels, and a new mechanic where time slows down and dodging the correct way will have you avoid a lethal bullet. The skills are fun to use, and the meters charge through combat, with the game doing a great job in terms of pacing; just when you are really starting to sweat, it seems like your skills have built enough to even the odds. The game was surprisingly difficult, although not overwhelmingly so and headshots are very important, earning you more experience than body shots, and filling more of your bullet-time meter.There's always the option of just running up and jamming a shotgun in their belly, of course.

The gunslinger duels that serve as the bulk of the boss battles are interesting, but a little less well-executed, with a slightly clumsy use of the sticks to both "focus" a reticule on your enemy, while also getting your hand positioned correctly for maximum speed, and listening to your opponent's heartbeat, which tips you off as to when he's about to draw down on you, all while you enemy is slowly circling you to throw off your focus. You have to clear your holster, aim at your opponent and put him down before he fires, and it seems to be a bit more difficult then it should be. I got the hang of it (mostly) before too long, but those early to mid-game duels were clumsy affairs, and I definitely got plenty of losses and "double ko's" while dueling that I felt weren't exactly my fault throughout my playthrough.

The skill tree is somewhat limited, but what they have there counts, and in a linear shooter like this one, it is a welcome addition to spice things up. You can earn a skill that allows you to wield a pistol in each hand, use sawed off shotguns, get better with rifles, etc., and there are three separate categories that you can invest in: close range fighter, pistol and ranged. Some skills allow you to carry more bullets, others allow you to use different weapons,etc., and the skills carry over across playthroughs, allowing you to max out Silas if you choose. Kills get you the experience that you use as currency for the skill tree, as well as finding secrets, like a famous outlaw's hat, or "Nuggets of Truth" which are basically historical truths about Silas' unreliable recounting of events, or the truth behind some of the larger than life characters you come across.

The graphics hold up extremely well, despite the enemies only coming in a few flavors. Silas even comments on how the cowboy gang all wear red hankies on their faces to show allegiance, which is an excuse to have almost identical enemies come at you in waves, but the game seems to know this, as the comment is almost tongue in cheek, and besides; in a 2013 western shooter, you kind of expect similar-looking enemies. The bosses all have their own flavors and look good, and the settings are detailed and varied, from forests to deserts. There are comic-book style panels that help tell the tale in between levels, and I'd read an entire story in comic book form if there was one, since they really do look great.

Sound-wise, the voice acting is stellar. Silas sounds like a leathery old trail-hound, and the rapt audience you are telling the tales to sound just like they should, with a doubtful sarcastic character and a wide-eyed boy who sounds like he has a case of hero-worship.  The guns boom and crack, the rain sounds great, and the music is fitting and fun when things get fast-paced.

For those looking for a good western (or a good FPS) can't go wrong with Call Of Juarez: Gunslinger. The gunplay is solid, the history is fun, and fighting alongside or against famous cowboys like Billy the Kid, or brawling with the Cowboy gang while hunting Johnny Ringo is a lot of fun. Everytime I heard someone mention a gunfighter from Tombstone, I grinned. The game is short but sweet, and doesn't overstay its welcome. Especially at the price point, this is a no brainer for FPS fans.

do this website still give free steam key ???????? i dont see any key that work

where is my keys 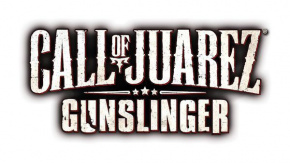