Running on the Unreal Engine, and created by former Bioshock Developers, City of Brass is a First Person roguelike that takes place in the namesake of the game. The setting is a mystical desert city that is built like a maze, and you, the intrepid adventurer that you are, are on a quest to find the center.

City of Brass shakes up the bullet-hell-guns-blazing formula and instead opts for a strictly melee first person experience. You have two main weapons, your sword and your whip. Along your journey, you'll come across various genies that will grant you bonuses, and these can apply to armor, movement, weapons and more. You can also find chests with various types of loot in them, or, maybe you'll get really lucky and open a booby trapped chest, resulting in you getting sprayed with a face full of poison. You find out early that you'll need to keep your head on a swivel and an eye on your surroundings if you want to make it far.

While most of the equipment in the game is geared towards weapons and armor, the real majesty of the game rests in its movement mechanics. You can run, slide, dash to the left or right, climb walls and swing from hooks with your whip, and it's all a lot of fun. While it won't be compared to Assassin's Creed or Mirror's Edge anytime soon, the parkour mechanics here are ambitious and make up the core of the gameplay. It takes a while to get it down, but traversing the environment quickly becomes a joy.

However the system is by no means flawless. Sometimes the attack animations feel super slow, and there is a noticeable pause in between attacks. When you are surrounded by the undead and trying desperately not to die, slowly swinging your sword is just frustrating when you know you should have the speed. Also, when you are attempting to slide, sometimes the animation lingers too long on the deceleration, and you find yourself on the ground, moving like molasses, anxiously waiting for your character to get up, and then Bam! You get clobbered in the face, or hit with a magic fireball. This is even more frustrating because it happens intermittently; other times you'll slide and bounce right back up again without an issue.

The city itself is comprised of stages, and every third stage you'll fight a boss. Each stage is randomly generated and has twisting and turning rooms that can connect or lead to nowhere at all. Along the way you'll find traps that will slow you down, poison you, or try to kill you in various ways. You have to constantly be diligent when scanning your surroundings, taking special care to watch for traps; in my playthrough, 80% of my deaths were due to me not being observant and stepping into a trap that could have been easily avoided. They are obvious when you know what to look for, but some blend into the scenery so smoothly, it's easy to forget to keep an eye out for them.

Visually this game is stunning. Between each of the different stages there are distinct designs and styles in architecture that make the levels really stand out. The enemy design is varied and on point, and the enemies and items that you have access to are well made. There is definitely no confusing one enemy for another, as each style is unique in concept but familiar in execution.

As far as audio is concerned, the ambiance created is very fitting, however there seems to be more music in the main title screen than the actual game, save for boss fights. The music that is there is well done and very thematic of a given area.

City of Brass is a fantastic step in the right direction in terms of breaking the mold of roguelikes, subverting expectations and presenting a new challenge in a way that is accessible to new players and veteran rogues. There are a few issues, like slow animations and inconsistent movements, however these can easily be fixed in time. City of Brass is unique, fun and has tons of potential. Some may be put off by the somewhat stiff controls, but those who stick with it will have a blast. 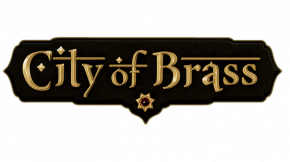