In this long awaited follow up (the last game in the series was way back in 2010), God of War hits every mark and then some. The game leaves Olympus behind, taking place in an all new, semi-open, unforgiving land, replacing the Blades of Chaos with a Mjölnir-like weapon called the Leviathan Axe, and centers on the relationship of Kratos and his son, Atreus.

Kratos has put his Olympian past behind him, marrying a woman (his second marriage if you count the wife he killed) and siring a son, named Atreus, who for reasons not immediately apparent, he keeps his distance from. Kratos has moved to the unfamiliar lands of Norse mythology, away from the pantheon we've all come to know, like Zeus, Hermes, Pandora, etc., and unlike the previous titles in the God of War series – in which Kratos is filled with rage and hatred for anyone or anything that stands in his path- Kratos has now learned to suppress his rage in the hopes that his son will be better than he ever was. Oblivious to the fact that he is the son of a god, the story unfolds as Atreus learns more of his father’s mysterious past as well as the strange journey destined by his mother’s last wishes. Unlike previous installments that focused heavily on hack and slash combat, this game puts more emphasis towards the semi-open world, story driven narrative.

Not to say that this game isn't a gore-soaked bloodbath; it is, just not in the almost mindlessly violent way the previous games were. One of the many new features of this game is Kratos’ new weapon, the Leviathan Axe, which is integral to the game's progression. The Leviathan Axe has the ability to be thrown and recalled by Kratos with the push of a button, giving way to various combinations of tactics and attacks that feel completely fluid with the free camera. Just the simple act of throwing your axe (which can be thrown in two ways, vertically or horizontally) and calling it back to your hand is fun every time, and made me pissed off that there has never been a solid attempt at a Thor game.

The combat is visceral and fun, and along with Atreus and his arching skills as your constant companion, you can come up with myriad ways to slay your enemies. The addition of Atreus to the series puts tension into the story as well as providing you with an excellent combat assistant; have your son stun an enemy with an electric arrow, throw your axe at the monster's feet to knock it down, then leap in with your fists to beat it to death, or rip it in half with your bare hands. The enemies in the game will feel familiar to the seasoned player, yet will provide new players with a challenge. The new combat experience will also have Kratos rely on Atreus as a support system, accessing new areas of the world, and uncovering the various mythologies of the Norse Realm. Along with the Leviathan Axe, Kratos also uses another familiar set of weapons from his past – which also serve as a call back to the original 2005 game – which are the Blades of Chaos; the very symbol of Kratos’ servitude to Ares, the Greek God of War. You use your weapons to smash and maim your enemies, in addition to using the axe to solve a variety of puzzles and environmental riddles. None are difficult to the point of frustration, and most are very satisfying to solve, once you discover the solution.

One of the most differentiating details that makes God of War feel fresh and more RPG-like this go around is the inclusion of an experience point system for weapon upgrades, skill additions, and new armor sets. This stuff is all crucial, as it greatly improves your odds of success in combat, plus most of it looks badass. Things like gaining boons for head-shotting enemies with your axe (super fun to do, by the way), giving Kratos new "spells" to execute and a ton of new moves, the detailed skill tree is just the beginning of the customization. You can now collect runes that will add to your armor and weapon slots, from increasing the strength and abilities of the selected pieces of equipment, to adding new, powerful strikes with your axe.

The graphics are an absolute knockout and are some of the best I have ever seen. Crisp and detailed, the environments are so beautifully designed, you will be eager to explore the world's many, many nooks and crannies. There are secrets almost everywhere you look, which aren't always just "here's a new room"; often, there are mini worlds behind a rock, or down a hole, kind of like Dark Souls, where a detour off the beaten path leads to to an hour or two of fighting and exploring. You will definitely want to spend the time to search around and find every secret, not only to become more effective in combat, but just to see what else the game designers have created for you. The game is a beautiful, brutal playground.

The God of War Stone Mason’s Edition comes with a high detail statue of Kratos and Atreus, a talking keychain of Mimir, a cloth map, figurines of the blacksmiths, and a Steelbook with a disc copy of God of War.

God of War is the rare, radical remake that changes everything in a good way. The bloody heart and soul of GOW still beats strong just below the beautifully polished environments and combat, the story pulls at the heartstrings, and you can pick almost any point in the game to stop and just marvel at the scenery 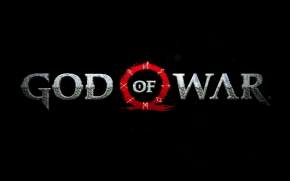