We all know the blue bomber. You know, Rockman, Mega Man, The Man, the big hearted robot that cemented super difficult, brutal platform action on the NES and beyond. If somehow you don't know how Mega Man rolls, here is a crash course: you take control of Mega Man, an adorable little android who refuses to take crap from anyone, and choose from a series of bosses in any order at a selection screen. Once you choose a boss to battle, you warp to their level, where you fight through the level (and all his minions) until you get to the boss in question. Once the boss is dead, you take his powers and use them on this friends, Highlander style.

The story of these games has never been too cerebral. You are a robot created by Dr. Light (the good guy) who is locked in a constant struggle against Dr. Wily (the bad guy) and his evil robots. Once you take down all of Wily's robots, you take on Wily, and then have a little happy ending before doing it all over again in the next game.

For the basics of this review, we'll focus more on the collection than the individual games. Not that I can't ramble on about them (or anything else, for that matter), but once a game is over twenty years old or so, there isn't that much to say about it that hasn't already been said. We all know that Mega-Man 2 is better than Mega Man 1, for example, and there isn't much point in saying why. We know why.

That said, the Mega Man Legacy Collection collects Mega Man 1-6 in all their throwback glory. On my 3DS XL there were borders on the sides of the screen which are in 3D, but the actual gameplay isn't, which is somewhat expected but still a bit disappointing. The visuals themselves are faithfully reproduced, with flickering and small glitches reproduced to give the game that old school feel, which is a fun reminder of what used to be. Personally, I would have rather been given the option to choose between an "old-school" and "new-school" mode to turn this off, but it's not a deal breaker, and I assume a lot of people will appreciate the nostalgia of the flickers and slow-down.

The new modes are fun and innovative, especially the remix modes, which sends Mega Man through a bunch of timed challenges made up of various chunks of random levels. There is also a gallery where you can check out Mega Man's enemies and some info, an art gallery with high res art, and a new antiques category in each game's Museum that displays box art, promotional materials, and even the original Japanese manuals, which is a cool touch.

As previously mentioned, everything is faithfully reproduced, to a fault. Some will love the sprite flickers and some will roll their eyes, but this collection is the most attractive that I've played. The graphics are crisp and sharp, and the audio sounds just as good as it did in the 80's with the catchy songs and pleasant sound effects working just as well as they did in Mega Man's heydey.

Overall, this is a very worthwhile collection to add to your PS4 or 3DS collection. If you already own this on another format, there won't be much reason to buy it for the 3DS, unless you are such an avid gamer that you want Mega Man on the go.

Mega Man Legacy Collection Review
Story:
85%
Gameplay:
90%
Graphics:
90%
Sound:
90%
Fun factor:
85%
Atmosphere:
80%
Pros and Cons
Faithful reproduction of the first 6 games
Throwback Mega Man in all his glory
Games are just as fun (and hard) as you remember
Stellar sound
Great extras
Updates (like switching weapons on the fly) would have been appreciated
Graphic "glitches" will annoy some
Some interface issues. 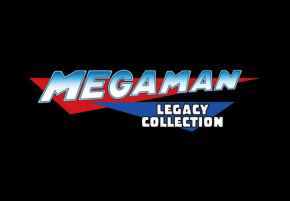