Super Seducer is a somewhat comical approach to a dating sim. The game’s creator, Richard La Ruina, is a self- proclaimed dating coach and has written columns for magazines like Cosmopolitan and Maxim, and clearly thinks he is quite the ladies man. Super Seducer is an episodic dating sim, where you make dating decisions in a variety of situations, and then are praised or reprimanded by La Ruina, who gives you insider info on how to do better at women.

This was kind of a tough one to review. The “story” is just a cluster of scenarios that you must navigate to get the optimal response from women. In the first hour or so, both myself and the friend I was playing with had laughed at the game’s ridiculous lines and options (“give the girl a fruit tree as a gift” and “tell the girl, “suuuure, I’m gay, and playfully rub her leg”), but we’d both also admitted that we had learned something we hadn’t thought of before when dealing with women through the trial and error of the various scenarios. So, there are things to learn about the psychology of women, dating, and just human interaction.

The main problem I had was that the “game” doesn’t really know what it wants to do. It is kind of stuck in between wanting to be funny and wanting to be a serious, useful tool; a real simulator. For example, after the fruit tree gift, La Ruina jokingly says “I actually liked that one,” which makes you feel like it’s intentionally funny, and you are in on the joke. But I thought we were trying to learn to get chicks in real life? Then, later, when I selected the option of making a crude comment and pulling out my penis, La Ruina came down rather hard on me, chastising me for being a creep. It makes it sort of tough to know what you are supposed to make of it. Obviously, you need some humor to make the “game” more fun, but in the age of the #metoo movement, it’s a fine line to walk, and the game doesn’t handle it as well as it could have.

Another problem are the references, and an even bigger problem is the lack of context. At this point, I was playing the game with two friends, a guy and a girl, all three of us weighing in on the choices. All of us were stumped on options like, “Try the strawberry fields routine” and “Do the best friends test”. Given that we have presumably purchased this game because we have no, uh, game, how the hell would I know what these tests are supposed to be, or how they are expected to be received? Even if we knew what these tests/routines were, a lot can be made out of how things are said. We’d often choose an option, assuming it would be delivered comically, (or that it would be serious) only to blow it with the girl, because La Ruina delivered the line in a way we weren’t expecting. Other times, he would deliver the line as we expected, but then continue on in an unexpected direction, insulting the girl, or vacillating between mean/serious/playful. It made it hard to know what to take away from the exchange in a real world setting, and it would have been a gigantic help to have a word for context next to each option, like (funny), (serious), (insulting), etc. This seemingly obvious omission has a huge, negative impact on the game.

Another big issue is the end of the level recap. This should be very useful, basically half the point, but for some reason, they only give you La Ruina’s recap to conversation "numbers", instead of the actual line/option you screwed up on. So, for example, in the recap, La Ruina will say something like, “Oh, no, you wouldn’t want to do that, you want to make her comfortable, and when you X, that made her Y, etc.,” but all you see is “#9”. You have no idea what part of the conversation he’s talking about, which kind of defeats the purpose. A complete lack of a rewind button or “situation recap”, (as in, “She wants you to go back to her place, you respond with A), B), C), etc.”) is also a major bummer, and a huge oversight, especially if you are playing the game for fun, with a few beers and buddies, as I assume many will. If you talk through a scenario or sentence, that's it.

While I didn't find much to justify the #metoo and #Time's up backlash (then again, I'm a dude, so maybe I'm not the best judge), this just isn't that great of a tool for getting women. While we did pick up some interesting psychology of WHY things work or don't, on the whole, there isn't enough to justify a purchase unless you are really at your wit's end, and willing to try anything. You'll pick up some good rudimentary tips, but you'll also get a lot of nonsense. 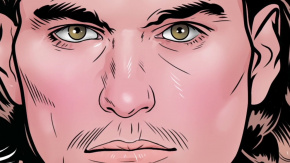