After posting this review, we noticed that there had been an update shortly before the time of posting. We will play the game post update and change anything in the review that needs changing due to the late November update

An online 5v5 MOBA with an isometric viewpoint. You and a squad of other players (including bots, if need be) pilot mechs throughout the environment, blowing up as much stuff as you can, while doing your best to acquire and hang onto all of the maps' three control points. Your weapons don't really run out of ammo, but you do have to worry about overheating, which will leave you without your offensive capabilities for a few precious seconds whenever you let it happen. Both teams' point-timer counts down constantly as the game plays out, and the more control points your side holds, the slower your timer drains. First team to drop to zero points loses.

In between fights, you can buy new mecha and gear that you unlock over time; scouts are quick, but weak; storm troopers are middle-of-the-road, but they capture control points extra quickly; destroyers break stuff real good... you get the idea.

The Flow & The Story:

Kato (aka the Americans) and The Dominion (the Russkies) are the last major political powers left after a long-past global apocalypse. The latter folks have been dominating the world, and Kato has decided that they want their fair share of the mechs and techs. Cue big ol' metal behemoths duking it out at long range with gatling guns, missiles, and bombs, or at close range with swords and grappling hooks. Sounds awesome, doesn’t it?

Dominion units, who are going pure balls to the wall offense, all have the ability to call in short-range air strikes every couple of minutes; properly-placed and timed, these can end a battle pretty quickly. Meanwhile, the more defensive Kato mecha all have a “Clod” unit that grants them 10 seconds of immunity to conventional weapons, to be used as needed, once it's off cooldown. They also get an armor-piercing buff, as well.

All troops start out at their side's repair station/hangar, and must spread out from there. Then you’ve got some options: do you run out with a speedy unit and try to snag an unclaimed control point? Tag along with the two big bruisers who are headed to the point the opposition just claimed, knowing that the enemies can just respawn right there shortly after being terminated? These are the important questions you gotta ask yourself, and most of the game is based around adapting to your enemy and plotting out your plan of attack.

Not bad. Mechs look good up close, with some great looking detail, even if your view is always scaled waaaaaay out in combat. The sound is serviceable; and even though there's not a ton there, what is there works. Presumably, this is one of the things that will be addressed in the full release.

Pretty good, and a noble attempt at combining the idea of the classic Mechwarrior with the modern MOBA. What is there for early access is pretty good.

Techwars Online II Early Access Review
Story:
70%
Gameplay:
80%
Graphics:
75%
Sound:
70%
Fun factor:
75%
Atmosphere:
70%
Pros and Cons
Brings to mind a modernized, if simplified, version of the old Mechwarrior games from decades ago. Better graphics here, though, even if you're seeing them from much farther away
Simple and straightforward gameplay. Walk in one direction, shoot in another, take cover as needed, blow stuff up. Rinse, recycle, repeat
Ability to (indirectly) target specific body parts is a nice touch, if a mech loses its main arm, it can't fire its primary weapon, if it loses a leg, it's immobilized
Kudos for including a much-needed tutorial that explains the basics of mech control, even if it is rudimentary
Nice long list of things they will be implementing for final release up on their store page
Weapon and gear upgrades, 50 on 50 battles, more destructibility, new mech classes, and more
Devs very responsive to users on Steam message board
It is seldom clear where you can enter/exit certain hills, and worse – rivers
The view being zoomed out so far, while it makes perfect sense for a MOBA, detracts from the “weight” of the mechs. The game could just as easily have used little cartoon dudes as models, and it would feel the same
No first-person nor over-the-shoulder view option for folks who really want to get in to the action and target specific body parts 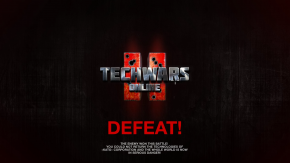