Episode 5 begins five days after Harvey Dent blew up an entire city block to get rid of the Children of Arkham’s drug supply. The following week has seen things go from bad to worse. Harvey has turned Gotham into a police state and (in most playthroughs) half his face is burned off. Free speech is being outlawed, the Gotham PD is under assault by Dent’s troops, Wayne manor is in flames and Lady Arkham is still at large. It’s a bad week to be a Gothamite and an even worse one if you are Batman.

This episode returns to some of the more violent and nasty characteristics of Gotham and its villains. Police officers are murdered and left to die in pools of blood, innocent civilians are executed at point-blank range, horrific evidence of child abuse and neglect are investigated and a criminal’s motivations become brutally, heart-breakingly clear. This all serves to ramp up the tension in the final episode, and there’s a boatload of violent combat to go along with it.

Although the combat is definitely “old-hat” by now, Telltale begins this episode with a visceral brawl and doesn’t let off the gas pedal, which makes Batman’s latest go-around feel that much more urgent. It doesn’t matter that this is familiar territory; the chips down, Gotham in peril, a seemingly unstoppable evil, etc, Telltale still manages to make your heart speed up a bit and the couple hours it takes to finish the episode fly by. Despite playing Telltale’s version of “fighting” (ie quick-time style button presses) in the previous 4 episodes and numerous series before that, the emotional stakes in this episode still got my pulse moving during combat. Sure, there are some slower parts in Episode 5, but they work, especially some solid banter between Bruce and Alfred, with Alfred questioning if he could have helped to avert the chaos consuming Gotham back when he was serving Bruce’s father. Although this is the kind of stuff that I usually yawn at (“It’s all my fault! Everything is my fault, no matter what!”), this exchange actually made some sense to me; perhaps if Alfred would have spoken out against Thomas Wayne’s actions or even gone to the police way back when, things would be different in Gotham now. It’s also refreshing to see someone besides Bruce with a guilt complex for a change, and your responses to Alfred in this exchange are thoughtful and nuanced.

There are some tech issues as usual, this time with the audio. On a few occasions I’d smash some hapless henchman in the face or blast through a door and there would be no sound. Despite being a small thing, it really took me out of the action and as usual, it’s surprising to see these kinds of amateur problems in such a high profile release.

This is a fitting finale to the first season of Telltale’s Batman series. Despite a somewhat left-hook ending and some technical issues, this is great end to the season, while effectively setting up the next chapter in the Batman saga.

Please give the key 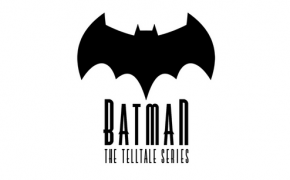