Next Up Hero (Beta)

Next Up Hero, from developer Digital Continue and published by Aspyr, is an arcade-style action game, and there are few others quite like it. Run through the areas, risking (and finding!) swift, horrible death at every turn, and rezzing other players' ghosts, called “Echoes,” to help you along the way. In fact, this game assumes that players will get their avatars killed en masse, which just gives later players a chance to do better by recruiting their spirits to help out.

You control one of many heroes questing through auto-generated worlds. Maybe you'll live; maybe you'll die. You'll probably die, but that doesn't matter! A friend can come along and play your map (you can't do the same one twice in a row; someone else must show up and try it before you can re-enter), where he will find a little ghostlike version of you where you bought the farm. Your friend can then “raise” your Echo/ghost, whereupon it will follow him around and lend some extra firepower. Yes, you can revisit a map you tried before and raise your own Echoes. Once the game reaches wide release, this should allow for some impressive armies of dead players helping their current ally lay waste to all comers. You can also sacrifice a few Echoes to summon an “Ancient” entity to help you out for a short period of time.

Any time you enter a level – all of which get procedurally-generated by you or by other players, who choose the environment type, enemy difficulty, and so on – You'll be told if there are any Rare mobs along the route, how many heroes have gone before you (and succumbed to their own grisly deaths), and so on. Your first level on any pass will always be a standard, non-timed free-for-all level, so you just need to take out a certain percentage of the enemies in order to unlock the portal to the following level.

Anywhere after that, watch out! You could face a nasty Rare (signified as having red life bars instead of green, far greater HP and firepower, and their own names); you could end up in a level with a strict time limit; and so on...You'll never know until it's too late. And healing, while available, is difficult to come by when you need it; save for one character with an attack that heals him up, most of the available healing is only available with either a bunch of Echoes/allies in tow, or by sacrificing some of those allies...And, of course, if you're surrounded by a swarm of allies, the need for healing is much, much less urgent.

Next Up Hero features Xbox One / PS4 controller native support, along with a number of others. Use the left stick to move, right trigger to fire, left trigger for secondary move/attack. The right bumper to summon an “Ancient” once you have the right number of Echoes in tow, and of the correct types; this will expend the ones needed for the summon. X uses your character's Prestige ability (once you've unlocked it). Press the start button while in a level to see how many enemies remain before you can leave (kill them all for a boost to your special move meter).

The visuals are bright and colorful, so nothing blends into the background that isn't supposed to. The (oddly legless!) characters and enemies are very much on the cutesy side, with the controllable characters being everything from twin boomerang-chuckers to turret-dropping engineers to up-close katar-wielding melee types. Summonable “Ancients” are mostly damage dealers, but they may also act as one of the much-needed sources of healing, or provide a buff of some other type.

As far as sound goes, bouncy music suits the (admittedly silly) look of the characters and suits the game well. Unobtrusive, it soon fades into the background while you're fighting – and this is a good thing. One problem that I hope they fix by the time of the full release is that the sound resets to the maximum level, and the screen resolution returns to the default every time you exit the game. Also, as of right now, there are only two terrain types – forest and frozen tundra – but more will be added in the future, of course.

Other positives include the fact that the game depends on a community to create levels to play, and to play them in turn, to keep them active. This could also be a potential negative, though, as unplayed levels expire and disappear after an hour or so. The devs are also active on the Steam message board, and responsive to player inquiries

Cool, fun little game with a lot of potential; I can't wait to see and play the final release!. Good enemy variety, persistent mobs that will chase you down no matter what, and tangible reasons to keep collecting the tokens they drop (Prestige characters with more powers, tournament entries – later on in the release schedule – etc), as well as the mob-specific tokens they will occasionally leave behind that allow you to unlock a bunch of special passive skills – anything from a chance to heal on hit to projectile multipliers to stuns to area-of-effect melee attacks. (Review by Eric_Kei)

good this sayt,owerlord this good 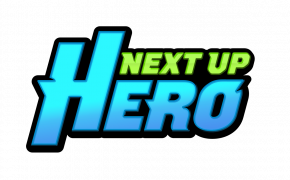 Next Up Hero Beta Review