Calling a young, blind girl, “Cassie-can’t-see” is pretty cruel. Making a game where you literally cannot see is another form of cruelty entirely. This interesting perspective takes form in the newest title from Deep End Games, placing you in the role of a blind woman whose reoccurring nightmares draw her to an old mansion in Massachusetts. With little to guide you (no pun intended) besides a dream of an old house and the images of a rope, a ticket and an apple, you set out to find answers armed with nothing more than a phone and a cane, while supernatural horrors unfold all around you. Welcome to Perception.

Deep End Games has a pretty ambitious project here, placing gamers in the role of a blind girl. To get around the obvious, the player can tap their cane to use “echolocation”, a form of sonar that briefly illuminates your surroundings, à la Daredevil. This is an interesting concept, especially since the technique is somewhat rooted in real-life. How else would a blind person navigate the world without razor sharp hearing and a creative imagination? You also have a somewhat unexplained “sixth sense” that helps guide you to your objective by pressing CTRL. The system works well enough, although I did get a little irritated by the constantly tapping cane from time to time. As you make your way through the mansion, you start to remember things from your time in an orphanage, while also slowly unraveling the story of the people who lived in the mansion before you. Initially, the story centers around a pregnant woman and her doctor/husband who moved there to make a “fresh start”, but that isn’t the only tale the house has to tell as you travel through time solving the mysterious horrors of the mansion.

In addition to your radar sense, you can use your phone to take pictures of things, which will then use a text-to-speech function to read you whatever is written on the thing you took a picture of, which is a pretty convenient tool to have for a blind girl. As you uncover myriad clues scattered about the house, you begin to realize that the nightmares you are having mean something, especially when you start finding items from your dreams and seeing and hearing ghosts in the house. As Cassie says “The shit is messed up”.

I was eager to see how all these things would tie together, since the premise is definitely an interesting one. How would a blind girl fare in a horror film? You find out early on that she overcomes by…talking. A lot. Early on, the game gives you the option to make Cassie a “Chatty-Cathy” or to keep her narration and comments to a minimum, and I quickly wished I would have chosen the quieter option. Most of her quips took me out of the game, and don’t do much for the realism the developers are going for here. It doesn’t help that nothing seems to faze Cassie much, especially early on. After having a pregnant, puking ghost tell me to get her pills, Cassie says something along the lines of “Ok…sure.” Once she delivers said pills, she sarcastically quips, “Well. Now that I’ve brought the ghostly pills back, I can get on with the snooping.” What? I know that they were going for the whole “frightened but brave” heroine, but it falls flat more often than not, and the constant sarcasm gets a bit grating.

As you continue through the story, you travel back in time (or at least the house does) and the rest of the game has you basically traversing the same house throughout the different time-lines as the somewhat sinister plots unfold. Before too long you realize that you are being haunted by a sound-sensitive presence called, uh, “The Presence”, which will kill and eat you if you make too much noise. This is a necessary antagonist if for no other reason than you would otherwise just walk around smashing your cane everywhere so you can constantly echolocate your surroundings. With the Presence lurking around, you’ll need to hide and limit your noise, lest the ghostly being tracks you down.

Some of these encounters make for tense moments, running “blind” (man, these puns are too easy), but you quickly figure out to just…not make so much noise. It is very clear when the Presence is going to come for you, so you just learn to stop bashing your cane around as much until it calms down. It’s relatively cut and dried, and while my heart kicked up a notch a few times, it isn’t all that scary. You generally just make less noise, or hide once the Presence is triggered, which is rare.

Overall, Perception has a few good story-twists and a creepy atmosphere. Unsettling dolls flicker in and out of existence, the ghostly wails of a child startle you, and the Presence rushing at you full speed is always good for a shot of adrenaline. The story is well-told, but just not all that scary at its core. It was a smart decision to make each chapter a self-contained tale of horror that has occurred in the house instead of one long, drawn-out tale, which keeps things fresh. The problem is, although the sound effects are stellar and the echolocation is a clever tool, it’s hard and somewhat monotonous to find your way around when every room looks exactly the same in the blue-sonar and green “hey, you need to look at this” colors. While the mysteries and story is interesting, it just isn’t all that fun to make your way through it. While other enemies crop up (gun-toting dolls??), the Presence is the main threat, and he/it is just too easy to avoid.

Perception offers a strong premise that is nevertheless weighed down by repetition and a less than compelling antagonist. Ultimately, this borderline point-and-click affair lacks the chills to sustain it throughout.

this is very good im so happy! 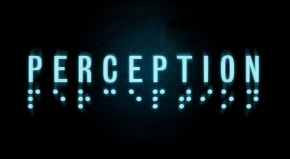