2Dark, and indie stealth-horror title from Bigben Interactive and developer Gloomywood, is the brainchild of Frédérick Raynal, creator of Alone in the Dark. The idea here is that you have decided to take up the burden of finding a number of missing children from the area. Your weapons are so-so and ammo is hard to find, so you'll need to rely on your wits and stealth to get them all out alive, and save yourself in the process.

Every move you make (save for sneaking around, sloooowwwly) makes a varying amount of noise, and, as the game loves to remind you: NOISE = DANGER! Fortunately, you can see the radius of the noises you make, and the detection radii of your foes. Walking around or flipping a switch generally makes a small amount of noise, while shouting for kids to follow you can create a noise radius big enough to fill half of the screen. Be careful when and how you choose to break stealth...

The story goes something like this: a few years back, as shown in the prelude, your wife was murdered and your two kids were kidnapped while you were all on a camping trip outside of your hometown of Gloomywood. These days, your character (Smith) has taken it upon himself to try and solve the area's ever-worsening rash of mysterious child kidnappings.

You start out at your pad, fiddling around, watching the news for leads, and keeping your *ahem* unofficial copy of the police missing persons report at hand; this unlocks new areas as you progress through the game. You travel to each area, searching for children to rescue – whether by leading as they follow, or just by grabbing them and carrying them along. Just don't take too many of them at once or leave them in one spot for too long, as they'll start to complain or cry, giving themselves away to any nearby enemies (including hungry animals). You can also take advantage of certain enemies' dislike for one another – e.g. letting a lion loose and then running it past a bad guy so that he'll get eaten. Of course, then you still have to worry about the lion itself...

You can either use a controller to play 2Dark, or mouse for movement and attacking/using object, keyboard for hotkeys, items, grabbing, giving directions to kids, etc. You’ll find plenty of help screens along the way, even if one or two do only trigger while you're being attacked). The inventory is shown at the side of the screen by default, so there's no pausing the game to reload. You just drag more bullets into your gun, or batteries into your flashlight, as needed. Cleverly enough, you save the game by dragging your pack of cigs onto your lighter (or vice versa), causing Smith to take a smoke while the game does its thing.

The graphics in 2Dark are not bad considering the game’s indie nature. They’re certainly dark, gloomy, and creepy enough. Blood in many places as appropriate (including on your character as a way to show how badly wounded he is). Most of the screen is dark in lots of areas, requiring you to use a flashlight (vision in a cone, uses batteries), candle (small circle of vision, deteriorates with use), or your trusty lighter (smaller circle of light, but it never runs out) in order to see obstacles and instant-kill traps. Of course, some traps aren't visible until they're triggered, such as bottomless pits. On the upside, enemies can easily be lured into such traps, or insta-killed via a stealthy backstab.

As for sound effects and music, expect standard fare for a survival horror game, with some pretty “crunchy” effects. On top of that, the game features some great voice acting.

Overall, 2Dark is a pretty good game. The atmosphere is great, and most instant-kill traps are easy enough to see coming; unfortunately though, it seems the AI is just straight-up braindead. Enemies just follow their scripted paths, and then just keep running into you once they've been alerted. You can also expect your share of jump scares, though they’re admittedly less effective in 2D. (Review by Eric Kei)

GIVE ME THE GAME PLZ 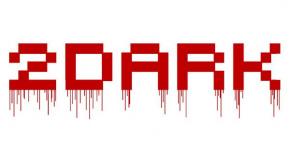