Police games of the point-and-click variety have held a niche all their own ever since the 1980s, when games like Police Quest allowed players to step into the shoes of the boys (and girls) in blue. The 1980s were also the heyday of cop shows and movies, from Magnum P.I. and Miami Vice to Lethal Weapon and Police Academy. Beat Cop attempts to take us back to those days when the mustaches were thick and New York was a dirty and dangerous place – a point-and-click adventure from first-time Warsaw-based developers Pixel Crow, and published by 11 bit studios, the folks behind the incredibly well-received This War of Mine. It’s intended to be a really funny, if rather dark, tribute to the cop shows of the 80s.

The storyline in Beat Cop has players taking on the role of disgraced New York detective Jack Kelly, who has been framed for murder and the theft of some diamonds. Or something like that – since everything in the story takes place via text box, and the main character is blob of pixels, it’s really hard to care. And I do get that this is a retro game and that they are being as deliberately cliché as possible. Still, there’s very little incentive to even trying to understand the story.

Somehow or another, the whole incident results in Detective Kelly being forced to put back on his old blue uniform and get out on the streets. The sergeant gives you a set of tasks each day, mostly involving writing tickets or being on the lookout for suspicious persons or vehicles. There are also more overarching tasks as well, such as trying to earn enough money to pay your wife’s alimony, and also trying to find out just what the hell happened in the first place so you can clear your name and get back to work as a detective. And you have 21 days to do that, or you’re back on the beat forever.

There are also two major criminal factions who will ask you to do a variety of tasks, from looking the other way while they wack someone to framing the other faction. The Mafia, which is run from the pizza parlor, of course, will seek to enlist your help at times, as will The Crew, a drug-dealing black street gang. Almost any action you take will affect your relationship with these factions, as well as with the police and the people on the streets themselves. And rarely do the interests of these factions ever intersect.

So, the game works like this: using only one mouse button, you control Officer Kelly as he patrols his beat from one end of the block to the other, on one side of the street. There are various businesses and apartment buildings along the way, as well as some scary looking alleyways. Almost all the businesses cater to some stereotype – gay nightclub, Jewish deli, Italian restaurant, shady pawn shop, etc. Again, this is all meant to be in keeping with the material the game is a tribute to. You can go into the various businesses and talk to the owners, and you can also talk with certain people on the street. All of these folks can provide you with information or tasks to do, sometimes for cash.

Speaking of stereotypes, however – be warned that the game is sometimes a bit heavy-handed with this stuff. While a lot of it can be attributed to correctly depicting attitudes in the 1980s, such as the Irish-American cop talking about his “dago detector” going off or someone making derogatory comments about “the blacks”, some of it seems to reflect the prejudices of the developers themselves, particularly in regard to black people: background characters eating watermelon on the street, or the fact that almost every time you arrest a black guy committing any crime, your standing with The Crew goes down. I think this certainly crosses the line between provocative realism and just straight-up offensiveness.

Another major gameplay element is writing tickets. Basically, you click on parked cars and check the parking meter, check the tires, check the lights, and then issue tickets accordingly. You can even call in a tow truck. On some occasions, you can also search vehicles, which opens up a mini-game where you have to move objects around in order to find drugs or other contraband. While this whole ticket-writing mechanic is somewhat interesting, it’s also repetitive and gets old fast. Whether this is a brilliant move by the devs in evoking the futility and monotony of this kind of work, or it’s just lazy game development is anyone’s guess. Finally, you can also make arrests, by clicking on your handcuffs at the bottom of the screen, or use your gun by clicking on your pistol. There’s actually a basic tutorial on your first day, though you don’t get to use the gun until way later.

The graphics in Beat Cop are really good for the look they’re going for, with very simple, pixellated designs that are nevertheless able to display a surprising amount of detail when taken as a whole. There are little interesting tidbits everywhere, from the Twin Towers in the Manhattan skyline on the title screen, to various bits of graffiti on the walls, to names on apartment nameplates like “H. Callahan” and “A. Foley”, names which should be familiar to fans of the kinds of shows and movies they’re trying to honor here – as well as others like “O. Schindler” and “R. Burgundy”. The music is decent too – on the title screen I felt like I was playing a Sega Genesis game, and out on the beat itself you can walk past a head-banger blaring heavy metal music, or ask some Crew members to turn down the volume on their boomboxes.

The developers did make an effort to pepper the game with detail, and I suppose there is some fun to trying to figure out just what they’re getting at. Obvious references to movies like Red Heat and Coming to America in your mission briefings, and clichéd dialogue like your boss saying “I’m keeping an eye on you” all add to the charm. Knock-off car manufacturers like "Reichswagen" and "Crodilac" are there to be found, as are references to very specific 80s issues, like the rise of the Polish “Solidarity” trade union.

One thing I found really annoying, however, was the game’s poor use of profanity and slang. Not the fact that the game uses profanity and vulgarity, mind you, but that it’s used in a way that’s jarringly “off”. This is a common problem for indie games created by non-native English speakers who are trying to be “hip” or “edgy”, whether German, Polish, Russian (that covers a LOT of games these days), or whatever. They have no sense of nuance or proper balance, and it just sounds like an eleven-year-old who gets a transgressive thrill from saying “naughty words”. The last thing it sounds is “adult” or “edgy”. So you get weird juxtapositions like the words “cock” and “bullcrap” in the same sentence, which just sounds stupid. And while cop shows and movies of the era could get pretty raunchy, some of the things they have characters do and say in this game are just way over the top, and just reek of someone trying way to hard to be cool.

Lastly, Beat Cop is still full of bugs and other issues. Sometimes you’re just not able to click on something you’re supposed to be able to click on, sometimes a character you’re supposed to be watching just disappears, sometimes you can’t enter a certain place for no reason whatsoever, and sometimes a crime occurs so close to the edge of the street that there is no way to get there in time, even if you can run without stopping because you took stamina-enhancing drugs (yes, that is something you can do in this game).

By far the most egregious of these issues, however, is one that severely impacts your ability to complete the main storyline for the “good” ending, and it is due to poor writing and developers who don’t seem to understand what a “prime number” is. Also keep in mind that if you flub a major mission for a day, you will have to repeat the whole day over again, including all the monotonous tasks like ticketing, etc.

All in all, Beat Cop is a somewhat enjoyable attempt from a first-time studio, and they do deserve credit for the game’s positives, such as its actual gameplay concept and the nice, colorful pixel art. But other aspects of the game, like its poor writing and at times buggy gameplay, as well as the fact that it only has very limited replay value, lead me to recommend that if anyone wants to buy this game at all, wait until it goes on sale. I just don’t see a justification for paying full price, even if it is just 15 bucks. (Review by Chase Faucheux)

give me key pls

i search for free steam keys why this here ? 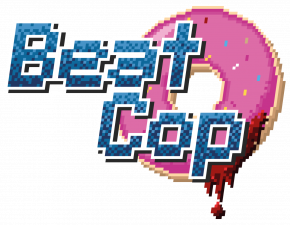