So, you've played this game before – for better or for worse. Zombies are about, and somebody's gotta waste 'em. Might as well be you. Looks like it's time to slap a couple grenades onto a sledgehammer and go to town.

In Dead Rising 4, Frank West's path has brought him right back to everyone's favorite zombie-infested mall, years after the initial outbreak, in a time where (supposedly) everyone has already been inoculated with the vaccine. And yet, there are plenty of undead hordes to be found. Oopsie.

Our intrepid reporter sets off to get his story, and document it all with his trusty camera. New options include new camera modes (night vision and a deus-ex-machina hacker-type mode/spectral analyzer), and the camera upgrades you start with serve as an interesting way to unlock secrets and complete Investigations, even if they do make things a bit too easy at times.

There are also new blueprints for slapping two weapons together (e.g. a sledgehammer and some grenades), or even two vehicles, to make something quite a bit nicer than the sum of its parts. Some of the weapons suck, and some are amazing, but some that suck can be made amazing if you combine them with the right add-on. Combo vehicles are especially fun. All weapons and vehicles do have a limited durability, though, so choose carefully.

You have a fairly deep skill tree at your disposal to invest in as you go and level up, too. Put your first few points into the one that gives you bonus health and regeneration; you won't regret it. Repeatable side quests and various photo ops are a good source of experience points (“PP”) also.

You can use standard keyboard controls or an Xbox One controller, right out of the box. Movement and in-game camera/view controls are simple and straightforward, as are the melee weapon controls – one button for normal attack, tap another for a “clear out attack”/hold for a powerful slam, both together once your hit counter is high enough for a satisfyingly gruesome finishing move. Use the shoulder button tap to throw, or hold for precise placement. Ranged weapons are a bit finicky, but usable. The D-pad is used to select weapon types, repeated click to cycle among available weapons in the same category. Driving controls can take some getting used to: shoulder buttons for forward/back, stick for some rather loose steering (those go-karts handle like cows), triggers for weapons, etc.

The game does have its issues too, some of which keep this installment from rising to the same level of awesomeness as its predecessors. For one thing, everything seems a lot easier, and the removal of the timer feature really reduces the tension that helped make the earlier games so exciting. On top of that, everything seems a bit simplified compared to the past (a common complaint about long-running franchises); e.g. there doesn’t seem to be as much enemy variety as before.

This is a Dead Rising game after all, so as far as the graphics go, dark is the word. What, you were expecting bright and cheerful? Neon lights and the occasional fire light up some areas, while others either have little to no lighting to help you on your way. Fortunately, you can still move around while in camera mode/nightvision/spectral analyzer in order to compensate. As far as sound is concerned, all I have to say is: “Uuurgh…, Raaagh…, Grrrn…” Nothing about the game is too taxing on your system, though, so the system requirements are pretty moderate.

Dead Rising 4 is the same ol' mindless, zombie-slaughtering fun we're used to … with a few new twists thrown in. If this sort of thing is your cup of tea, you're gonna have a good time. If not, there are better games of this ilk out there, such as the first two Dead Rising games. Long story short: Wait for a sale. (Review by Eric Kei)


Dead Rising 4 (PC)
Story:
75%
Gameplay:
85%
Graphics:
80%
Sound:
90%
Fun factor:
85%
Atmosphere:
90%
Pros and Cons
Camera upgrades are an interesting mechanic
Repeatable sidequests and photo ops keep the PP (EXP points) flowing at a brisk pace
Lots and lots of different weapons to choose from
Loads more zombie-slayin' adventure
Story isn't the most original, but that's not what we're here for, now is it?
Aiming guns and vehicle controls can take some getting used to
Simplified in many ways as compared to prior games
Protagonist feels like GenericGuy#482957 in a Frank West skin

how can I get the key?

how to claim a key ?

i want a key please

i want this game so hard

how can i get the key?

God i want a key

give me key plese

I want a Keyy!! Please

hi could i get a key to review the game

Plzzzz can I have a key I always wanted this game

how can i get my steam key?

i want to get a redeem code pls

we want the key

I want this one

key please i need one

What i should do

this play must really be well… I want it. thank you
that would give pleasures of gaining it

Can I have a key please

where is the key o the code?

haw to get this kod

can i get a key for this game?

give me key pls

keys for the left for dead 2 please :(

I LOVE THIS GAME 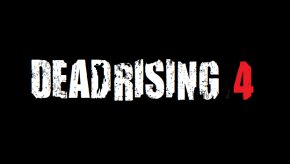