2012 saw the release of Dishonored, a stealth-action game developed by Arkane Studios and published by none other than Bethesda Softworks, still riding high on Skyrim. Set in a city modeled off of late Victorian London and Edinburgh and featuring a protagonist who can world arcane powers like the ability to bend time, possess other characters, and control rats, the game was a success, and a sequel was soon in the works. Dishonored 2 arrived in November of 2016.

Well, “second verse, same as the verse”, as they say, but this time with style. This game is set several years after the first one, and this time around, either you or your daughter has to go around and murder lots of people in order to clear your names, and prove that you're not a pair of murderers. Note that you can do a non-lethal playthrough, but that comes once you're more comfortable with the controls and how the game works. As usual with this type of game, going non-lethal will not, in any way, convince the enemies to go non-lethal on you.

When the story begins, our beloved Empress is dead! Long live the Empress! Oh, and by the way, not only has she just been murdered, but all of the witnesses to the act are now either dead, or part of the conspiracy whose job it is to frame you and yours for the crime. Many of the baddies, especially early on, are part of the conspiracy in question, and those who are not want to kill you anyway, just because you're there, apparently. So nothing new in that regard.

You can go forth as either the protagonist of the first game, Corvo, or as Emily, a new character. They play similarly to one another, though each has access to different special abilities and otherworldly powers – though, as with the killing, you can opt to forego said powers entirely, if you so desire. You start out captive in a locked room, stripped of your possessions – Apparently, the baddies are doing the James Bond “keep the hero around” thing, rather than just killing you outright as they probably should. Get out of there, and either KO or gleefully massacre the conspirators who have slaughtered their way through the area, until you can reach the safe room, gather up your proper gear, and GFTO of Dodge. All along the way, you can find coins and small artifacts to acquire (some of which will be on display in your HQ later on), as well as valuable items such as paintings which are immediately converted into coin, which you can spend after the first mission in the upgrade shops.

This game's version of the good ol' morality meter is one which shows the balance between Order and Chaos. Killing enemies and leaving the bodies in plain sight shifts the needle towards Chaos, and tends to make NPC's more alert and edgy. Use KO's as takedowns and hide all of the bodies/KO victims where nobody will find them, and you and the world stick more to the Order side of the equation.

The PC controls in Dishonored 2 are standard “stealthy bastard” FPS style – WASD or controller (native Xbox One works), with sprint, sneak, weapons, powers, etc all at your fingertips. Drop down from on high for an Assassin’s Creed-style insta-kill, or sneak up behind to slot a knife in the target's back or simply choke him out for a non-lethal KO. The game owes much to not just its predecessor (duh), but also prior stealth games such as Assassin’s Creed, Deus Ex, and Metal Gear Solid, while bringing its own unique style to the table in the form of its environments and characters.

The graphics look good, especially with recent update(s) specifically aimed at improving the visuals. They manage to convey the proper atmosphere without falling back on the crutch of simply turning down the gamma. Remarkably, it’s also capable of recreating the feel of an industrialized civilization without going all emo on us.

Sounds are there when you need them, and more or less not there when you don’t. Make sure you take good advantage of audio clues to help you figure out where enemies are when you can’t see them clearly. Go ahead and toss some bits of debris around to get their attention while you’re at it.

Overall, Dishonored 2 is a solid followup to a solid game. It’s very much worth the price of admission, especially if you enjoyed part one. With two distinct characters and a New Game + mode, there’s also a high degree of replayability. You can also set your own challenges, like trying to go through the game without killing anyone, or without using your powers. (Review by Eric Kei)


Dishonored 2 (PC)
Story:
80%
Gameplay:
85%
Graphics:
85%
Sound:
85%
Fun factor:
80%
Atmosphere:
85%
Pros and Cons
If you liked the first one, you'll like this one
Two distinct playable characters
New Game + is always a good thing (even if it requires a patch)
Uncluttered interface
Morality meter, no matter how they disguise it
If stealth games are not your thing, this game doesn't really offer anything new to make you one
Some voice acting can be annoying
Pause / inventory menu takes some getting used to

steam key if possible thanks you

Good game ,It would be nice to have a key ..

can i get a steam key pls

give me one steam keys pls

I'm not a robot

this is cool. you give me kye for game please

PLS GIVE ME KAY FOR THIS GAME :D

where is the free key ?

I really enjoyed the last game so I would be happy to try this one out.

Could I have the key please

pleaaaaaaaaas give me the key

How can I get a steam key anyone?

Key plssss i need it so much

can i get the key? please

How can I get a key?

That's right I loved the first one. But, really, this one is just beautyfull and offers many ways to play it. That IS a good game. 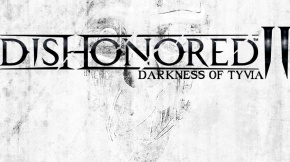