Released along with Final Fantasy Type-0 HD, Final Fantasy XV: Episode Duscae is the long-awaited first look at the fifteenth main installment in Square Enix's popular RPG series. Final Fantasy XV was originally conceived as Final Fantasy Versus XIII, a spin-off of Final Fantasy XIII, but the release kept getting postponed. Now fans finally have the opportunity to try out the title and get a shot at its action-RPG gameplay.

Story: In Final Fantasy XV: Episode Duscae, players take on the role of the young Prince Noctis, who is on a trip with his companions to the dwelling place of Titan, the powerful Archaean. The journey takes them far from the paved streets of civilization, and since their car isn't exactly cut out for rugged country roads, it doesn't take long before they're left stranded out in the middle of nowhere. There's a service station somewhat close by, but the party doesn't have the cash they need to pay for repairs. However, a mighty Behemoth by the name of Deadeye has been terrorizing the countryside, and the locals have placed a handsome price on its head. So Noctis and his friends set off to slay the beast and claim the reward.

The fast-paced battle system, which you can test out in a short tutorial before the actual missions begins, is really something, right from the get-go. Along with classic sword attacks, Noctis can also perform more powerful moves requiring the use of Magic Points. And then there are the innovative jump attacks, which you can carry out from the top of nearby utility poles. In the course of the game there are even short stealth segments à la Assassin's Creed, which add some variety and mix things up a bit.

Noctis' party is made up of four characters who serve as powerful allies to the prince in combat, which he definitely needs, especially at the beginning. His Highness himself can't really take a whole lot of damage, and it doesn't take long before he ends ends up in "critical  condition" where he can only perform a few basic actions, like using potions. Lucky for him, after a short sojourn in dreamland, he's fully healed by a mysterious "astral power" and can jump back into the fray.

Combat can be exhausting, and the map is full of places to set up camp for the night and get some rest from the strain of battle. Not only can you save your game at camp, you can also earn Experience Points by training with other members of your party. And you can cook a different meals that give Noctis and his party members various status buffs. You can purchase different ingredients at the nearby Wiz Chocobo Post, allowing you to create additional dishes.

In contrast to earlier games in the series, combat in Final Fantasy XV is directly intregrated into the game itself and doesn't take place on a separate screen. Even enemies are visible at all times, and can be attacked at will, which makes for an atmosphere that truly feels alive. This overall feel is only enhanced by a wide range of diverse side missions that blend in seamlessly with the main storyline missions and deepen the immersive experience.

With realistic facial expressions and minute details such as the animation of the characters' hair, the graphics in Final Fantasy XV: Episode Duscae are nothing if not impressive. The way the figures move in their clothing is also really well done, as is the detailed world with its realistic lighting and water effects. The whole thing is rounded off by a top-quality soundtrack featuring discreet contemporary orchestral sounds, which together with the excellent graphics forms the perfect setting for the action that plays out on the screen.

All in all, I can't say I have anything bad to say about Final Fantasy XV: Episode Duscae, except for that obvious fact that it's not a full game. Because playing the demo makes it that much harder to wait for the full version of Final Fantasy XV to finally hit the shelves, and once you're done, you're going to be really hungry for more. (Daniel Walter; translation by Chase Faucheux) 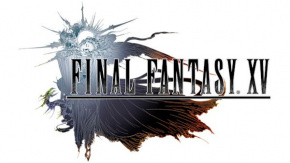 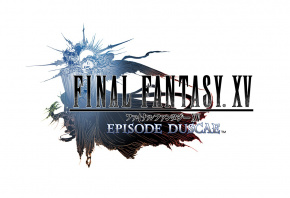