Since the year 2000, the Total War series has spawned over eight hit games, making it one of the most popular PC strategy series in the world. It's given players the chance to visit the warring states of feudal Japan, become immersed in Medieval Europe, and take the reins of power in the Roman Republic. With the ninth and latest installment, Total War: Attila, UK-based developers Creative Assembly step right back into the game, shedding light on one of the darkest chapters in European history. Players travel back in time more than fifteen centuries to Late Antiquity, to the time when Attila the Hun brought the waning Roman Empire to its knees. Read the review to find out whether it's a trip worth taking.

Let's Play History It's a time of great changes. Over 300 years after the end of Total War: Rome II, by 395 AD the once-mighty Roman Empire has been divided into East and West, both sides fighting for survival. The prevailing mood in Europe is one of despair, and the future looks bleak–while disease, drought, and famine spread far and wide, the barbarian hordes of the Huns and other peoples sweep down from the Eurasian steppes, leaving death and destruction in their wake. The old order is coming apart at the seams, and entire nations are taking flight, searching for a new home and a better future.

The main menu screen alone gives you a hint of the immense scope of Total War: Attila. Campaign mode gives you the choice to play the prologue, dive right into the extensive grand campaign, or play a multiplayer campaign. You can also play individual historic battles, test your strategic mettle against other players online, and last but not least, create your own battle scenario.

The two-part prologue has the Visigoths locked in a bitter civil war with the Ostrogoths. After defending their settlement of Olbia from the rival faction, the Visigoths have to fend off another invasion, but this time the Ostrogoths are joined by the Huns, mysterious nomadic warriors from the eastern steppes. In the course of the battle, you learn the basic controls, and get a chance to become acquainted with the complex gameplay mechanics and the user interface. If you're new to Total War, I cannot emphasize enough that you should complete this prologue, as the grand campaign that follows is going to require a lot of skill and a good sense of strategy.

The Huns are Coming The grand campaign allows you to choose from among ten different factions, including the Roman Empire (East or West), the Vandals, the Saxons, and the two Gothic factions from the prologue, among others. Each faction has its own unique starting conditions, which means that some are harder to play, some easier. The Sassanids, based in the colorful Orient, are quite wealthy, but their military forces are not as well equipped as those of their rivals. The Eastern and Western Roman Empires find themselves in dire straits: with dwindling resources and revolts cropping up in their home territories, their beleaguered and weakened armies are outnumbered by agressive enemies on all sides pressing in across their porous borders. The two Roman campaigns put you under a lot of pressure from the get-go, and are really only suitable for experienced players.

If you're looking for a quick win, however, then you should check out nations like the Saxons or the Franks. These campaigns allow you to gradually expand your empire, and the power that entails. The motivation here doesn't just come from the fact that victory comes relatively quickly, but because the experience is more balanced than with other factions.

If you choose one of the nations in the "Great Migrators" culture (Goths, Vandals, Alans), you start off as a "horde", with encampments instead of permanent settlements, until you manage to conquer some territory of your own. The Huns also start as a horde, but are unable to capture settlements, so when you play as them, you're forever on a war footing, wandering through enemy territory and pillaging their settlements in order to feed and supply your hungry hosts.

One thing that's always made the Total War series stand out is the unique way it combines turn-based strategic resource management with real-time tactical battles. No sooner than you're able to secure a position on the map do you find yourself facing a whole new set of challenges, mostly concerning your own population. You get four turns per year (corresponding to the four seasons) on the strategy map, which you use to not only take care of the social and economic needs of your people, but also to deal with the political and dynastic aspects of your rule. The goal is to gradually expand the power and territory of your nation, and you're given a wide range of possible decisions that will influence the course of the game in different ways each time. You can recruit new units, build and repair buildings, and make diplomatic arrangements with your allies. You make progress by researching new technologies and optimizing your military units and buildings for your civilian population.

When all diplomatic means are exhausted, matters are decided by open conflict on the battlefield. The Total War series has long been known for its epic battles, and the latest title is no exception. While your armies fight it out in extravagantly rendered mass battle scenes, you can move the camera around with your keyboard and press the mouse wheel to change perspectives. The mouse wheel itself lets you change the height you're observing the battle from, and a nice detail is that the battle sounds get louder the closer to the ground you get. If you ever lose sight of the big picture, just check out the tactical map in the upper right-hand corner of the screen. During battle it's very important to keep a proper balance between your various troop types. For example, it's best to keep your archers at a safe distance from the melee, while spearmen are ideal for fending off mounted enemies on the front lines.

In battle, make sure you always keep and eye on your own troops' condition, giving exhausted units a chance to rest for a moment whenever you can. Morale is another factor that can determine whether your army wins or loses – sometimes just killing an enemy general will send a surge of confidence through your ranks, quickly gaining you the upper hand, and it's not uncommon for the same event to cause enemy units to retreat one after another, utterly demoralized.

If you do ever find yourself in a hopeless situation, with the enemy at the gates of your last remaining settlement, every faction has the option of switching to horde mode, leaving their homes behind to roam across the map. You can even use scorched-earth tactics, burning your own province behind you as you flee, causing the enemy to suffer heavy losses due to lack of food and supplies. On top of that, it will cost them a lot of money to rebuild the settlements and infrastructure you've destroyed.

An eye for battle

One factor that the Total War series has always received criticism for is the fluctuating quality of the AI in siege battles. Things have really improved with Attila. Although there are wooden barricades you can use to block off and defend certain parts of your town, the aggressive maneuvers of the AI-controlled enemies will give you a hell of a fight. You'll find yourselfbeing attacked from multiple sides, making it so that you can't concentrate on one engagement at a time; instead you'll have to fight on several different fronts at once. This means it's absolutely crucial to position your troops properly before the battle actually begins.

The graphics and sound in Attila: Total War are of an overwhelmingly high quality, and nowhere is this more apparent than in the mass battle scenes. It's a powerful experience watching two armies face each other on hilly terrain, and this is only enhanced by fierce battle cries and the thunder of galloping war horses, all underscored by a dynamic orchestral soundtrack. Incredibly well deisgned weather effects round out the immersive battle atmosphere, including gorgeous sunsets, dense fog, pouring rain, and icy snowbanks. Of course, it dampens the whole impression a bit when you zoom in to observe the individual parts of the battle more closely. You'll see some soldiers standing around doing nothing and others having trouble with pathfinding, while the rest go at the enemy with highly repetitive animations. Even the landscape textures appear distressingly washed-out when you get too close.

Another thing that kind of messes up the battle scenes is the absence of blood, which takes the edge off the dramatic confrontations, making them feel sterile and out of sync with the title's dark, apocalyptic overtones. This is one place where the developers could have gone the extra mile, if only to do justice to the extreme violence of the historical era the game is based on. Instead, they went and released a DLC pack, Blood & Burning, that adds all the blood and gore that should have been in the game in the first place. They did the same thing with Total War: Rome II, which really upset a large portion of the Total War fanbase. Of course, when it comes to DLC, the folks at Creative Assembly and Sega are anything but customer-friendly – various DLC releases like the "Viking Forefathers Culture Pack" and the "Celts Culture Pack", the first of which appeared on the same day the full game was released, ensure that fans will keep shelling out more money for extra factions.

The more-or-less fresh setting of Total War: Attila will keep both strategy vets and newcomers to the series occupied for hours, provided your computer can handle it. Several different game modes offer long-term motivation, and the awesome graphics, excellent sound effects, and fitting soundtrack all come together to immerse you in the world of Late Antiquity. The campaign alone, which can be played with ten diverse factions, to say nothing of individual decision-making, is enough to give Attila a very high replay value, and make it the kind of game that's worth investing lots of time and energy in. The only thing that leaves a somewhat unsettling (and entirely unnecessary) aftertaste are Sega/CA's dubious DLC practices. (Daniel Kohlstadt; translation by Chase Faucheux)

can i get key plzzz

can you send me a key to

Can i get an key plsss 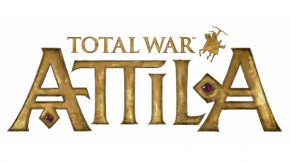