Final Fantasy Type-0 has been available on PSP in Japan since way back in 2011, but with the new HD for version for Playstation 4 and Xbox One, Final Fantasy fans all over the world can get in on the action. When the story begins, you follow a character by the name of Izana as he makes his way through a city ravaged by war between the locals and the invading Militesi Empire. He's looking for a boy named Ace, but can't seem to find him anywhere. While searching for Ace, he ends up walking right into a Militesi ambush and is mortally wounded. A little while later he's actually found by Ace, who attempts to help him, but to no avail. With a heavy heart, Ace has to leave his fallen comrade behind and fight his way through enemy-occupied territory accompanied by his friends Nine and Queen until they finally make it back to the Vermilion Peristylium, the magical academy at the heart of the city of Akademeia. This is where you find out that the three friends are members of Cadet Class Zero, an elite group of students whose unique abilities make them an ideal special fighting force. Class Zero is to help the Dominion of Rubrum beat back the superior forces of the Militesi Empire and restore peace to the world of Orience.

An Action-packed Battle System with Lots of Different Characters (Gameplay) Final Fantasy Type-0 has a great combat system–it's highly action-oriented and the intuitive controls are pretty easy to master. Each character has four attacks at his or her disposal, with each one corresponding to a button on the controller. The abilities of the individual group leaders range from melee attacks with weapons like swords and spears, to powerful magic spells, to healing abilities for protecting your classmates and keeping them alive. Like in other Final Fantasy games, characters in Type-0 use offensive magic based on various elements, including Ice, Fire, and Lightning attacks that will sometimes deal more damage, sometimes less, depending on what kind of enemy you're targeting. Because of sheer number of characters available on a mission, including reserve fighters, you'll quickly figure out who the right one for the job is in every situation.

During combat, you control the current group leader, attacking however and whenever you please. Of course, you can switch back and forth between group leaders at any time, too. Not only does this give you the chance to give characters low in HP a much-needed rest, it also means you can adjust your tactics to whatever enemy you're currently engaged with, allowing you to gain the upper hand. However, this uses "Agito Points" (AP), and knowing when to use them is important if you don't want to end up losing a fight. Your can refill your AP by dealing damage to enemies.

In order to gain the upper hand even in more difficult battles, the game has several features you shoud be aware of that could mean the difference between victory and defeat in dicey situations. Before each mission, you can decide if you would like to call for support from the Peristylium. These support troops will fight alongside the group leader and assist your team. You can still call for reinforcements once you've already begun a mission, too, however. Also, larger groups of enemies will have a leader, who will be visibly distinct from his subordinates. In these cases, once you defeat the leader, the other troops will automatically give up, and you can even search them for items as if you'd defeated them, too.

Another way to escape from a desperate situation is to retreat. This allows you to take the Experience Points (EXP) you've earned up to that point in the mission and return to Akademeia. True, the mission will still be incomplete, but at least this way you won't lose any of the EXP you gained. If your entire group is wiped out, however, you have no other choice but to say goodbye to the EXP. If you ever end up feeling like the difficultly level you chose at the beginning of the game is just too hard, you can change it at any time in the options menu to avoid having to keep playing the same mission over and over again.

Since your party members are going to be using up a lot of MP (Magic Points) and HP in combat, missions contain areas known as "Regeneration Portals" that you can discover, which allow you to fully restore your HP and MP. You can also gather "Phantoma" from fallen enemies, which will also refill the MP of the selected character. There are a few ways to save the game, but the primary method is to find one of the special "Relic Terminals" found throughout the levels, which allow you to save your progress. At the end of each successfully completed mission there's a screen that displays stats and ratings, and you can also decide whether or not to save your progress here. As with most Final Fantasy games, there's no automatic save feature to speak of. So with this in mind, it's a good idea to save your game at every possible opportunity if you don't want to deal with any nasty surprises.

Each character that takes an active role in combat will receive EXP at the end of a fight. You can use these at Relic Terminals to unlock new abilities or upgrade the ones you already have. Since each character receives their own EXP, this means they also level up separately. So make sure you give all of them a chance to fight and don't just use your favorites, allowing your whole team to get better at more or less the same pace.

Individual sequences within each mission are pretty linear, with very few opportunities to depart from the set path. You go from area to area, defeating all the enemies in each one in order to unlock the next area. The mini-map displays your current mission objective, which ensures that you never actually lose your bearings. This highly constrictive level design pretty much disappears when you get to the open world map, however. The world map allows you spend your time between missions exploring Orience and earn EXP fighting wild creatures and other enemies.

But freedom of movement is not the only thing that differentiates story missions from the open-world gameplay. The way battles are integrated into the gameplay is also totally different. In story missions, all enemies are visible and can be attacked directly, but in the open world outside of Akademeia, there are no creatures to be seen. When you do run across an enemy, a separate battle screen opens up, like the system in Final Fantasy X and other installments. This means that battles take place in their own environment and are not truly integrated into the game world.

To add even more variety to what is already a well designed gameplay system, the game offers several missions and mission segments that depart from the regular course of action. Not only are there arena battles featuring creatures from other Final Fantasy installments, but there are also real-time stragey sequences where you have to command troops and conquer enemy strongholds à la Age of Empires. Towards the end of these RTS battles, the gameplay switches back to the standard combat system and you use your cadets to take the stronghold. These special sequences are a nice idea, but considering that the "normal" gameplay is fun enough as it is, I don't think it was really all that necessary to put them in.

The game's background music features a wide array of different sounds. Along with fast-paced pieces featuring driving string music and extravagant choral arrangements punctuated by rock guitars, there's are also a variety familiar Final Fantasy melodies to discover. These play when you're exploring the open world for instance, or when you're riding through the landscape on your Chocobo. Sometimes the music does get a little bit repetitive, unfortunately, which can get annoying in certain situations. Cut scenes, on the other hand, are underscored by really emotional pieces, and at the beginning of the game they treat you to passionately sentimental Japanese pop song.

Voice acting is in English, but you also have the option of listening to the original Japanese audio. Other versions of the game aside from the US release feature subtitles (German, French, Spanish, etc.), but audio is currently English-only (or Japanese).

Your PSP Roots are Showing (Graphics)

The graphics are one area where it's very much apparent that Final Fantasy Type-0 HD is a remake of a PSP game. Fans used to more recent games in the series will probably find that Type-0 HD just doesn't measure up in terms of detail and realism. The cut scenes do look pretty good, but they're still far behind what people have come to expect from the main games in the Final Fantasy series. Nevertheless, the various settings throughout the game do provide an excellent atmosphere for the story as well as the battles. But seeing as how Type-0 HD is the first Final Fantasy game to be released for the latest generation of consoles, there are definitley going to be at least some people who are going to be dispapointed with the graphics in it.

Looking at the graphics in Final Fantasy Type-0 HD for the first time, some fans of the series might find themselves rubbing their eyes in shock at the drop in quality from what they've come to expect. The lack of detail and at times fuzzy textures are hard to overlook, and are rather unusual for major Final Fantasy games nowadays. This is where you really have to keep in mind that Type-0 HD is, in fact, a remake of a four-and-a-half-year-old PSP game that we in the West are getting to enjoy for the first time. And after a few hours of gameplay, there will be no doubt about how enjoyable a game it is. The action-packed battle system and the sheer variety of unique characters at your disposal are enough to convince anyone that this game is a lot of fun indeed. And the combination of linear missions with a wide-open world map is something that should please any Final Fantasy fan. A diverse soundtrack of (mostly) great music and a well-crafted story round out my opinion that Final Fantasy Type-0 HD is a game I can recommend to anyone. (Daniel Walter; translation by Chase Faucheux)

I want To Be This Key On Steam
My Email :
And Thnx ! 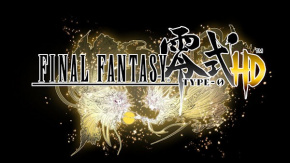