Hyrule Warriors is what you get when you combine the universe of The Legend of Zelda and the gameplay of Dynasty Warriors. It's a game that could not be more different from other games in the series. Read our review to see whether or not it was a good idea to mix these things together.

Volga, Wizzro, and the Princess

For generations, the people of Hyrule have heard the legend of a war that brought together the warriors from three different eras in Hyrule's history. One fateful day, Princess Zelda awakes from a recurring nightmare. She confides in her protector Impa that her dream has led her to believe that Hyrule is in danger. Impa believes her, and the two of them begin their search for the reincarnation of the Legendary Hero.

At a time in Hyrule's history when evil threatened to completely overrun the kingdom, a hero was born. With the help of the legendary Master Sword, the hero vanquished the forces of evil, sealing them away from the rest of the world. It is this hero whom Zelda and Impa now seek. Neither of them believe that they will find a hero within the walls of Hyrule Castle, but a young Imperial Guard recruit catches her eye when she sees him make short work of his trainer on the practice grounds.

Suddenly, they hear a guard shouting that Hyrule is under attack. The young recruit, whose name is Link, decides to help them fight back the monsters. Link faces off against a powerful knight called Volga, but our hero doesn't stand a chance. Impa attempts to step in and protect the young warrior, but he steps in front of her. His courage creates a barrier of light, and the bright mark of the Triforce of Courage appears on his hand. Upon seeing the Triforce, Volga flees the scene.

Then an evil sorceror named Wizzro appears and summons the creature known as King Dodongo. The monster manages to stop Link and Impa long enough for Wizzro to fight his way to the castle and capture it. When Link and Impa regain their senses, Princess Zelda has vanished. Impa enlists Link's help, giving him the green tunic once worn by the Legendary Hero and making him a general in the Hyrulean Army. Thus begins the search for Princess Zelda.

This is just the beginning of a long story, and as you would expect from a Legend of Zelda game, it's a really good one. You'll be drawn into the game's intricate plot, and the excellent storytelling will make sure you're always clued in to what's going on.

Become a part of the legend

There are essentially three different game modes: Free Mode, Legend Mode, and Adventure Mode. Legend Mode is where you play through the main storyline of Hyrule Warriors, with tons of missions awaiting you there. Each level has different playable characters, so there's no chance to playing every level with every character, something you can only do in Free Mode, which allows you to replay any mission you've already completed using any character you've unlocked.

Every battlefield comes with a variety of items you can find; for example, there are two Pieces of Heart in each mission, with one that only a certain character can get, and the other only available to the other characters. Like in other Zelda games, you have to collect four of them to increase your health by one whole Heart Container. There are also Gold Skulltulas–spiders, that is–that will only appear when certain conditions are met. If you kill one, you get an "Illustration Piece". Collecting enough of these will level up the Bazaar, giving you a better selection at the Apothecary.

As you might expect, the Apothecary is where you can buy potions, which you can use to increase drop rates for certain items in battle or to grant your character special power-ups. But before you can use one, you have to have have an open item slot for it, and that's where the Badge Market comes in. The Badge Market allows you to purchase upgrades, known as "Badges", using Rupees and Materials dropped by fallen enemies. There are three types of Badges: Attack, Defense, and Assist. Attack and Defense need no explanation, and Assist Badges are for things like Potions and other things ot help characters during battle.

Along with the Apothecary and Badge Market, there's also the Smithy, where you can upgrade and transfer skills between weapons, and the Training Dojo, where you can level up the characters you don't play all that often. All you have to do is purchase the necessary Experience Points using the Rupees you get from defeating enemies.

A bit of old school is always a good thing

Adventure Mode takes you on an old-school adventure complete with lots of different challenges and rewards. There are more than 100 different missions you can sink hours into, with A, B, or C ranks to achieve, which you can think of as gold, silver, and bronze medals.

The scope of the game alone deserves a thumbs-up. Legend Mode takes about 15 hours to complete, and it's about the same for Adventure Mode. But let's get to the actual gameplay: You control one hero at a time, who you select at the beginning of each level, where you sprint, strike, defend, cast spells, and use items. A good deal of enemies await you, and of course there are enough bosses that you can dispatch each one in diverse and creative ways.

Some examples include a bow for ranged attacks, bombs you can use in all kinds of ways, and the famous boomerang, all of which are available from the beginning. Most characters can also use a variety of weapons, but of course you can't change them once the battle starts, which kind of sucks, but it's not something you really need to do anyway. Each kill increases your special attack gauge. When it's full, you can unleash a powerful attack that in most cases deals damage to surrounding enemies over a wide area.

There are also the ubiquitous pots that have been in the series since the very first Legend of Zelda game back in the 80s, which you can smash to get at the contents inside. In Hyrule Warriors, you can find Hearts, Rupees, Magic Jars, and all kinds of other stuff in them. Magic Jars slowly replenish your magic gauge. Once it's full, you can carry out a magic attack.

All in all, it's a pretty fun game. Yeah, it's mostly just killing hordes of enemies, but hey, that's a lot of fun. Now let's talk about graphics and sound.

The game actually looks really good – every now and then certain textures are a little dull-looking, but in the heat of battle you hardly notice it. I also liked the character models, which are really well designed and have the same kind of charm that other games in the Legend of Zelda series have. The design of some of the levels is highly reminiscent of certain other games in the series, especially Gerudo Desert.

Anyone who's familiar with Link knows that he doesn't say much. You just hear him shout when he falls, gets hurt, or attacks. It's no different in Hyrule Warriors. All conversation is done via text boxes, which might work with other games in the series, but the action-packed battles in this title mean that it's easy to miss the information in the text. Nevertheless, the developers have synced a different voice to all the explanatory cut scenes where no character is talking.

Hyrule Warriors is a nice game, and I think it belongs in the Legend of Zelda series (though it's not canonical). Sure, it's not The Ocarina of Time, but do they all really have to be? As a fan of the whole Zelda series, I for one am very satisfied with this title. It does have its weaknesses, but what game doesn't? I think that Nintendo, Koei-Tecmo, and of course the developers have done a great job here. (Dominik Probst; translation by Chase Faucheux) 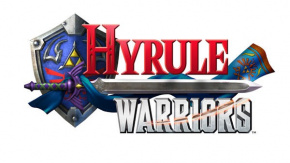