Do you like to play alone or on a team? It’s a question everyone asks themselves before buying a new game. Evolve has something to offer for both the loners out there as well as the team players. Whether you choose to play as a monster or one of four Hunters, you’re guaranteed to have a good time. Read the review to find out if Evolve is a game that’s worth spending your money on.

When you launch Evolve, the first thing you see is a video tutorial featuring the Monster “Goliath” that explains the basics of gameplay. Then you get a chance to try your hand at controlling the Monster yourself, with pop-up instructions to help you along. First, you learn how to follow waypoints markers, then you get to eat your first wild animals. After that, it’s time to go into battle against the Hunters. If you do well here, you can even get experience points and other rewards.

After the Monster tutorial there’s another video, this time featuring the Assault-class Hunter Markov, followed by a tutorial where you learn how to follow waypoints, kill wild animals, heal your teammates, and then finish up by slaying the Monster. You can collect experience points and other rewards here, too.

The two tutorials take about 10-30 minutes to complete, but it’s worth it. They do a good job of teaching you the gameplay basics, and you don’t have click through an endless series of text boxes.

After you’re done with the tutorial, you're redirected to the main menu, where you can choose to play single-player or multiplayer. Naturally, there’s also an options menu, a profile screen, and an in-game shop, where you can buy the Hunting Season Pass that integrates four new hunters and three Magma Monster skins into the game. In my opinion, it’s worth buying, since it increases the number of available hunters from eight to twelve, giving you a wider selection of characters to choose from, which gives the game more long-term appeal.

Apart from the Season Pass, there are also skins that as far I can tell are purely visual, though some players claim that say, having a green Monster against a green background gives you an edge in combat. The Monsters are really big, though, so I just don’t think this claim holds any water.

When you start a new game in single-player, another video explains that the human colonies on the planet Shear are being attacked by evil alien Monsters, which you are being sent to exterminate. The very colony you were headed to is among the ones which have fallen victim to the attacks, and your extermination mission quickly turns into a rescue operation. You have exactly five days to evacuate as many people as possible. After the video, you choose between Quick Play, where you complete one match after another on a variety of different maps and game modes; Evacuation, where you complete five missions in a dynamic campaign where the environment changes with each victory or defeat; or single, individual match.

No matter which one you choose, each game mode starts with a short video explaining the basics of that mode. In “Hunt”, if you play as the Hunters, your task is to kill the Monster before it can destroy a power relay. As the Monster, you have to keep as far away form the Hunters as possible, eat enough wild animals to reach Stage 3 and destroy the relay (or you can kill all the Hunters).

In “Nest”, the Hunters have to destroy six Monster eggs within a certain time frame, and the Monster has to protect the eggs from the Hunters in the same time limit. The monster even has the ability to hatch one of the eggs to spawn a minion to help it.

“Rescue” has the Hunters rescuing injured colonists from random locations on the map. As the Monster, the objective is to kill as many of them as possible.

In “Defend”, Hunters have to protect a refueling evacuation ship and its protective shield generators against a Stage 3 Alpha Monster and its minions within a certain amount of time. If the Monster manages to destroy one of the generators, they fall back to the next one, and then to the ship. The Monster wins by destroying the generators and then the ship itself, or by killing all the Hunters.

Now let’s get back to Evacuation. As I mentioned above, Evacuation consists of a series of five matches on different maps in the various game modes. Each victory or defeat will have an effect on the next match. If the Hunters win, they might get some armored turrets in the next match, or a fifth AI-controlled Hunter. But if the Monster wins, the Hunters may have to deal with poison gas clouds or extra wildlife for the Monster to feast on (thus evolving faster). When you consider the different maps and the different ways each one can be affected, there are more than 800,000 different combinations, which gives this game a very high replay value.

Five different game modes make for hours of fun, and with 800,000 different possibilities, no game is like any other. The difficulty in single player is relatively high, and I’m just fine with that, since you aren’t guaranteed a victory, but you have to work for it.

If you get the Season Pass, there are a total of twelve different Hunters at your disposal, which are divided into four classes. The Assault is the team’s main damage dealer. He’s got the most powerful weapons and the most stamina. The Trapper is able to slow down or stop the Monster with a variety of traps and other devices. The Medic is the team’s healer, but they can also deal damage. The last class is the Support, who stands by with an array of tools and abilities to aid their teammates, and also commands a few effective weapons against the Monster. Each character is different from the other characters in his or her class, and after a little while you should have your own favorite.

In contrast to the Hunters, there are only three Monsters as of yet. The Goliath is an alien juggernaut – big, dangerous, strong, and agile, but not the fastest. The scythe-clawed Wraith deals a lot of damage, and is really fast, but it doesn’t have much health. The Kraken is the only Monster in the game now capable of flying. As far as speed and strength are concerned, the Kraken is somewhere between the Goliath and the Wraith. Here too, they show you a video whenever you choose a Monster you’ve never played before.

At the beginning of the game, the only Monster available is the Goliath, and one Hunter in each class. For each game you play, you receive experience points allowing you to level up. You also receive character-specific points after each game. For example, you might have to deal a certain amount of damage with each weapon in Markov’s arsenal to earn a point. Once a character gets three points, they can level up, and you can unlock other characters in that class, new skins, and other bonuses. The same thing goes for the Monsters.

In my opinion, this system, where you have to work to unlock each character, is really well-designed. This way, they really make you learn how to play with each character instead of playing most of them only once and then going back to your favorite.

The graphics in Evolve are really impressive. All of the levels take place on the same planet, meaning that there is a thread of familiarity running through each one. Nevertheless, each one is very much its own thing. For example, you might run into a fuel tower on one map, another might have you wandering around in a snow-covered landscape, and another might have you making your way through a system of caves. And those are just a few of the many places you’ll see.

And what’s more, each map has its own flora and fauna, though there’s always more flora than fauna in any case. There are some spots where the foliage is so thick that light can’t even penetrate it, making it very hard to see. This makes them very good places for Monsters to hide. The PC version of the game is on the whole a bit more detailed than the console version. And on that note, the fire spewed by the Goliath looks a lot more natural on the PC than Xbox One/PS4.

I really like the characters, the Monsters, as well as the local wildlife, all of which are realistic and rich in detail, and it’s a lot of fun just to walk around and check out how good everything looks. Even during heavy combat, the environment is absolutely saturated with light particles, light beams, and a whole host of other multicolored effects.

There isn’t any background music in Evolve, as it would actually interfere with the gameplay. As if to make up for this lack of music, the rest of the sound effects – weapons firing and reloading, the noise made by the Monsters, the chirping of the birds and the sounds of the rest of the wildlife – all really contribute to the game’s highly immersive atmosphere.

I really liked Evolve from the get-go. I love how no matter if you’re playing single or multiplayer, it’s always four against one. I’m not a fan of online games where you go into battle ten on ten or whatever; I’d rather play on a small, tight-knit team, or even all alone in single player. I was also impressed by the truly awesome graphics in Evolve – they couldn’t have made them better. I cannot for the life of me understand why some people are saying it’s not a good game. Because there’s an in-game shop where you can buy new skins? It’s not like you have to buy them, and in my opinion the skins don’t add anything to the gameplay anyway. The Goliath is way too big for any skin to help it hide. The Wraith glides over the ground and the Kraken can fly, and they stand out in both cases. And anyway, if you’re playing as a Monster, you don’t need anything but the standard skin. (Dominik Probst; translation by Chase Faucheux)


Evolve (PC)
Story:
70%
Gameplay:
90%
Graphics:
90%
Sound:
85%
Fun factor:
85%
Pros and Cons
Awesome graphics and sound
Evacuation offers over 800,000 possibilities
Lots of different Hunters and Monsters
Loading times can be longer than usual
Storyline could have been longer and more detailed

Key Please? Email me at @

Hello, please give me a Steam key PC, send

Can i get the steam key ? my gmail is

black in the dark 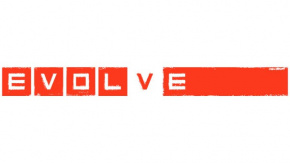