Zombies and conflicts of interest (Story)

The open-world zombie game Dying Light takes you to the fictional town of Harran, where an epidemic has broken out, turning those infected one by one into aggressive zombie-like creatures. In an attempt to get things under control, the Defense Ministry puts Harran under strict quarantine. This is supposed to keep the disease from spreading and protect the rest of humanity from being infected. The GRE (Global Relief Effort) takes on the mission of assisting the survivors left in the city, with the eventul hope of curing them. Their assistance includes airdrops of supplies and Antizin, a temporary cure for the virus, into the city.

The player character is a GRE agent named Kyle Crane who is tasked with entering the quarantine zone to recover a sensitive file belonging to the GRE. The GRE believes the file has been stolen by a man named Kadir Suleiman, a local politician who blames the GRE for the loss of his brother to the virus. The documents contain detailed information about a possible cure for the virus that is nevertheless still incomplete, and thus potentially very dangerous. Crane’s mission is to track down Suleiman and secure the files. No sooner does he land in the city, however, than he’s attacked by a group of bandits, and the struggle draws the attention of the zombie hordes. Crane ends up getting bitten, and as he begins to lose consciousness, he’s rescued by a small group of survivors known as the Runners who take him to their hideout, the Tower.  He awakens a short time later, and gradually learns that life in the Tower is all about survival, and that there are many infected persons there who depend on regular doses of Antizin to keep the more dangerous symptoms of the disease at bay. The fact that he is a GRE agent is something Crane prefers to keep to himself for the time being, which means he has to be secretive about his regular radio contacts with his superiors.

Before Crane can do anything else, he first has to complete several minor missions within the base in order to earn the respect of the other survivors. This is where you undergo a “fitness test”, where you get to learn the basic controls and gameplay mechanics in a safe environment. You’ll also learn about all the different ways you can move, which will come in very handy later in the game. Once Crane’s learned the ropes and earned the respect of the Runners in the Tower, their leader Brecken lets him in on just what it is exactly that the group does, and gives him some more important missions that take him outside the Tower. From this point on, you’re given a series of missions to help ensure the survival of the people in the Tower. Unfortunately, the interests of the Runners do not always match up with Crane’s actual mission objective of tracking down Suleiman, and time and again he must follow orders that require him to ignore his own conscience.

The main objective of Dying Light is to complete the various missions you’re given throughout the open world of Harran while trying your best to keep the zombie hordes at bay. One very important aspect of the gameplay in Dying Light is the difference between day and night. You always have the option of deciding whether you want to explore the city when it’s light outside or after darkness falls. The city is lousy with zombies no matter what time you get out there, but by day they tend to be more torpid and slow-moving, making them relatively easy to defeat. The night is when the tougher zombies come out to hunt, such as the “Night Walkers” and the even more vicious “Volatiles”. These are very difficult to fight off in direct combat, and your best option is usually to flee until you manage to shake them off somehow. But the day/night cycle has a lot more to offer than just different kinds of zombies. Since the pace of the game is slower and more relaxed during the day, this is a good time to go out and explore the city, or stock up on weapons and supplies, which you can find in the abandoned houses and cars found all over the city. You can’t really do these things by night, as there will be powerful infected lurking around every corner just waiting for you to get too close. Of course, you earn a lot more experience points at night, especially if you manage to make it through the night without getting killed. The end result of these changing conditions is that the game accommodates two very different kinds of gameplay, both of which are a lot of fun in their own right, with enough variety to keep things interesting even after several hours of playing the game.

The skill tree in Dying Light has three main branches—Survival, Agility, and Power—all three of which can be developed independently of one another. You gain Power points from combat, mostly, Agility points from climbing buildings and doing parkour tricks, and the best way to increase your Survival points is to make it through the night without being torn apart by zombies. Unlocking certain skills will allow you to use more weapons or learn how to craft useful items like medikits and lock picks. The selection of weapons available to Kyle Crane throughout the game ranges from simple pipes to cricket and baseball bats, and to tools like hammers and pickaxes. Later in the game you can also get your hands on firearms in some places, but this is more the exception than the rule.

As I mentioned above, you can make your own medikits and lock picks from materials you find in the city, but you can also get them from merchants in the Tower and in other secure areas. You get money either by selling valuable items like jewelry or coffee, or as a reward for rescuing survivors throughout the city whose lives are in danger. You can also find cash on dead zombies sometimes, which you can then use to purchase or upgrade weapons and other items.

You’re probably going to need somewhere to dig in outside of the Tower as well, and to this end, the detailed map features several safe houses you can retreat to when night falls and sleep until morning. Of course, if you’d rather spend the night out on the town, you can use the safe house to bypass the hours until darkness sets in. Be warned though that most of these have to be cleared of zombies before you can use them. The mini-map is well designed and easy to understand, and allows you to mark your mission objectives or look for the nearest available side missions, which are legion in the game’s expansive open world. It even shows the locations of some of the nastier zombies at night, allowing you to avoid them as best you can.

Adding even more diversity to the already multifaceted gameplay are certain missions that have you clambering up buildings and running along rooftops in ways that might remind you of the gameplay in games like Tomb Raider or Uncharted. And since there are unlikely to be any zombies on the rooftops, these segments offer a chance to rest from the zombie hordes hungering for your flesh below.

The graphics in Dying Light are nothing short of amazing. Interiors of buildings like the Tower are designed in such a way that they perfectly fit the apocalyptic atmosphere, and the exterior game world itself is full of details like ruined homes and makeshift security points that contribute to a general feeling of terror that will keep you on edge. The whole thing does a good job of recreating the feeling of zombie movies like 28 Days Later. The alternating day/night cycle and weather effects are realistically portrayed, and details like raindrops, smoke, and fire round off the game’s immersive experience. The visual highlight of Dying Light is probably the view you can enjoy through a broken window in the Tower, allowing you to take in the city sprawling out beneath your island of refuge, and the world beyond that. The only thing that really doesn’t fit in with the games excellent graphics are the zombies themselves, oddly enough. They just come off looking like mannequins sometimes, and the details in their faces are nowhere near as “fleshed out” as you might have expected after seeing the game world.

Throughout most of the game, the background music is pretty simple – soft, restrained percussion sounds that help to maintain an overall feeling of tension and unease. Unpredictable fluctuations in volume and intensity help to enhance this effect even more and emphasize the end-of-the-world kind of situation the protagonist finds himself in the middle of. The sound changes when night rolls in, and in those moments where you’re suddenly face-to-face with a bloodthirsty Volatile and armed with not much more than a weak flashlight, the music changes to savage drum beats and hectic strings as you run for your life, frantically searching for somewhere safe to hide before you’re torn limb from limb by the zombie hot on your heels.

The sound effects also fit into the game’s overall atmosphere really well. Authentic rain sounds and lightly rumbling thunder do a great job of making the visual weather effects feel even more realistic. On the other hand, you can always hear barely perceptible screams and grunts off in the background, which are there to ensure that you can never actually rest easy in this world.

All in all, I can say that there’s pretty much nothing about Dying Light for me to criticize. The game’s graphics are breathtaking, and the background music and sound effects ensure that you never lose sight of the game’s apocalyptic atmosphere. The game world is huge, and there are more than enough side missions to keep you occupied and having fun for a long time. The steady progression of the day/night cycle and the various kinds of challenges that each day brings all ensure a wide range of variety in the gameplay. The explicit portrayal of violence will require some pretty tough nerves in some places, but that’s to be expected with this kind of game. However, if you’re expecting Dying Light to be a classic FPS, I’d recommend testing the game out first, since firearms a few and far between in this game. (Daniel Walter; translation by Chase Faucheux)

i wanr=t thus so bad

Need a key, thanks, u guys r the best!

Please send a key to

i would highly appriciate it

Please send me a Xbox One key...Email:

may i please have a key i've been looking for a new game to play and my friends say this is a really good one. Email

plz give me key

please send a key to

please send a key to

Please give a key...

I would love a key! I just need this game in my life! or

man, i loved de first, i'm going to love this expancion, i will love to have a key T_T 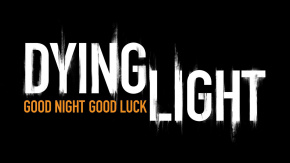