Life Is Strange (Xbox One)

Life Is Strange is an episodic graphic adventure made up of five installments scheduled to be released in six-week intervals. The first episode, "Chrysalis",  came out on January 30 this year for Windows, PlayStation 3, PlayStation 4, Xbox 360, and Xbox One. The game was developed by French indie studio Dontnod Entertainment, known for their previous work on Remember Me.

The Life of Max Caufield

18-year-old Max Caufield returns from Seattle to her hometown of Arcadia Bay, Oregon in order to study photography at the Blackwell Academy. One day, the introverted young student has a vision of an impending natural disaster that threatens to devastate the town. And as if her day weren’t weird enough already, a little while later she saves the life of her childhood friend Chloe by “rewinding” time.

Episode 1, as you might expect, acts as an introduction to the gameplay and to the first few characters. I do have to say that the minor characters tend fit certain tired stereotypes – Max meets the socially awkward nerd, the blonde queen bitch, the all-star jock, and lots of other people you might remember from your own days in school. It’s nice to note, however, that the portrayal of Max and Chloe is deep and nuanced. All of their actions make you think, and there’s a lot of emotional development. You’ll often find yourself asking what’s up with Chloe, why the she acts the way she does, and just what happened to her in the past. The game raises several different questions that will get you to think about what has happened during and before the game; and more than anything, they’ll make you curious about what’s going to happen in the upcoming episodes.

So, back to the gameplay. The controls (using an Xbox controller) are pretty intuitive, and they don’t take long to learn at all. The tutorial at the beginning of the game teaches you all the most important button combinations, which are quick and easy to learn. Max’s ability to manipulate time allows you to test out the consequences of various choices you can make, and also gives you a good deal of control over the course of the game. It’s not often that you can make a decision in game, see what happens, rewind, and then make a different decision. After you test out all your options, you can then decide how the game should proceed. And it’s usually a good idea to do this, since every decision you make will have repercussions throughout the whole course of the game, not just in the first episode. Other things you might recognize from other episodic adventure games, like the ones made by Telltale Games. The main plotline is more or less linear, but there are a wide range of endings that depend on the decisions you make throughout the game.

Should I or shouldn’t I?

You’re mostly going to use Max’s time manipulation skills when choosing various dialogue options, but you can also use them in the context of lots of little puzzles found throughout the environment that allow you to advance the storyline or find out new information. I can’t say that the ones I ran across in the first episode were especially challenging, but then again this might change in future installments of the game. I was also happy to see that there are no quick-time events in the game so far, and that there’s no pressure to keep you from taking your time when making decisions, allowing you to explore the world at your own pace and not have to run around from one location to another.

As it so often does, the length of the game depends on how you play it. If all you plan on doing is playing through the main storyline, you won’t need much more than two hours to finish it. But if you want to dig deeper, there are tons of opportunities explore every facet of the game world and the people and the things that make it up, even apart from the main storyline. And if you like Easter eggs, you won’t be disappointed with Life Is Strange. For example, the license plates in the parking lot at the Blackwell Academy are just full of pop culture references just waiting to be discovered. All of this optional content can significantly increase the amount of time it takes to finish the game.

Easy on the eyes and on the ears

I don’t necessarily expect Life Is Strange to win an award for best graphics, but the game’s hand-drawn design and the interplay of light and colors gives it a unique appeal. And then when you add the soundtrack, it’s an experience you’ll want to keep coming back to. There’s nothing odd about sitting down in the courtyard for a few minutes just to watch the fountain and enjoy the way the sound effects work together to produce a very pleasant experience. The music fits amazingly well into the game, featuring not only some original acoustic pieces, but also licensed music from indie artists like Syd Matters, Mogwai, José González, Sparklehorse, and Bright Eyes. It’s a pity though that the character animations can sometimes come off unnecessarily stiff and emotionless, especially when you get up close during dialogue.

If all the positive press this game has gotten has piqued your interest, however, just make sure you know that the game is currently available in English only, though there are subtitles and interface localization for French. Not really good news for international players, but they could easily add other languages with patch updates later on. This has happened with other games in the genre, like Telltale Games’ The Walking Dead, but Square Enix hasn’t made any official statement on this to date. So for the time being, I’d assume this game is going to remain a purely English-language experience.

Not only did Life Is Strange give me a few hours of enjoyable gameplay in a gorgeous atmosphere, I also found a couple of new favorite songs to download after listening to the game’s awesome soundtrack. In any event, the interesting storyline and the two likable protagonists Max and Chloe have seen to it that I can’t wait to finally find out if they’re going to be able to stop the impending disaster and find out what happened to Rachel.

Personally, I enjoyed the fact that I didn’t feel like I was being rushed through the game, but instead felt like I could take my time and explore every facet of the game world. The controls were easy to learn, and the main gameplay feature, Max’s ability to “rewind” time, led to some really interesting changes in the course of the story. I’m looking forward to seeing how the rest of the game’s going to play out, and I can’t wait to devour the next episode. (Anja Schmidt; translated by Chase Faucheux)


Life Is Strange (Xbox One)
Story:
87%
Gameplay:
83%
Graphics:
81%
Sound:
87%
Fun factor:
85%
Pros and Cons
Graphics and sound have a unique kind of charm
Gameplay easy to understand
Lots of choices to make, with various consequences to each one
Lack of support for languages other than English
Minor characters rather stereotypical
Facial expressions stiff and emotionless at times 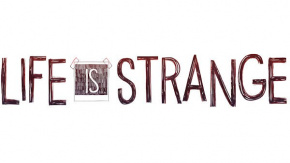