Investing money in superhero franchises seems to be a pretty safe bet nowadays. How else can you explain the way superheroes have exploded into the mainstream since the turn of the millennium? They’ve been particularly successful in the movie industry, where they continue to bring in tons of cash at the box office – and so far there seems to be no to their reign in sight. Superheroes like Spider-Man, Batman, and Superman have never been more popular. Naturally, the video game industry wants to jump on the bandwagon as well, and to get themselves a piece of the pie. And so, Turbine, Inc. (Lord of the Rings Online) and Warner Bros. Interactive Entertainment have brought us a free-to-play MOBA based on DC Comics’ seven-part limited series Infinite Crisis (2005-2006), offering players the chance to compete five on five in an online multiplayer arena. Read our review to find out whether they’ve been able to pull off this attempt at introducing some of the most well-known superheroes around into the MOBA genre.

Once upon a time, there was a Multiverse…

If you think back to the early days of comic books, where the classic struggle between good and evil would take place in simple, self-contained stories, the plot of Infinite Crisis will come across as a good bit more complex, and players who don’t have regular contact with the DC Universe might find themselves rubbing their eyes in confusion at first. Like in the comic books, there are several different parallel universes at the time the game begins, with six of them represented in the game so far. The DC superheroes and supervillains exist in all of them, but as different versions of their “Earth-0” counterparts in each one. So not only do you find familiar faces like Batman, Wonder Woman, Superman, Green Lantern, and all the rest; you also come across Atomic Wonder Woman, Nightmare Superman, and Gaslight Batman, all of whom not only look different from their Earth-0 versions, but also possess significantly different skill sets. Gaslight Batman is equipped with night-vision goggles and sonic pistols, and the only thing about Nightmare Superman that’s reminiscent of the Man of Steel is the “S” on his chest. There are currently a total of 39 champions available in the game, and regular updates ensure that there will be more to come in the future.

This hodgepodge of heroes and villains is due to the fact that the entire Multiverse is on the verge of collapse, with the result that different versions of DC heroes and villains are bumping in to one another. Their only chance to restore the old order of things is to join forces and train together in the Trials. There are several different game modes: the practice mode allows you to familiarize yourself with the controls and the user interface, learn how to use your skills, and eventually unlock more characters; the competitive mode allows you to play against the computer or against other players, and of course you can dispatch your friends online, too. Last but not least ranked matches, which allow you to compete against other players at the same skill level as you. There are currently four arenas available: Crime Alley, Gotham Heights, Gotham Divided, and Coast City, offering a good mix of classic conquest and control point maps.

Before you jump into the arena, you should really play a practice mission familiarize yourself with the gameplay mechanics. On the first mission, no lesser being than Superman himself recruits you, the “Protector”, to bring the Batman from the Gaslight universe to safety. And so you make your way to Earth-19, and assume control of the Champion Gaslight Batman, who you move through the level from a top-down perspective using your mouse buttons. You can also rely on support from Superman, who accompanies you through the level, offering tips along the way. Step by step, you learn how to use each of this Batman’s skills. In a MOBA like Infinite Crisis, each character plays a very specific role, commanding a variety of attacks and other moves that can be enhanced as that character’s skill level increases. In the case of Gaslight Batman, you learn how to throw his Sonic Batarang and Sonic Shell “grenades”, use a powerful rushing attack called Bat Flight, and let out a Bat Scream to make your opponents tremble. Every character has one superpower that is more powerful than their other skills, but also requires a longer cooldown time.

Not an army of one

Killing enemies will earn you experience points as well as game currency in the form of credits. You can use credits to unlock Artifacts that affect your character’s play style, which you can equip when you’re inside your base or near one of your turrets. While the Atomic Axe, the Sword of Beowulf, or the Coda Blade will increase your attack damage, various wearable items like wristbands and headgear will increase stats like damage resistance (armor) and health. If you make sure to upgrade these items whenever you get the chance, artifacts can potentially give you a decisive edge in battle.

You won’t be going into battle alone, however – your base sends out mechanical drones, also known as “creeps” among MOBA fans. Along with the drones, you move your hero along a set path between the two bases known as a “lane” in the genre, and attempt to destroy the enemy’s Power Core. The Power Core is protected by turrets that fire deadly lasers within a marked radius on any hostiles that come within range. You might find it pretty convenient that enemy turrets will always target your drones first, while you use your skills to take them out. If all your drones get destroyed, however, you’d better make sure to get out of the turret’s attack range as quickly as possible, because there's going to a devastating laser blast with your name on it. Once you’ve gotten all the turrets out of the way, all you have left to do is destroy the Power Core in order to emerge victorious from the arena.

In its basic concept and in the broad strokes of its gameplay, Infinite Crisis sticks very close to other games in the MOBA genre. There are a few details in the gameplay, however, that do set this game apart. For example, when your health is low, you can look for “Deployables” on the ground, some of which allow you to call down health charges, or you can instantly teleport your hero back to base so their health can recharge. Also, credits dropped by defeated enemies have to be picked up individually, which means that players on the opposing team can swoop in and take your hard-earned credits from right under your nose. In terms of combat, certain spots at the edges of the lanes allow you to remain hidden from view and launch surprise attacks on your enemies. And battles can also profit from the interactive environment – cars will go up in flames when repeatedly attacked, and telephone poles can be torn from the ground and used as weapons by certain characters. Random events like meteor strikes and lightning bolts are capable of deforming sections of the map, allowing for dynamic changes to the course of the game and exciting turns of events.

Warner Bros. has produced Infinite Crisis using its own pool of licenses, and they’ve made a good effort to make this game attractive to newcomers to the genre using the familiar heroes of the DC Universe. The game really does have a pretty comfortable learning curve, but they kind of bombard you with tips and options to choose from, especially at the beginning of the game. Case in point – you have to sit and listen to the game’s artificial intelligence known as the “Construct” as it drones on about the character screen.

The graphics in Infinite Crisis are at the upper end of average – not exactly groundbreaking, but not bad, either. The cut scenes that are used to move the plot along between training missions are done in a sort of comic book style, so this means they’re kind of minimalistic, but they do have a certain charm. The game’s brightly-colored character models look great with its nice particle effects and colorful user interface, and this is one place where you can see how much attention to detail the developers put into this game. And so I hate to say that the arenas themselves can come off a bit dull and uninspired at times. There are also some muddy-looking textures here and there. They really could have done a bit more here, even though the developers probably chose to focus more on performance issues given that the online factor is crucial in a game like this. And the high level of performance really does remain constant, even during massive battles. Of course, in battles with several different combatants, you to do tend to lose track of the big picture, and it doesn’t help that all the superpowers being used means the screen is full of flashes and explosions.

The voice acting is for the most part really good, though sometimes the actors do ham it up a bit too much, or the commentary doesn’t make much sense in the given context. It’s a bit odd at the beginning of the game, for instance, to see Superman giving Gaslight Batman advice about how to use his weapons, making “The Sound of Justice”, who’s been fighting for law and order for years, look like a rank amateur. In another mission, Green Lantern is introduced as a hothead who, after barreling headlong into an overwhelmingly powerful mass of enemies and being blown out of the sky, has to be rescued by the player.

The game’s soundtrack, however, manages to make up for the occasional odd characterization of some of the DC heroes and villains. It’s a mix of epic orchestral music and electronic beats that really goes well with the action-packed superhero battles on screen.

Even though Infinite Crisis makes a good impression overall, it’s got some pretty stiff competition to prove itself against if it wants to be relevant. Seasoned League of Legends veterans most probably will not be lining up to switch over to Infinite Crisis, since it’s more or less a classic MOBA when you get past the minor changes in gameplay and the comic-book setting. At the same time, if you’re new to the genre, then you should probably give this game a look, especially if you read DC Comics on a regular basis. Infinite Crisis really does make an effort to offer players unfamiliar with the genre an alternative platform, providing tons of tips, explanations, advice, and customizable options. Another very important reason to give Infinite Crisis a chance is that the game is completely free to play. And whatever the case, they’re pretty much set for the near future at least – thanks to the huge number of characters from the DC Universe(s), you can be sure that regular updates will keep things interesting for a quite a while. (Daniel Kohlstadt; translation by Chase Faucheux) 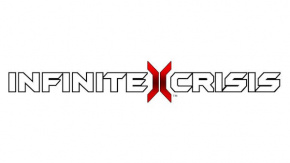