Metal Gear Solid V: Ground Zeroes is the latest installment in the Metal Gear Solid series, and serves as a prologue to the open-world title Phantom Pain, which is set to be released later this year. In Ground Zeroes, you take on the role of Snake (aka Big Boss) as he fights his way through an American black site on Cuban soil. Snake is approaching middle age, and you can see a grey hair or two on his head.

The story begins with Snake on his way to liberate one of his allies, a boy named Chico, who is has been taken prisoner by the mysterious organization known as XOF. The youth is being held in a well-guarded prison facility where his captors are attempting to get information from him about Snake’s organization Militaires Sans Frontières (MSF). But Chico isn’t the only one Snake hopes to find there. The Cipher agent Paz Ortega Andrade is being held in the same facility. Paz is Snake’s only source of information about Cipher, so he plans to break her out as well. However, this is a mission Snake will have to undertake alone, as the political fallout caused by marching into the base with a small army of MSF soldiers would be unthinkable. The cut scenes also feature the villain Skull Face, leader of XOF, who will play a major role in Phantom Pain when it comes out later this year.

Snake vs. Everybody (Gameplay)

Metal Gear Solid V: Ground Zeroes allows you to explore a huge military base that includes lots of underground chambers as well as a coastal area and a vast area with several helicopter landing sites. The whole map is brimming with enemy soldiers who are just waiting for an excuse to pump Snake full of lead. This means you’re going to have to be careful as you infiltrate the base, unless you want all of them coming after you right off the bat. And if one of them does manage to sound the alarm, you’d better get out of there quick, because if you don’t, it won’t take more than a minute or two before you’re surrounded by tons of enemies ready to shoot first and ask questions later. In order to avoid having a small army of trigger-happy soldiers on high alert, it’s best to attract as little attention as possible while exploring the base. That is, don’t come out with guns blazing when you can ambush enemies and dispatch them with melee attacks, or take them out with a silenced pistol. Using a silencer isn’t much of a long-term plan, however, since silencers get used up pretty quickly and are hard to come by in the base. If you’re careful with your shots, though, you can get pretty far with this silent-but-deadly weapon. Of course, direct confrontation isn’t always a death sentence, either. Loud shots will always cause a commotion among the enemy soldiers, and they will immediately radio for back-up, but if you manage to find cover and stay there for a little while, it doesn’t take long before the alert level drops back down to normal, and you can continue with your mission. In combat, you can also use slow-motion to lock on to your enemies and take them out quickly and easily.

Although the whole game technically takes place in the same location, on the same map, the different areas of the base actually offer lots of variety. For example, you’re able to enter some of the buildings, and you can also climb guard towers and hop into armored cars and other vehicles to explore the map. The map also offers more than enough places to find cover and hide from all the guard patrols until the alert level goes back down. In addition to that, there's a wide range of weapons, from assault rifles and pistols to grenades and shotguns. Snake also brings along a little device called the iDroid to help him navigate the map. The iDroid allows you to place markers on the map and even call for helicopters to come extract the characters you rescue. Also contained on the iDroid are a number of audio recordings, which won’t just help you complete your objectives, but also provide you with a good deal of background information. While this isn’t all that important as far as completing the mission goes, it is a nice perk for Metal Gear Solid geeks.

Despite the limited space, you have pretty much total freedom of movement within the military base. How you plan to reach each of your targets is left entirely up to you. And even when you’ve reached both of them, there are still tons of different ways you can choose to complete the mission. For example, there’s just one site nearby where you can bring the injured characters to have them extracted. Of course, there’s a simple and easy way to do this, but if you’re looking for more of a challenge, you can also take them to a more remote landing site by loading them into one of the cars standing around and driving them all the way across the base. This is a good way to prolong the relatively short storyline and add some more gameplay time. Another challenge is trying not to kill any enemies, or turning off the slow motion feature when targeting bad guys. This will get you more points at the end of the mission, and help you beat your own high score.

The game autosaves at regular intervals, such as when you enter a new area, or when you interact with one of the characters you’re supposed to be rescuing. So if you end up getting killed, it won’t set you back too far. This means you won’t have to deal with the frustration of having to play certain sequences over and over again from the beginning, like in so many other games because there aren’t enough checkpoints.

As far as difficulty goes, Metal Gear Solid V: Ground Zeroes is pretty easy to beat on Normal. Once you’ve gotten acquainted with the map a bit and memorized the various escape routes available to you, you shouldn’t have much trouble completing the main storyline. After you’ve played through the main game once on any level, you can unlock an “Extreme” difficulty that should offer much more of a challenge to die-hard gamers.  Finishing the main storyline doesn’t just unlock a new difficulty level, however; there will also be a few extra missions available in the main menu. All of them are played on the same map, but with different objectives, of course. The time of day and weather are also different in each of the extra missions, which can give the game a whole new feel.

The music in Metal Gear Solid V: Ground Zeroes doesn’t leave much room for criticism, either. While you’re sneaking through the base, discreet orchestral music does a good job of increasing the tension in the atmosphere. When an alarm goes off or a fight breaks out, the music increases in volume and kicks the dramatic tension up a notch, too, adding electronic beats to the strings to really get your pulse going. Cut scenes are dominated by piano music, and a folk song of sorts pops up in various places throughout the game, composed by celebrated film composer Ennio Morricone (The Good, the Bad and the Ugly, The Mission, Kill Bill, etc.).

All the voice-acting is done in English, with subtitles for other languages available. Snake is played by no less than Kiefer Sutherland, who fits into the role well. One place that warrants a bit of criticism is the dialogue between enemy soldiers – they get to be very repetitive, and word for word, too. The developers could have really done a better job here by adding a little more variety.

There is absolutely nothing to complain about as far as the graphics are concerned. The cut scenes are impressive and provide just the right atmosphere with high-resolution sequences featuring helicopter flights, hectic combat scenes, and dramatic explosions. The characters’ facial features show up great on the screen, and Snake looks especially realistic, right down to the individual grey hairs in his beard. Even during normal gameplay, reflections from the sun or from headlights look amazing, as do water effects like raindrops or waves breaking on beach. If you’re playing on a less-than-state-of-the-art computer, you can always turn down the quality of details like light and shadow effects for a smoother gameplay experience.

I have to say that despite the fact that it’s really short, my final verdict on Metal Gear Solid V: Ground Zeroes is really positive. Not only are the graphics something you just have to see, but the fact that there are tons of things to discover on the highly detailed map should keep you interested for a while. With different areas to explore, like the rocky coast and accessible buildings, and lots of vehicles for you to drive around in, there’s a lot to keep you occupied, even apart from the main storyline. On top of that, this is a game that should satisfy fans of both stealth games and third-person shooters, since it’s up to you how you want to go about completing your objectives. So in conclusion, I can say that Ground Zeroes is exactly what it says it is: a prologue to Phantom Pain that really makes you want to play the main game, coming later this year. (Daniel Walter; translation by Chase Faucheux)

OMG this game is awesome, please send me a key for PS4

Please give a key...

Can I have the code plz ? 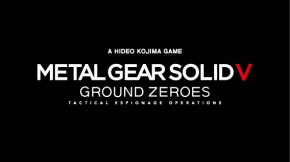