The team over at EA were really off their game this year with FIFA 15 – they made it pretty much all the way down the field unchallenged, then missed on a back pass, with rival Konami rushing in to intercept and press ahead for the goal. Is Pro Evolution Soccer 2015 going to be able to slip in and snatch the title this year, or will it come in second again? It’s a pretty interesting question; so let’s see if we can answer it.

Winning is the only thing that counts

As I already hinted at above, it’s pretty much impossible to review PES 2015 without trying to compare it to FIFA 15. It’s not all that common to have two games fighting so hard to dominate a single genre, dividing their fans into two rival camps. And when you’re dealing with professional sports, it goes without saying that only one of these games gets to enjoy full licensing, and you’d better believe it’s the one that proudly shows off that licensing in its title. The only Premier League team that’s licensed in PES 2015 is Manchester United, and the only licensed Bundesliga Teams are FC Bayern München, FC Schalke 04, and Bayer 04 Leverkusen, though the league itself isn’t even in the game. There’s a team editor, but it’s not all that easy to use, and we weren’t able to play online with the team we created, MSV Duisburg.

Apart from the licensing issue, there aren’t too many major differences. Konami has introduced a new gameplay mode, “myClub”, which lets you create your own line-up. Instead of recruiting players directly, however, you use Game Points to pay agents to find the best players. What are Game Points, you ask? This is the “currency” used in PES 2015, and you earn it by winning matches and other achievements. Unfortunately, you can also pay real money for Game Points, which in our view is a major foul for a game you have to pay full price for. Of course, getting good players doesn’t necessarily mean your team’s going to be successful, as they’ve got to have the right chemistry to play well together. If you put eleven different nations out on the field, you might get nominated for the Nobel Peace Prize, but the language barrier means you’re going to have to deal with some serious communication issues on the field. If myClub sounds familiar to you, you’re right. EA’s been including its own very popular “trading card game” under the name Ultimate Team in its FIFA games for years now. Unfortunately for PES 2015, the lack of licensing across the board really takes away from this mode’s potential to provide long-term motivation.

When your team is finally ready to take the field, this is when PES 2015 really begins to show its strengths, and gets a lot right that the last game managed to get wrong. The controls are incredibly precise – the players seem to be able to read your mind, and gracefully carry out every move you want them to make. At least this is so when you’re playing as like, Ronaldo – they do a great job of modeling the talents and abilities of the actual players, and whether that’s a good thing or a bad thing depends on who’s on your team. Messi plays a lot differently than Robben, and getting the ball as Schweinsteiger and passing to Götze will result in a totally different experience. And it's not only the controls that are this personalized, but also the players’ level of physical exertion and movement patterns, all of which contribute to the game as a whole and make it just that much more fun.

The game’s main piece of equipment also fits seamlessly into this well done simulation. The ball physics are flawless, and the connection between the ball and the players is supported by all kinds of different animations. Stopping the ball short and sending it through a hole in the defense with a quick double pass, a cross over the penalty spot followed by a killer shot right into the net – all of this and more is possible with the Fox Engine, which is considerably more fluid compared to PES 2014, whose infamous lagging issues seem to be a thing of the past. With the 2015 version, Pro Evolution Soccer is back in the game, and unlike the competition, this title is a real declaration of love to the sport.

Then again, the AI is a different story. Computer-controlled players are clever and adapt to your playing style. If you keep trying to flank them from the right, the defense will adjust accordingly, and do their best to counter your strategy and block your advances on that side. On the other hand, the AI’s offensive efforts seldom develop into any real threat, and you can spend way too long on the opposite side of the field before they make any noticeable attempt to take the ball from you. On top of that, some of the actions of the other team’s goalkeeper almost seem like a bug in the software – he’s capable of making some amazing saves when the ball is high, but clearly struggles with shots coming in low. This is an area where I hope they’ll be able to make some improvements, and also wake the AI players up from their winter slumber, because right now the computer just isn’t all that much of an opponent.

Of course, the game would be a lot more challenging if you could get online and play against human opponents. Yeah, that’s right, if – if there weren’t so many issues with the servers, that is. Games either never get started, or they crash all of a sudden after a few minutes, though you at least don’t get rated on these abortive attempts. At least that’s how things were at the end of 2014 – and although Konami’s made a lot of progress since then with server stability and availability issues, they’re still not there yet. It’s a shame, too – the online matches are a hell of a lot of fun, and rarely do you ever feel so much real emotion in a game as when you score the tie-breaking goal in extra time, then let the controller slip out of your sweat-soaked hands as your heart rate comes back down to normal.

You win some, you lose some

The graphics in Konami’s PES series have always lagged a bit behind EA’s FIFA series, but that doesn’t mean they ever actually looked bad. And the same can be said of PES 2015, at least for the PS4 version. The Xbox One version, however, has a couple of strikes against it in the graphics department – one of the more noticeable issues are the crude-looking fans in the stadium, pixelated figures that just don’t look like they belong in a current-gen console game, much less a next-gen one. I’m pretty sure I’ve seen better on the PS2. For some inexplicable reason, the PC version is on a completely different level – the engine itself is actually a hybrid of the current Fox Engine and the version from last year.

If you’re lucky enough to play one of the better-looking versions, which in this case would be on the PS4 or at least the Xbox One, you’ll be happy to see that all the real-life players are all instantly recognizable, not just in their faces but in the way they’re built and they way they move, too. The stadiums also look really nice, and the longer you play, the more remarkably realistic the grass seems to look.

Things rarely ever get quiet in a soccer stadium, and someone must have passed this information on to the developers, because there’s a lot more noise in PES 2015 than there was in the previous installment. The virtual fans in the crowd go crazy for their team, and cheer your strikers on, almost all the way into the goal. Every now and then it's a bit too much, but things really get hot in the kind of situations you’d expect them to – goals, near-misses, fouls, etc. Less impressive is the commentary by Jim Beglin and Jon Champion (in the English version). It’s just too repetitive, and doesn’t always make sense in context, and a lot of the scripted lines are just bad or obvious – it’s enough to make you want to turn off the commentary altogether.

Come on, Konami – EA really dropped the ball this year, and this was your big chance to put out a better game. Instead we get a copy of FIFA’s real-money trading card game rebranded as myClub, except without the licensing to keep people interested in playing. And it’s really only at the top of its game on a single platform – if you buy the PC version, you lose? There’s no reason for it to be that way. PES 2015 is the best PES in a long time, there’s no doubt about that, but it could have raised the bar a lot higher, too. For what it’s worth though, it does beat FIFA 2015, and if you’re just looking for a good, solid soccer game without all the bells and whistles, you should definitely check out Pro Evolution Soccer 2015. But if you’re into more than just what happens on the field itself, then you’ll probably be annoyed with how Konami blew their chance to score big here. (Martin Kretschmer; translation by Chase Faucheux)

can i get one key plz

hello please give me a ps3 key send:

hello please give me a Steam key pc send

Hello, please give me a Steam key PC, send : raphinha_0000_hotmail.com

Hello, please give me a Steam key PC, send 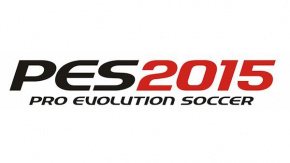