Betrayal, treachery, and other surprises

Assassin’s Creed Rouge takes place in the 18th century, where you take on the role of Shay Patrick Cormac, whom the Brotherhood tasked with tracking down a Templar cell believed to be in possession of an artifact which would allow them to discover the locations of several Pieces of Eden. Cormac’s journey takes him across the Atlantic to the New World, where he comes closer and closer to completing his objectives. However, while he’s attempting to track down the artifact, Cormac begins to question the methods and motives of the Assassins. After he purloins the Piece of Eden in Lisbon, the city is rocked by a massive earthquake. Afterwards, he is appalled to discover that the Assassins are nevertheless unwilling to call off the search for the Pieces of Eden. Cormac then decides to steal a manuscript that the Assassins need to find the Pieces, and flees, but the Assassins hunt him down, determined not to let such a betrayal go unpunished. They shoot him in the back and leave him for dead.

However, Cormac is rescued by a passing ship that takes him to New York, where he recovers from his wounds and makes a name for himself driving the city’s criminal gangs out of town. He ends up meeting George Monro, a Templar, who takes Cormac under his wing. Cormac assists the British in the Seven Years’ War (better known as the French and Indian War in North America) as they vie with France for hegemony in the New World. Soon, however, he joins the Templar Order and takes on the more important task of stopping the Assassins from getting their hands on the Pieces of Eden. After Cormac’s efforts nearly destroy the Assassin Brotherhood, and Cormac himself is tasked with locating another artifact. His new mission eventually takes him to the palace of Versailles in France, where he finds that the artifact is under the care of a certain Charles Dorian. Cormac kills Dorian and takes the artifact for the Templars, setting in motion the events of Assassin’s Creed Unity, as Charles Dorian is none other than the father of Arno, the main character in Unity. This allows for a seamless transition between the two games.

The plot itself is pretty interesting, and it unfolds in the form of cut scenes and the game’s main missions. The most exciting thing is the twist, where Cormac turns against the Assassins, his erstwhile brothers. You’ll also run into some familiar characters from Assassin’s Creed III, such as Haytham Kenway and Benjamin Franklin. The storytelling is excellent overall, and dovetails nicely with other games in the franchise, though they could have done a lot more with it, as the main storyline missions take a mere ten hours to complete.

The gameplay in Assassin’s Creed Rogue is more or less the same as in other Assassin’s Creed games – running around, sneaking through the shadows, and climbing things. There are some spots, however, where you can’t climb, even though the texture seems to suggest it, and that can get a bit frustrating, especially when you’re being pursued and you can’t climb up the side of a house and escape. Of course, it’s still a lot of fun to jump from rooftop to rooftop or scale a church tower, like in other games in the series.

You spend most of the first few hours on your ship, from time to time completing missions on a small island where you have to clean out a storeroom or meet up with someone who can assist you. So if you don’t like ship-based gameplay, you’re just going to have to tough it out for the first few hours, that is, until you make it to the only real city in the game – New York – where you can settle in and go exploring. Another new feature are the “Stalkers”, killers hidden throughout New York who belong to the city’s criminal gangs. When one of them is nearby, the game music changes and you hear loud whispering. Then you have to use Eagle Vision find the Stalker before he finds you, as Stalkers prefer to attack from hiding and can do some serious damage. It’s a nice feature, and can be really fun too, but it can also be annoying sometimes when you just want to explore the city a bit and every twenty feet or so you have to play cat and mouse with a guy trying to kill you. And it’s especially irritating when this happens when you’re trying to complete a mission – yes, Stalkers will come at you then, too. As soon as they find you and attack, you can forget about trying to stay undetected, because by then everyone else in the area will have seen you duking it out with a Stalker.

You’re not really going to find any surprises in Assassin’s Creed Rogue as far as gameplay is concerned, which is kind of a shame, since this is the first game where you get to play as a Templar, which is something Ubisoft could have really done a lot more with. But nothing changes whatsoever when you join the Templars, and you don’t even get any special Templar weapons or anything. If it weren’t for the game’s plot, you wouldn’t even notice that you aren’t an Assassin anymore. It’s not like this ruins the game or anything – it’s still a lot of fun – but they definitely could have done more.

There aren’t any significant changes to the user interface and controls in this game, either – everything follows the typical Assassin’s Creed pattern. It does seem like they simplified the combat system a little, so it’s easier to master. The sailing aspect of the gameplay runs a bit more smoothly, too. Nevertheless, Rogue is beset by many of the same issues that plagued its predecessors. You’ll still jump in the wrong direction sometimes when you’re trying to climb, and sometimes assassinations go wrong because the wrong person suddenly gets targeted at the last moment. Of course, these occasional annoyances are easy to ignore, since these kinds of things can happen in a game with such a huge open world with countless opportunities to go places running, climbing, or sailing.

The game’s graphics are definitely worth looking at, and they show the full potential of what the Xbox 360 is capable of doing. Not only the water effects, but the dynamic weather conditions and the day-night cycle are also really impressive. It’s incredibly cool to see a whale suddenly leap out of the water, or even just enjoy how far the graphics allow you to see. Explosions and other effects are also really well done. One of the only downsides is that object models, like trees, can get a bit too repetitive. Of course, you wouldn’t expect everything thin in the game to have its own unique design, but it feels like they only used one fallen tree model in this game, sometimes covering in snow, sometimes in leaves, but it’s always obviously the same tree. This happens with other models too, and is unfortunately it’s always very conspicuous.

The sound design in Assassin’s Creed Rogue is really well done. The voice acting is good, whether in English or in any of the other languages the game has been localized in. Environmental sound effects are extremely realistic and impressive, whether it’s the rustling of the leaves in the forest or the creaking of your ship on rough seas. Your ship’s crew also know several shanties, which can get stuck in your head really easily.

All in all, Assassin’s Creed Rogue is a well-made game that offers hours of enjoyment. Like other games in the Assassin’s Creed series, there are tons of side missions which themselves can take hours to complete and which add variety to the gameplay. However, there aren’t really any major new features, and you can easily think you’re playing an expansion to Assassin’s Creed IV: Black Flag, if it weren’t for the new storyline, which is in any event really good, even if I do wish there were more of it. The only real drawback is that they didn’t do more with the fact that you get to play as a Templar for the first time. Fans of the series are going to like this game anyway though – it’s a solid Assassin’s Creed title that’s well worth checking out. (Saskia Meijer) 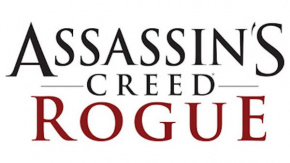