The vampire business is not always a very rewarding one. Back in the days of Bram Stoker, the author who first put the legend of Dracula on paper in the form of a novel, it wasn’t hard at all to shock and horrify one’s audience. Over time, however, the genre has been bled dry, depriving our hemoglobin-addicted neighbors of their ability to terrify us. This makes it all the more remarkable that, for many years now, Castlevania has had a consistent (and consistently loyal) fan base it could call its own. With Castlevania: Lords of Shadow, Konami ventured out into the wide world of PC games, where they soon exceeded expectations. This review is going to take a look at whether they’ve been able to follow up on this success with the sequel, or whether it was all just a fleeting moment of glory.

Castlevania: Lords of Shadow revolved around the story of Gabriel Belmont and his beloved wife Marie. Though it was told in a somewhat cheesy and dramatic fashion, the story did make the title an experience to remember. The surprising ending in particular could leave the player excited about how the story might be picked up in part 2. Given that the hero was already so dark and melancholy in the first game, his resurrection as Vlad ?epe?, a.k.a. Dracula, in the current title doesn’t really come as a surprise. Right in the prologue, which is in the form of a tutorial, the player meets a Dracula in full possession of his tremendous power plowing through the ranks of his enemies without the slightest pangs of conscience.

Things get really confused after that, though. In the introduction, which comes after the prologue, the developers attempt to tell the player more of the story of Gabriel Belmont/Dracula and let them in on the events leading up to the current point in the game. Unfortunately, this works nowhere near as well as it could have. While it does go into detail about Gabriel’s various offspring, the player completely misses out on key issues, like how Gabriel could turn into not just a vampire, but the prince of vampires.  It doesn’t take long to lose track of everything, and what could have been a good, compelling story ends up running aground somewhat. By the time Dracula awakens in the present aged and weakened, the player has long since tuned out and just accepts this fact.

This is kind of a let-down. Where the story in Castlevania: Lords of Shadow only added to the captivating gameplay, players will plod through this one in order to get to the fun parts. The fact that the mighty and indomitable Dracula, who really has no reason at all to pursue any interests other than his own, is only doing this to free himself of the yoke of immortality (promised to him by Zobek, Dark Lord of the Dead, in part 1), will stay in the back of the player’s mind only. Still, the developers do manage to avoid a stoic black-and-white dichotomy. Even in a medium that likes to employ overdone clichés like “the good priest” and “the evil vampire”, the player will catch himself feeling sorry for the anti-hero Dracula, sympathizing with him, and totally understanding why he acts with insatiable rage against everything that stands in his way.

Despite giving away their opportunity to score points with the storyline, under no circumstances can the developer be accused of a lack of imagination. The main character jumps back and forth between scenes, both in the present and in the past, and the individual levels keep the enemies coming, but they’re always new and challenging. At one point, for example, Dracula helps some harpies cash in early on their life insurance policies, and another time he transforms a giant warrior into a scrap heap. The boss battles in particular are not lacking in the bold and challenging characters the first game was known for.

At the same time, the game doesn’t skimp on the acrobatics and tricky maneuvers so typical of the Castlevania series. Again and again we find our anti-hero clambering up moving chains, crumbling pillars, or floors falling away under his feet. The only thing that comes off as contrived is the stealth sequences. Dracula can enter “shadow portals” to transform into a rat, allowing him to sneak past guards, scamper through ventilation shafts, or bite through wires. This makes some sense at the beginning of the game, since at first the anti-hero has to struggle to get his former power back, but later in the game they’re a bit out of place. One moment Dracula is sneaking past a guard where if he’s discovered he immediately dies, the next moment he’s in his human form he’s pounding the same guard into demon heaven.

It should be explicitly noted that the developers took to heart the criticism they received on Castlevania: Lords of Shadow. In Castlevania: Lords of Shadow 2, the player now controls a movable camera. Only now and then does the game bother him with a forced perspective – otherwise, he can look around the world as he pleases. The map system typical of console games that led to choppy transitions between scenes has been replaced by an open world. Within one chapter, individual play areas flow together seamlessly, interrupted by nothing more than short animation sequences that move the story forward. Unfortunately, the save system is the same as it was in part 1, where progress would be automatically saved at predetermined points in the game. For the sake of fairness, though, it should be mentioned that these save points are generously distributed throughout the game, so that if the character dies or if the player makes a mistake, he doesn’t have to repeat the same segments of the game too often or go back too far.

Like its predecessor, the current game offers a striking graphical experience. Once again, the game creates the impression that one is dealing with computerized paintings. At the same time, the developers saw to it that there was a sharp distinction between the scenes in the past and those in the present. While the scenes that take place in Dracula’s castle have an almost soft, warm, and cheerful look, the scenes in the present come across as sharp, cold, and sober. Every now and then the levels, especially the ones in the present, appear to be empty. Though Castlevania 2: Lords of Shadow does have the intricate textures and imaginative designs familiar from the first game, one still gets the feeling that less time and effort was put into the kind of design that makes a level seem lived-in.

Just as outstanding as the graphics are the game’s animations. Whether it’s a simple finishing move or a cut-scene to introduce an enemy or move the story along, the extremely high quality of the animation sequences can be very compelling.

The game’s sound is just every bit as compelling as its graphics. The musical pieces in Castlevania: Lords of Shadow 2 provide the right background to underscore the generally dark and melancholy feel of the game. The game does incorporate loops into its soundtrack, but they are so well-edited and produced in such a skillful manner that you’re not likely to even notice that some pieces are being repeated.

The voice recordings in the game are as striking as the music. Among others, Patrick Stewart is back, reprising his role as Zobek. Once again, players are treated to the phenomenon of Sir Patrick’s deep baritone booming from their speakers and sending delightful shivers down their spines.

Give someone a key, please

i really want that game :( 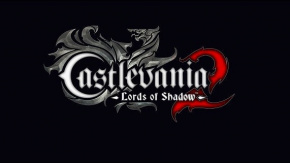