The current Formula 1 season has already ended, and Sebastian Vettel is celebrating his fourth world championship in a row. In addition, the highest class of motorsports is currently being represented by the new racing movie "Rush" with Nikki Lauda and James Hunt right now in theaters. It’s only fitting that Codemasters’ newest racing game "F1 2013" breaks out the wind tunnel and some new features to spice things up. New stuff like the Classic mode rolls out the excitement with the best racing cars of the 80’s and 90’s, allowing players to pilot the sweetest rides from the past. Here at DLH.Net we put the pedal to the metal, and are sending you our reports live from the circuit.

Life in the fast lane

At the heart of "F1 2013", is the game engine and of course, the career mode. Unfortunately, players can complete only five seasons before the career mode is over. So if you want to catch up to Sebastian Vettel and win four world titles, it’s doable, but you’ll have to go full throttle. Formula 1 legends like Juan-Manuel Fangio (five world titles) and Michael Schumacher (seven world titles) are out of your reach however, due to the five season limit. The same restriction exists in the 2010, 2011 and 2012 versions, and it’s a real shame that Codemasters didn’t step it up here and secure the necessary licenses.

Starting a career in "F1 2013", is done through the Young Driver’s Contest. Doing well here will pay dividends later, and The Young Driver’s Contest is also an interactive tutorial that explains the necessary basics such as cornering, braking and the electronic driver aids. Of course, there are also achievements for your Steam account for particularly good performances. After the contest, choose a race team and drive right into the action.

Here you can check your in-game emails from your team leader, which will give you details about your next race, objectives, and fictional news of your Formula 1 career. Highlights and news about your career are all there for your perusal, including your victories and losses. In the control center you can look over current standings, upcoming races and you can also review your contracts. When the end of the contract is closing in, you must negotiate with new teams or try for a contract extension. Special rivalries between other racers can sadly not be built up, which would have added some competitive fuel to the fire, but the game does highlight your own teammates and the worst competitor in the World Cup at the starting line.

Before you drive onto the track you must prepare your car correctly, otherwise you can’t expect top times. The setup in "F1 2013" is pretty rudimentary, and you can see here that this is definitely not a true simulation. Experienced wrenchers still have some variables available, and standard settings like spoiler aerodynamics, vehicle height, gear, directional stability, etc. can be customized. If you like tinkering and want to adjust every detail, you will certainly be disappointed. If you’re a rookie who’s never prepared a car for the race track, you can find help from the race engineer with a simple slider that allows you to adjust from dry to wet, which makes life a lot easier.

Finally, select your tires and off you go. Whether you’ll drive a full weekend with practice sessions, qualifying, and the actual race is up to you, and this can be changed from race to race. It's the same way with the difficulty. The AI ​​can be gradually adjusted, from those who want their opponents to have training wheels, to the speed demon who wants to race only the best of the best. You can also adjust the race length, and how realistic the car damage and wear is, which will directly affect race strategy.

The weather is gorgeously simulated, and even short race distances are affected. For example, if you set your race distance to 10%, it is treated like a full race, so tire wear and weather conditions will be calculated and implemented. This feature worked wonderfully on our tests, and served to make even short races more exciting. The differences between Grand Prix mode and formula 1 career are only the related races with the E-Mail traffic and the world championship standings.

There is no real story in "F1 2013", but in Challenge mode, the player may take on different challenges and racing situations to receive medals and Steam Achievements.

Legends on the steering wheel

Now we come to the greatest innovation, the Classics mode. Here, race cars from the 80's can be driven, which offers up some good variety. In the standard edition of "F1 2013", players have the 2013 racing calendar in addition to two historic routes, Brands Hatch and Jerez . If that isn’t enough, there are also two separate DLCs on sale.  Again, there is also a version of "F1 2013", where all DLCs are included , but of course it costs a bit more. In the DLC only Estoril and Imola are included, and the 8.99 € is a bit steep. In the race car section of the DLC there are several Ferraris and Williams to commandeer, but we wondered why we didn’t also get cars like Aryton Senna’s McLaren or Michael Schumacher's Benetton. Maybe in the next DLC we’ll get a chance to race them.

Aside from that, the Classics mode is very well done. The sounds of the old engines revving up are crisp awesome, and the driving behavior of the cars is different enough to make it a worthwhile purchase.

Opponents from around the world

A good multiplayer mode is a must have nowadays. "F1 2013 " provides many different options, from split screen run on PC to going online to battle it out on the world’s best tracks. There is also an online co-op mode. Here you can win victories and bring home the glory as a team.

Growling engines and the smell of petrol in the air are staples of the track, and although there are no smells through the TV, the sounds and sights are amazing. The graphics are superb and look very realistic. There are some minor flaws here and there, and sometimes the textures show some ugly pixels, especially in the pits, but luckily you’ll all but forget these minor flaws as you flash through the narrow canyons in Monaco during a wet race, watching the spray of water hit the windshield as the car’s taillights in front of you gleam wetly as they whip around the corner. This game is awesome, but be careful of which version you buy, as there are different editions out there. For example, if you buy the standard version, only the cars of the eighties are in the garage and on the route sector there are only Jerez race courses in addition to brands hatch. Yet the 1990s cars as well as the slopes at Imola and Estoril are unlocked in the Classic Edition. Regardless, you can’t get much closer to a race unless you buy a ticket and go out to the track yourself.

where is the key? 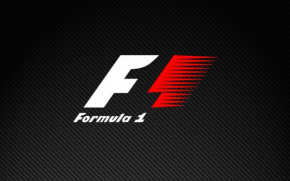