Since 2003 the Call of Duty series has been entertaining players around the world. Beginning with the "Second World War" the series has sent us into multiple conflicts in different periods of warfare. From fictionalized conflicts in our own time to running through the dark jungles of Vietnam, the call of duty franchise has brought us to the front lines of wars around the world. The newest installment "Call of Duty: Ghosts" takes players into the future instead of the past for the first time, dropping players into a dark futuristic setting where the USA is losing a war against the so called federation, a union of south American states that has decided to put an end to the hegemonies of the US. In a last ditch effort, the once powerful US sends in two highly skilled brothers in an attempt to turn the tides.

Does anyone remember the 80’s action flick Commando? Compared to Call of Duty: Ghosts, Schwarzenegger might as well of been starring in a Shakespearian tragedy. After being introduced to the new futuristic setting, you meet your war-hero father for a few words of doom and gloom, then are whisked into a tunnel run on a shooting farm. You quickly realize that your character is truly his father’s son, and the intro rapidly devolves into semi-mindless shooting, which of course, the hero is amazing at. Despite the cheesy premise (or perhaps because of it), the game absolutely has that “Call of Duty feeling”. Love it or hate it, Call of Duty is back.

Staying true to the series, there are no really compelling story elements. There is yelling and shooting, characters come and go, and the plot meanders towards the inevitable set-piece conclusion. The story itself revolves around hunting down an old comrade of your fathers’ who has turned to the dark side. Other than that, the plot takes a far backseat to the near constant gunfire. There is a reason to go into space and defend a satellite, and surely there is a reason we are diving beneath a super battle ship to take it down, but the reasons are mostly obstacles to the next set piece. The premise makes for a good setting, but a pretty dull story, and as usual, your only real problem is where to find your next magazine. Long-time Call of Duty fans will expect no less.

Shoot, shoot, shoot, reload, throw grenade, shoot, reload, repeat. There isn’t a whole lot else to say about the game play. The claustrophobic tunnel levels are good at pumping up your adrenaline, but extremely limited in tactics and ingenuity. Your teammate yelling in your ear and gunfire ringing through the tunnels will keep your heart rate up, but the “friendly” AI quickly becomes irritating. On top of that, the game often tries to manufacture thrills that feel inauthentic. For example, in one situation you are supposed to toss a grenade into an enemy truck before they take you down with a rocket launcher. Your comrades are screaming in your ear, and it seems like a very high pressure situation, until you don’t do anything. Everyone keeps screaming how dire the situation is and how you have to act, and act now! In reality, you can simply sit, or maybe use the toilet while your allies take out the enemies they insist only you can save them from. Or, you can calmly shoot each one, then approach the guy with the rocket launcher and execute him. Obviously the game is trying to ratchet up the tension, but a lot of screaming doesn’t necessarily equal thrills.

A new “feature” of sorts in Ghosts is your constant companion Riley. Man’s best friend really comes through for you here, and the animal seems oddly super powered for the most part. He has bullet proof fur for some reason, and is inexplicably immune to poison gas. A few sections have you steering Riley behind enemy lines, killing your enemies and completing small tasks. A few times the game makes Riley the center of the action, which is hit and miss, although these sequences break up the monotony of the constant shooting. Overall, the use of Riley seems a bit over the top, and feels a little tacked on.

The AI of your team acts on its own with the exception of Riley. This makes sense in the context of the “story” but it can be pretty irritating when your partners are supposed to be flanking the enemy and instead are screaming insults and blasting a stone pillar while you take on an entire enemy company by yourself. Obviously this is CoD, not Rainbow Six, but a bit better AI would have been appreciated, and you’ll wish you could control them more at times.

Call of Duty wants to be a hard-core shooter, which is fine, but we wish it wasn’t so hard-core with its hardware requirements. Without 6GB Ram and a DirectX 11 supported graphic card the game won't even start. Once it does, it’s a bit disappointing. It doesn't look bad, especially if you have the hardware, but overall it looks a little rough around the edges. Rough textures, and outdated looking NPC’s are the most obvious graphical problems you will see. On the other hand, the game balances light and darkness perfectly, and the scenery makes great use of this interplay. If you don't have the latest hardware at home, you may want to think about upgrading to get the full experience.

The sound is fine, not extraordinary but not bad. The scripted events are punctuated by great sounds; choppers thrum overhead, grenades explode with satisfying “whumps”, reloading and firing sounds are crisp and convincing. The sound definitely goes a long way towards the overall immersion, and makes you feel like you are truly in the heat of battle.

Tim:
I’m not sure how to feel about the single player campaign of Ghosts. On the one hand, the story isn't that bad, and the ending is pretty satisfying. On the other hand, it never really grabbed me completely. It might be because the enemies are not diverse enough, and are simply explained away as the evil federation. I didn’t feel like there was any real need to hunt down and murder these guys, they were more like faceless cannon fodder for me to mow down. There are great moments in the game like the strobe scene, despite it feeling like it was ripped straight from "Kick Ass" where I was hearing Big Daddies voice all the time in my head, but these scenes were few and far between. Plus I really started to hate that dog. The old-looking graphics really disappointed me, especially when you put the game next to other newer shooters like BF4. Ghosts gave me what I was expecting, and entertained me for a few hours, but it’s definitely the weakest game in the series so far.

Jörn Karl Fahrbach
As an old school Call of Duty player, I really was looking forward to a fresh setting and new story line to breathe life into the series. I really liked the characters in Modern Warfare, and once the story around MacTavish, Soap and their unit was told, I was left wanting more. Sadly the characters in Ghosts don't match their ancestors. Most of the time the story was just filler to get from one battle to the next, and I rarely if ever felt that “just one more hour, I have to know what happens” feeling. Those mornings where you stumble into work exhausted because you just had to sneak through the destroyed city of Chernobyl the night before instead of going to bed are missing in Ghosts completely. Overall the game has a lot of bang, but the entire affair feels a bit soulless. The rough- looking graphics and the expensive hardware needed to play the game are a big minus on my list.

pls send me the steam key

pls send me the steam key

LOL this is so fake

plz send me a key

wait nvm
i dont wanne have 1

plz send me a key

Please send me a key

Please Send me a Key

Please send me the key

Please, send me a key

Send Me the Key

pls send me the key

Give someone a key, please

Pls can i have this game I want this but in are Country its Very Expensive :( Key pls PLSSS

could i get the product key please Email:

please for the key

Would you kindly send a key to ?

Will you send me a Key i want to test the game.I will be very graceful.

Send me a Key Please

Please, send me a key, thank you.

Please, send me a key, thank you.

Pleaaaz, send a key!
That will be kind for logging and use this w/site

Hello. There are other parts of this game and this is not picked up because of the criticism.
Please give the key for your reference.
Thank you.

this game is not bad

Please send me a key

Played on an Xbox One and was pretty satisfied. Thought it looked very good and played relatively smooth. I am mostly single player orientated in these games so can't say much about multiplayer but will give it a go. Have a very good gaming rig but went with the One in this case. Would like to see the difference but not buying another version for the experience. Nothing different in this game from past COD but that was ok in my opinion. Had fun while it lasted. 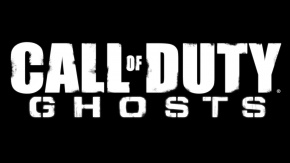