Holiday season is closing in and with it comes the yearly craziness of new releases. Battlefield 4 is out to light up one or two Christmas tress of its own. This review delves into what you should expect from the single player experience.

The mute, the deaf and the…

Sounds like the beginning of a bad joke? Right! Well, it describes the characters of the single player campaign in Battlefield 4. The player takes the role of the faceless (and voice-less) Sgt. Recker. He follows a crude story line about the Chinese, EMP attacks and, of course, a global threat. What a shocker!

Recker is the only one who can save the world from being burned down in the fires of a new World War. The picture of a story line that is drawn before you here is -sadly- close to the definition of soulless. The team members talk right in front of the player’s face as if you aren’t there, but they play their part in a game that rushes you from shoot-fest to shoot-fest. On the field of honour BF4 shines like a firework in the night sky. Everything looks simply great. Continually driven forward by your team, you run down narrow streets in Shanghai, battle your way through a sinking carrier and take cover in the cross fire on a construction site somewhere in China. The finger on the trigger is your best friend and the constant action nearly makes you forget the poor story-telling of the game. Driving a tank, aircraft or helicopter are all features of the well known multiplayer that find their way into the single player as well, and are great fun regardless of what happens.

Did we lose a limb to Frostbite?

On the contrary! The Frostbite graphic engine pumps up the muscles of Battlefield 4 and flexes its biceps. When BF4 hits the catwalk it strikes an unforgettably beautiful pose. Be it rain on the streets, lighting, fire and explosions (which are nearly everywhere in this war plagued game), it simply looks great. Reflections of the fire in the dark smoke, not to mention the rising sun behind the skyscrapers that blinds you, are a genuine threat to your virtual life, and moment like these add another level of pleasure.

How does it sound?

Have you ever listened to a demolitions team blasting down a huge building? No? Then tune in to BF4. Just like the graphics, the sound engine throws you directly into the heart of the battle. There are grenades, gunfire and explosions practically everywhere you turn. And if you ever hear a chopper again while walking down the street with your girl, don't be surprised if your instinct is to look for cover!

Battlefield 4, like Call of Duty: Ghosts, is no big theatre. It's action and it’s fun. It doesn't want to be more. The story is boring and the characters are as well. At no time do you truly feel with them or want to know more about them. You run from war torn field to bullet ripping battlefield, blasting your way through endless hordes of enemies, who are of course evil to the core. So, nothing has really changed. If you want to play a little relaxing round of Battlefield away from the huge ranked multiplayer maps, you’ll find good entertainment here. If you’re looking for a good told story driven game then you’d better look elsewhere. Graphics and sound are the key features of the single player campaign, and this helps deliver Battlefield 4 a hard earned 83% rating from my side.

Battlefield 4 again just looks stunning. The engine sets the benchmark for all others to compare with. As well as the impressive sound, it makes other games simply look old. Sadly, the same can’t be said of the story line in the game. It is boring and has way too much “shooting range” atmosphere to crap you by the balls. But what is the story in a Battlefield? The story is more of a “bonus”, sitting alongside a great multiplayer game. Nothing more, nothing less. If you buy BF4 just because of the single player campaign, you’ll get solid entertainment in great looking environments. In reality, the true entertainment of this game sits steadfastly in its role as an excellent multiplayer shooter. At this point in time it is simply the best shooter on the market for online soldiers. Read more about this in our MP review here on DLH.Net. Anyways I'll give the campaign a solid 83%.

may i get a key pls

I want one key

can i get key

Can i have a key

please send me the key

plz give me a key

plz give me key

please, send me a key PLEASE

Please :) send me the key

please, send me a key PLEASE

hi please send me a key

hi please send me a key my email is

Hi please give me the key to please

Hello please send me the Key to the game, I want to make a gift to his ailing brother, my Inbox

how to test it?

how to test it?

This game would be fantastic if it weren't for all of the crashing. 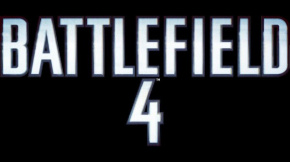