The strategy role-playing game from THQ will be released on 20.01.2022 for PC, I was allowed to preview the full version and would now like to tell you something about the game. If you want to see the game for yourself, you can do so with the free demo on Steam.

We slip into either a female or male role as Legatus, our father has been assassinated by an unknown political opponent, which is why we are now on the run and must leave Rome. We are immersed in a military campaign that has the mission to prevent a Greek revolt. Our story is presented here in many dialogs, they are full spoken, with individual decision-making options. We can also decide on the course of actions and events, although this usually only becomes apparent later in the game. Our decisions include, for example, whether to let someone live or execute him. 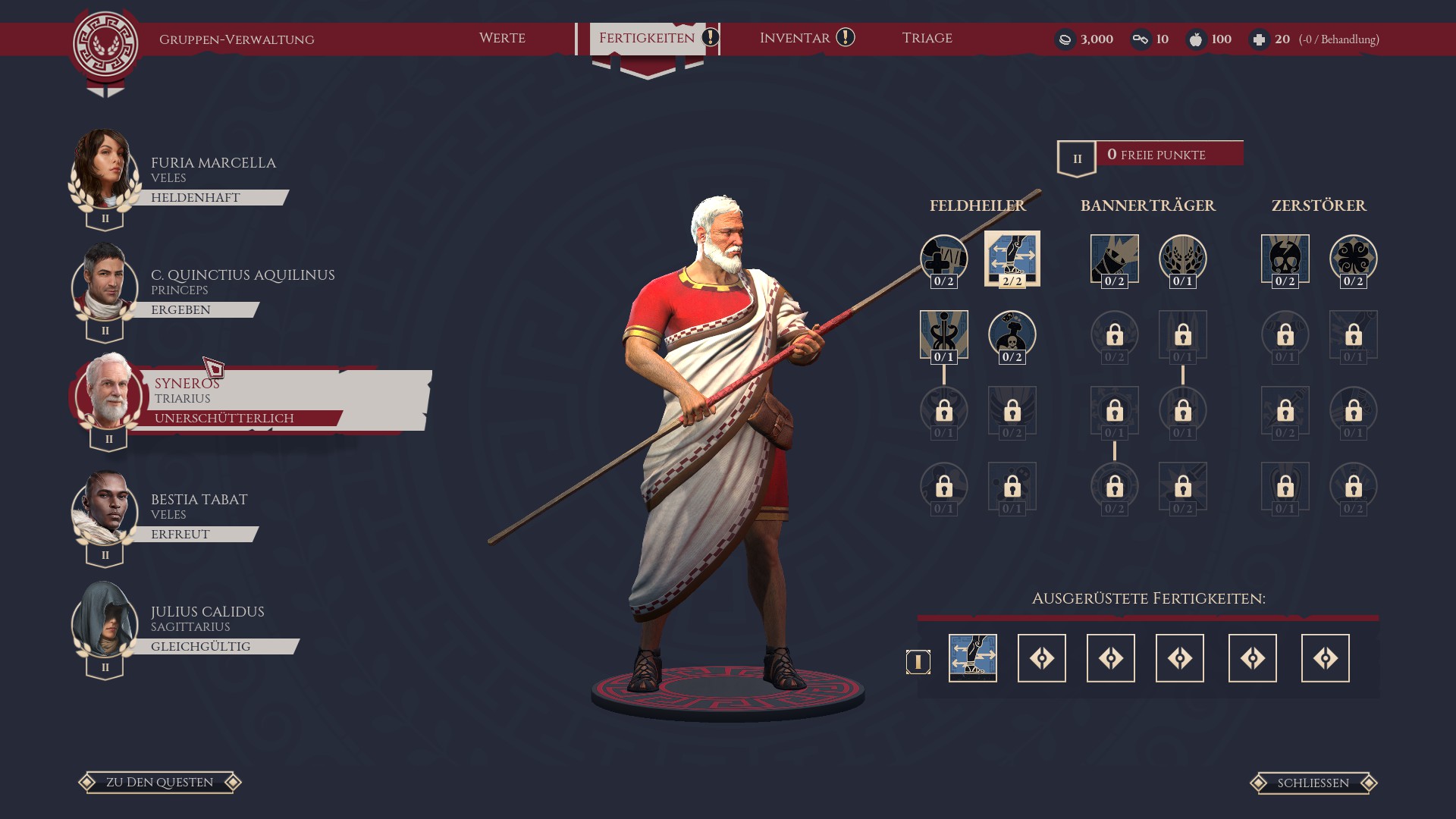 Expeditions: Rome is divided into several sections and map areas. In the field camp, for example, we get new quests and can improve or renew our equipment, while on the world map we decide to which place we want to travel. From here we can get to the camp as well as to the quest destination and can also trigger random events. It is important to have enough provisions for the journey. Unfortunately, the world map can't be zoomed, which makes it a bit confusing and very small. 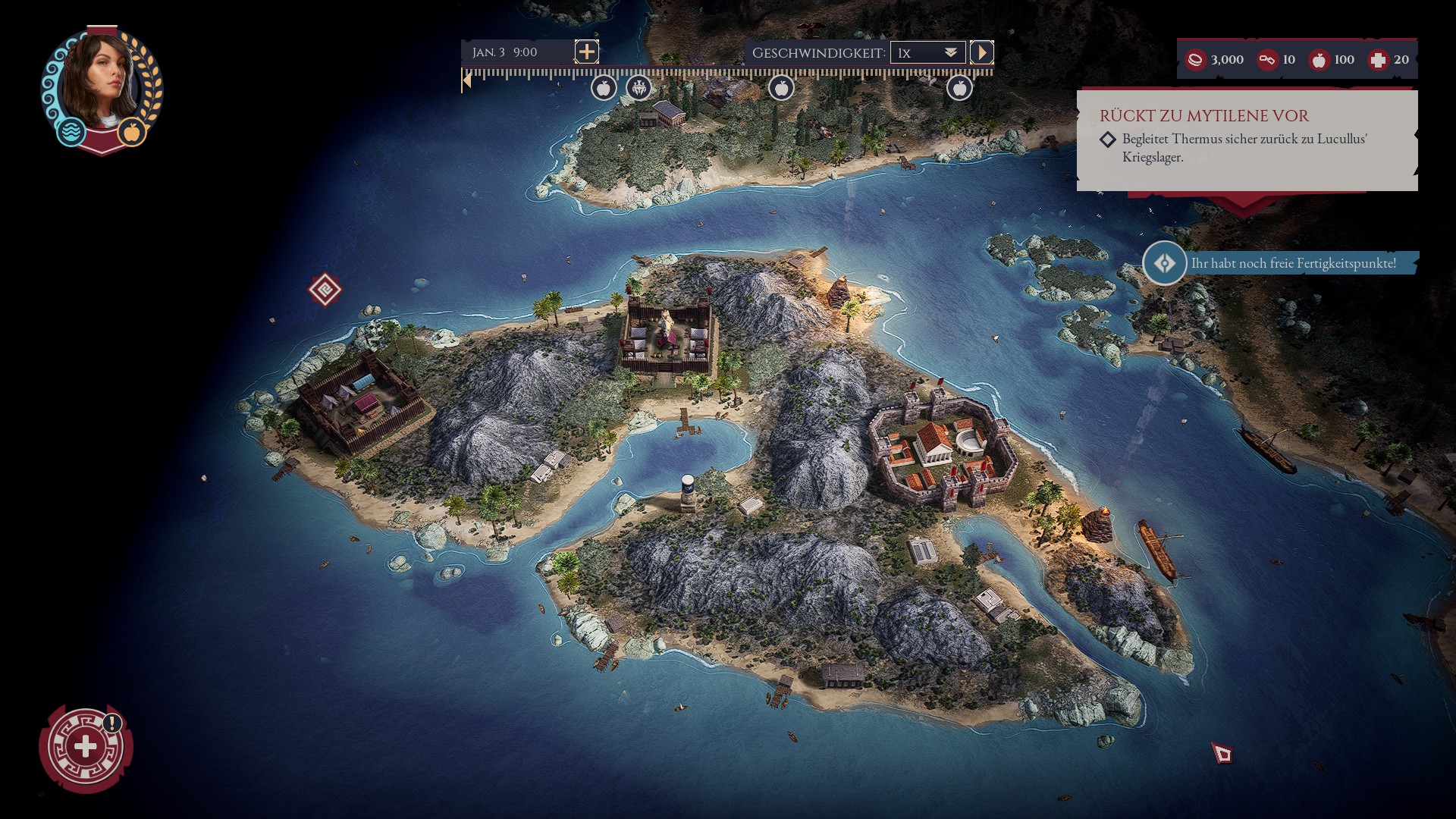 The class system in Expeditions: Rome is very opulent, with four main classes and three subclasses for specialization. For example, we can create a melee fighter with a shield or two weapons. As a supporting character class we have the healer and morale booster, and as a ranged fighter the archer. In turn-based battles, you'll have to eliminate your opponents in Expeditions: Rome. Your squad (consisting of four members) as well as yourself have different abilities that need to be combined. The movement range is displayed in green, orange and red. If you move in the green area, you may perform your attacks normally, without any restrictions, that is, here you can use items such as bandages, the pillum or incendiary bombs without losing action points, but are limited to their amount. In the orange area, your attacks are limited and only a few actions can be performed, while in the red area, no action is possible anymore, as all action points have been used up here. From time to time we also have to lead our own legion, for this we can hire commanders in the Centurion camp, who have different characteristics, such as loyalty, usefulness and satisfaction.  A dissatisfied commander has an increased urge to start a mutiny or flee during the battle. Unfortunately, the larger battles are unspectacular and seem repetitive, so you often want to skip them. A good staging of the individual soldiers would have been very desirable. 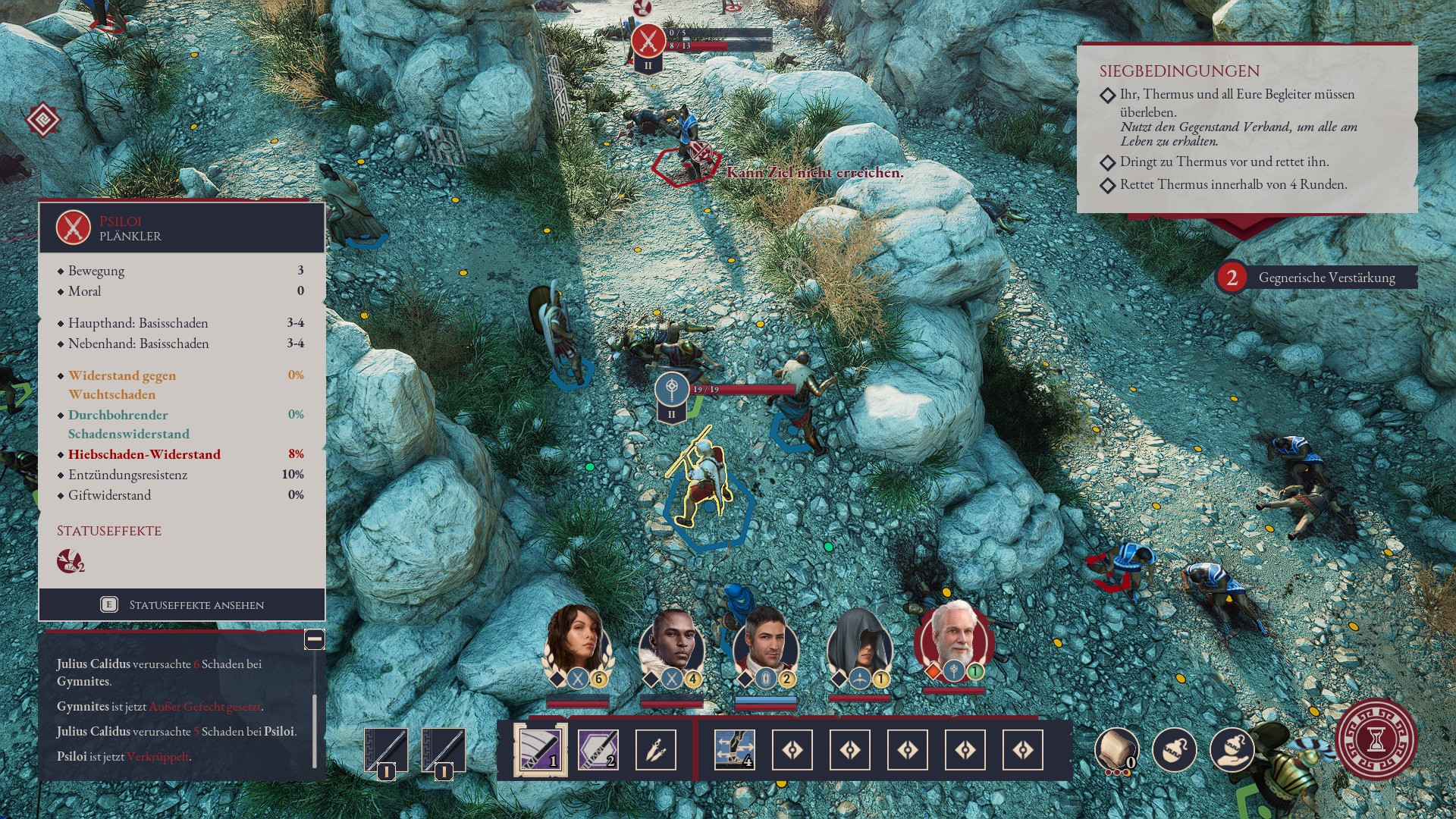 Graphically I like the game very much, the camps, maps and areas are detailed and varied, especially at night the lighting effects of campfires and lamps look very good and make the area look ancient. It is a pity, however, that the character creation has been cut back, but the avatars, armor and weapons are very well done. I also liked the German and English dubbing as well as the soundtrack in the game. 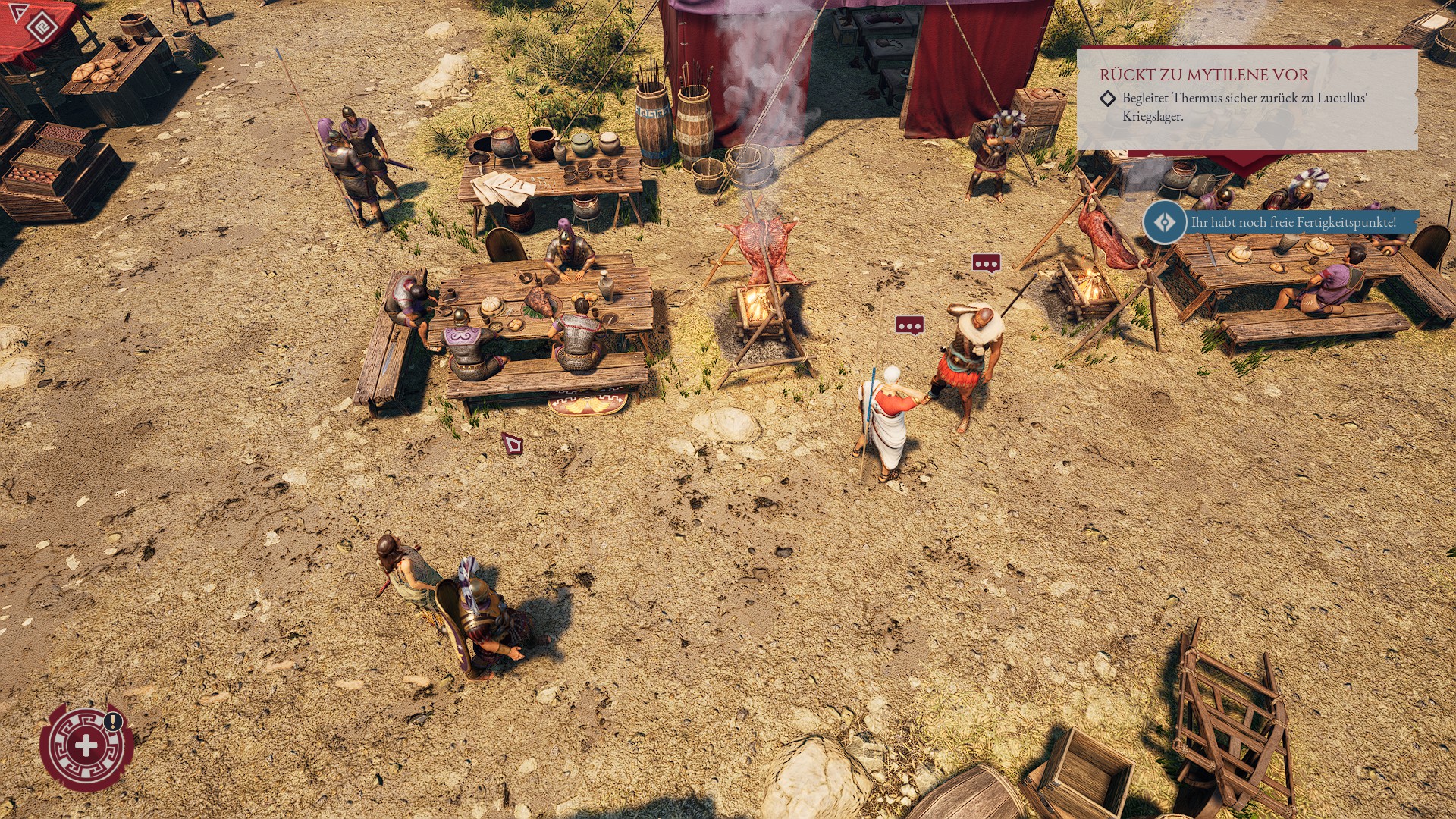 When I first saw the trailer for Expeditions: Rome, I couldn't do much with the game, but when the demo appeared on Steam, I tried it out and liked it right away. There are some improvements over Expeditions: Vikings and I can only recommend the game to genre lovers. The battles are fun, even if they often have the same animations, the story is well told and interesting, and the German dubbing is really well done, there's hardly any text you have to read (basically just your own answers and the tutorial overlays). The class system is lush and there are several difficulty levels suitable for beginners and experienced players. Through our choices in answers we change the story, which is shown to us later in the course, this gives the opportunity to play through the game in different ways and increases the replay value. If you are not sure whether you like the genre, you should try the free demo, here you can quickly find out whether Expeditions: Rome appeals to you or not.