Take on the role of a bipedal deer with a stretchy neck and stabby horns, and decimate anything & everything in your way in this "average, everyday deer game"!

Manchester, UK – 12th May, 2022 – Merge Games, together with Japan's oldest indie publisher, PLAYISM, is excited to announce the forthcoming retail release of DEEEER Simulator: Your Average Everyday Deer Game. Coming this Summer to PlayStation 4 and Nintendo Switch, the game will be available across North America, Europe, the Middle East and Australia.

Developed by Japanese indie developer Gibier Games, DEEER Simulator: Your Average Everyday Deer Game lets you step into the life of a not-so-average-everyday deer. The title is best described as a "Slow-Life Town Destruction Game". Spend your days frolicking, enjoying a peaceful life with the other animals around town... Or weaponize your stretchy neck and pointy antlers to completely destroy everything and everyone around you. 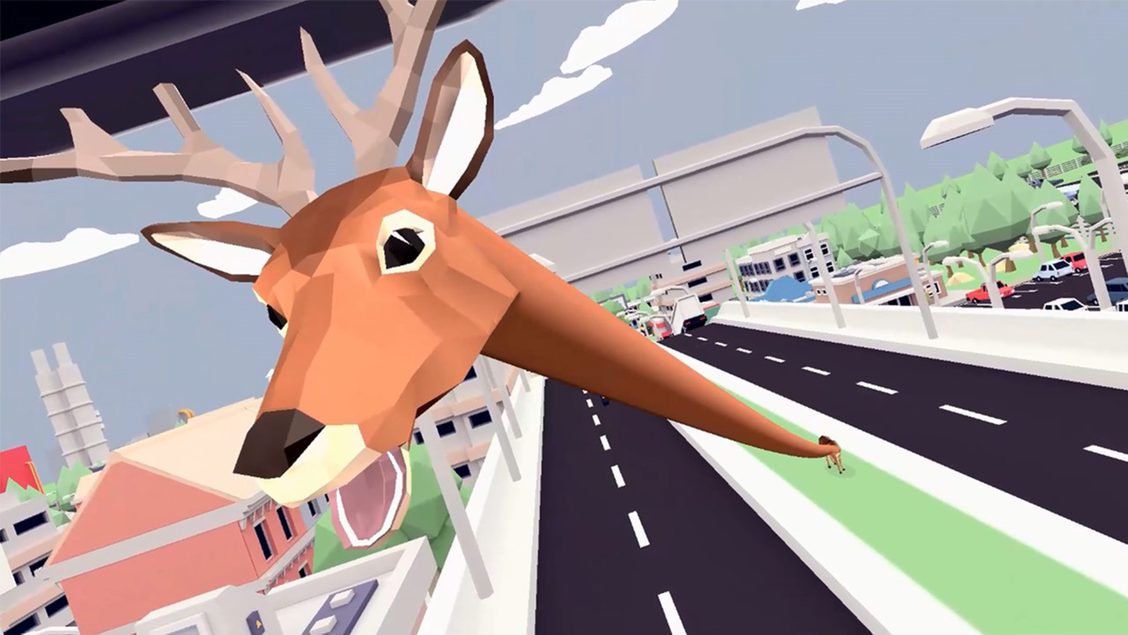 Needless to say, get up to enough naughtiness and you'll have to face off against some extra-tough animal police. Kung fu master sheep, bears who transform into police cars, and rabbits with ridiculously over-developed ears... They're all out to get you! Wanna get out alive? Well, you know who to point your "weapons" at.

As a special bouns, the retail version of DEEEER Simulator: Your Average Everyday Deer Game also includes the The Final Evolution of DEEEER DLC. Players can get even more action featuring giraffe and tiger skins, remotely-detonated sushi bombs, and a certain assassin from the sea! 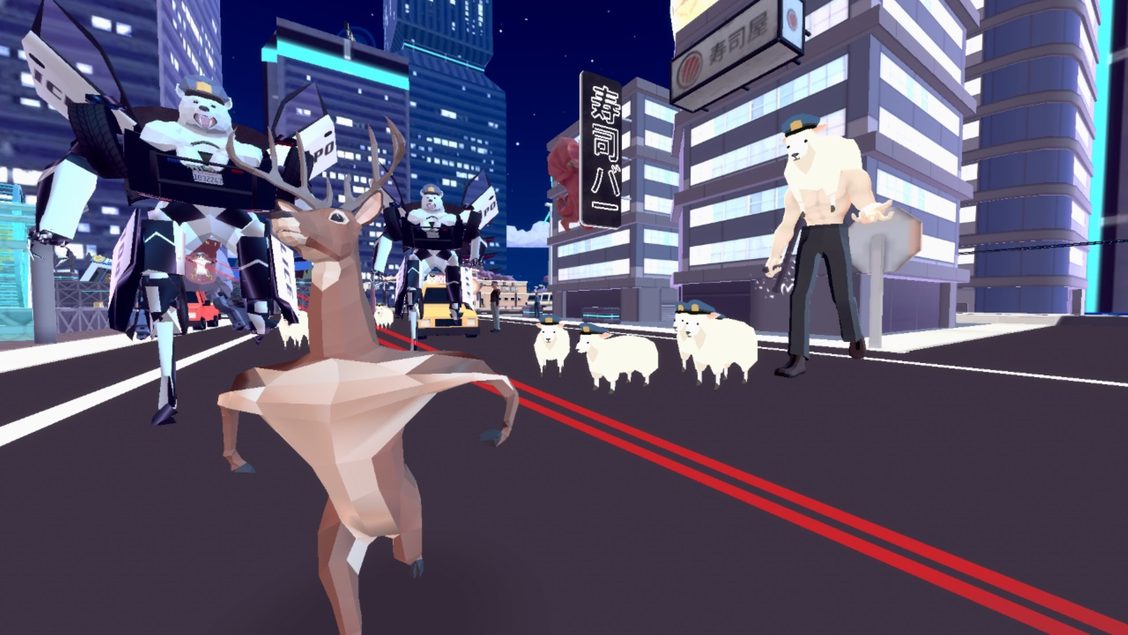 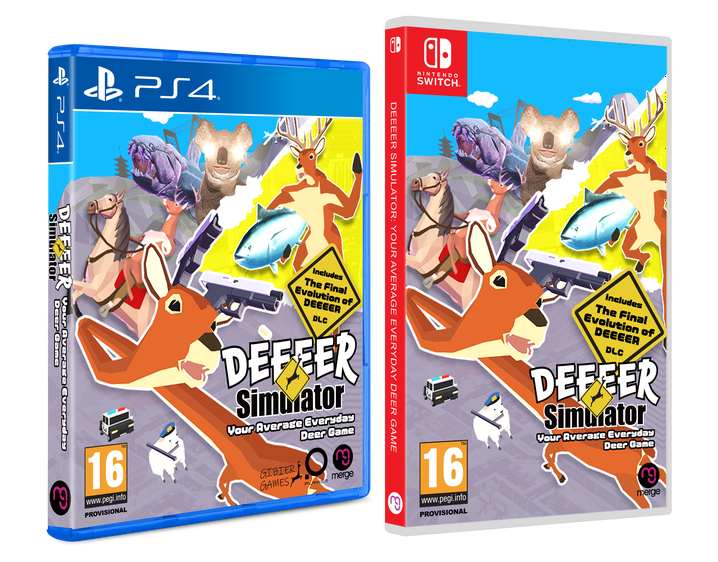 For more information please visit www.mergegames.com or follow us on our social media channels: