DEADCRAFT, a zombie survival game with crafting, combat and cultivation set for Multiplatform launch 19th May

Scheduled to launch on Windows PC via Steam, PlayStation®4, PlayStation®5, Xbox One, Xbox Series X|S, and the Nintendo Switch™ system on 19th May, 2022, players can now prepare to fight for their lives and grow an army of undead minions in a zombie-infested world by downloading the free DEADCRAFT demo, now available on all platforms.

DEADCRAFT is the newest deadly and daring game from Marvelous' First Studio, creators of DAEMON X MACHINA. As if a hail of meteors reducing earth to a barren wasteland wasn't bad enough, the devastation released a mysterious virus that resurrected the dead. Ravaged by fire from the sky and the dead below, only a fraction of the human population remains, largely clustered into small outposts where power-hungry opportunists capitalize on the chaos. A rare survivor of exposure to the virus, part-zombie Reid is captured by the twisted Nebron, leader of the Ark. After escaping from the torture table into the surrounding wasteland, Reid is determined to return to the city and exact some apocalyptic justice.

Stare in wild wonder as the half-human, half-zombie protagonist Reid slices through foes on a quest for righteous vengeance! Wield his inhuman zombie powers to fend off enemies while searching the wasteland for answers to what happened to the only man he could trust. Build fantastical new armaments, conjure curious concoctions, or even grow and harvest zombie soldiers to stand by Reid's side against whatever the apocalypse throws at him. It's a dangerous world, and in order to stay alive Reid must take full advantage of the dead! 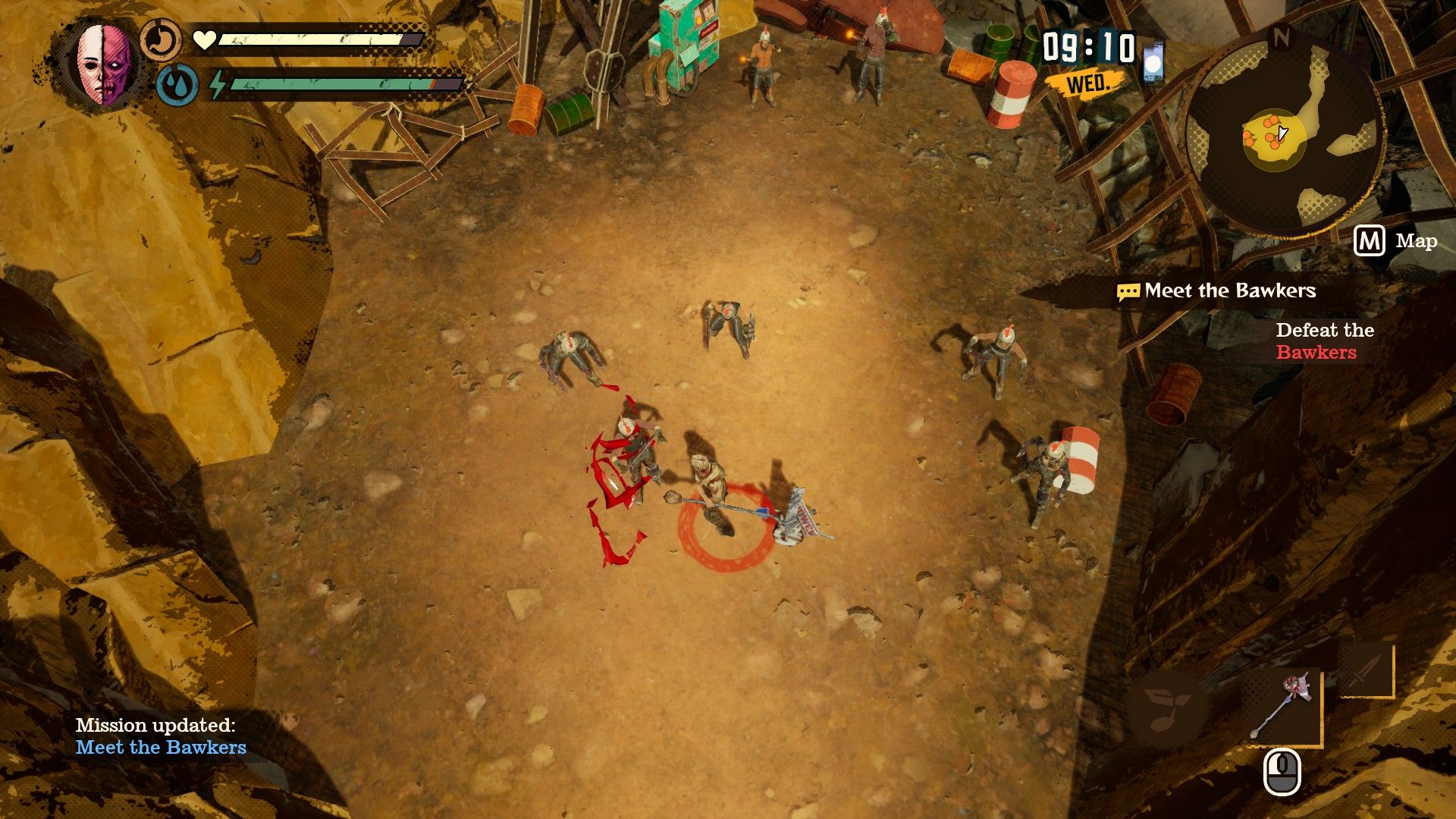 DEADCRAFT will be available for purchase for £19.99/€24.99 for the standard edition and £29.99/€39.99 for the Digital Deluxe edition. The DEADCRAFT Deluxe Edition includes two DLC packs, "It Came from the Junkyard" and "Jessie's Wasteland Wares", both of which will arrive post-launch. "It Came from the Junkyard" pits Reid against a new threat named Revenant, whose sights are set on the Ark. In "Jessie's Wasteland Wares," players will step into the shoes of eccentric nurse Jessie as she sets up shop to raise funds for her beloved lady Duna. Both DLC packs will also be offered individually for £6.49/€7.99 each upon release.

Developed by Marvelous First Studio and published in Europe and Australia by Marvelous Europe, DEADCRAFT will launch worldwide on Windows PC via Steam, PlayStation®4, PlayStation®5, Xbox One, Xbox Series X|S, and the Nintendo Switch™ on May 19. The game has been rated PEGI 18.