Punisher, The • The Punisher

The Punisher is a show I have waited for since I was young boy with an air rifle, wishing I could rain down sweet, sweet vengeance on the neighborhood kid who owned Madison, a black collie who bit me. I watched the Dolph Lungren film when I was at a friend's house for the night, marveling at what I thought was a great adaptation of one of my beloved favorites, not knowing in my youth that it really wasn’t. If I remember correctly, he didn't even have his trademark skull-shirt, but he did have a belt-fed machine-gun and a surly disposition. At the time, that was enough for me.

I watched an animated Punisher in the Spider-Man cartoon with mixed emotions, scoffing at his use of stun guns, nets and laser rifles, but even at that young age, I forgave, knowing that there was only so much you could get away with on an animated television show that was broadcast right after I got home from school everyday.

I saw him later in life as Thomas Jane in the Punisher’s second big-screen outing and disliking it, despite a lot of it being taken straight from the goofy, at times even slapstick pages of Ennis’ run, where the Punisher had three goofy people in his building who he shuns, then eventually learns to cherish, all while being stalked by a giant, silly Russian in a striped shirt.

I got my next chance at seeing big Pun (90's reference!) depicted correctly in The Punisher: War Zone, with Ray Stevenson taking over the titular role, and Micro played by Newman from Seinfeld, who I also thought did a great job. Even though the story could have been better, I liked what they did with Jigsaw and I liked their take on Detective Soap, a regular in the Punisher books during the later comic runs. All in all, I thought that it wasn’t perfect, but boy, did they get the tone and violence right. 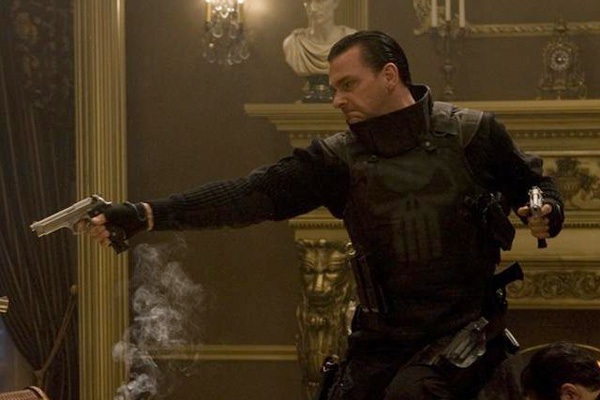 As a full grown adult in my thirties, I waited with growing excitement to see his characterization in Daredevil. I loved the first season of DD, and throwing John Bernthal into the mix had me pumped. Bernthal is great in almost everything he does, and he can play “badass” like a badass. I nearly-binged Daredevil season 2, forcing myself to take 3 and 4 episode bites instead of glutting myself on 6 at a time like I wanted to. And as I watched, disappointment set in.

It wasn’t Bernthal’s fault. He was great. I bought his military swagger, his beastly bellowing and distasteful tone as he rebuked Daredevil for his non-lethal actions. It was the story, the characterization of my beloved Punisher that had me frustrated; the way he fired a shotgun in a friggin hospital, took long-range shots at Karen’s car to hit the scumbag riding in the passenger seat, cried one minute and roared the next.

Now, I realize that the Punisher can be difficult to do right because he’s so easy; at his core, he can be summed up as “bad guys should die, good guys should live”. That’s really all he is, and it’s hard to make a two hour film or a thirteen hour show based on a maniac who tortures and murders almost everyone he meets. He’s escapist, vigilante Rambo-fantasy in a world where mass shootings are happening with frightening regularity, guns are becoming more and more frowned upon and the fight for gun control gets ever-louder and increasingly heated.

Enter this season of Netflix exclusive, Marvel's The Punisher. Already delayed after the recent string of mass shootings, now is simply a tough time for this show to be released. With Daredevil as Frank’s foil in the second season of DD, it balanced well; Frank was almost a different version of Daredevil, a skewed glimpse at what could have been if Matt Murdock didn’t have such a strong moral center. Frank considers DD weak, unable to do what needs to be done in order to keep the bad guys off the street for good, while DD sees the Punisher as a murderer, not much better than the men he guns down, a man who has given up on the system that Daredevil strives so hard to uphold and protect. 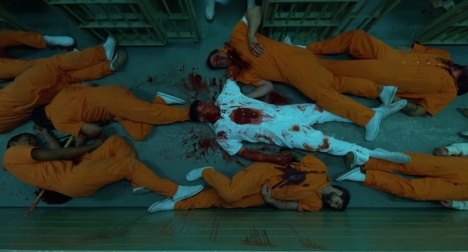 With the Punisher’s own show, we don’t have Matt Murdock’s counter-weight to Frank’s murderous persona. We are left to stare into the darkness, into the soul and actions of a man who commits ultimate, lethal violence against those who won’t live according to the rules, a man who uses the death of his family as the motivation and justification for all the heinous things he does, from gunning a man down from a mile away with a sniper rifle, to beating a man’s face into hot mush with a brick.

And that’s where we find Frank at the beginning of The Punisher, season one; shooting a man in the face from far away, before seemingly hanging up the skull and rifle for good. From now on, there is no “Punisher”, there is only Frank Castle, working stiff, nearly-mute and tortured by nightmares of his wife getting shot in the face over and over and over at 3 A.M., which is also the name of this episode.

The surprisingly slow start of the show, starring Frank Castle and not “The Punisher” is an interesting choice that ultimately rang a little hollow to me. I understand the need to show Frank’s struggle, and this isn’t necessarily a bad way to do it, but him holding his rage in check while his fellow workers threaten him and call him a “retard” just didn’t land with me. Don’t get me wrong, watching Bernthal balance the personal knowledge that he could kill everyone who so much as looks at him against his desire to stick to his “kill-code” is an intense struggle to watch, and the quiet moments and facial tics are a tribute to Bernthal’s acting and his understanding of the character. The problem I had was how cliché it all seemed to me. The jocular, brutish construction workers who bully the new Mexican guy on the crew, Frank watching from afar, his behavior almost shouting that he isn’t going to interfere, knowing all along he is going to have to…it just smacked of scenes and shows I have watched many, many times before.

The homeland security officers, Dinah Madani and her unwanted partner, Sam, are more of the same kind of thing. There’s the overbearing boss, the female agent with a chip on her shoulder, her “I don’t need anyone” attitude just waiting to be broken through by her (mostly unfunny) partner, who is clearly the comic relief… I’ve seen it all before. It’s still early, so there is plenty of time to develop these new characters, but I was a bit disappointed to see the tropes rolled out early.

The times when Frank banters with his old war buddy who conducts VA meetings are better. Here, we get someone who truly knows Frank, both the decent man and the violent killer he served with in the war. We see Frank drop slight smiles, and we are privy to a softer side of this hardened killer, which works here instead of seeming forced. This fellow ex-soldier is all the family Frank has left, seemingly his only tie to a non-violent life, despite the fact that you know Frank stood side by side with this man killing others. It’s a great dichotomy and an interesting way to view Frank; even his non-violent friends are tied to bloody violence.

Overall, I have high hopes for the series. The directing is on point, there are some great lines sprinkled throughout, and although the tropes are a bummer, the characters have plenty of time to flower into something more interesting and I am excited to see where the plot goes. Waiting in the wings, somewhere, that Punisher skull adorns a bullet-proof vest and I can’t wait to see what makes him put it back on and start punishing.

A solid entry to a promising series, there are definitely some problems that bear watching, but with John Bernthal in the starring role and the series going with a slow-burn, I'm ready for more. 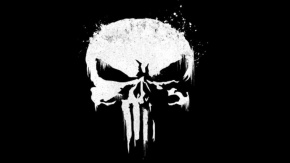