The Air Nano earbuds from Crazybaby are basically the answer to the Apple Airpods, and they do seem to improve on Apple's design quite a bit at first look. But while aesthetics are good and all, do these little buds win the sound war? We tested these like crazy, and here's what we found.

Crazybaby launched a campaign on Indiegogo, and boy, did they knock it out of the park. They made almost three million dollars, which was like a million percent more than they were initially trying to raise, so money should not have been an issue with development here. The "true wireless" earbuds come in ten different colors (!!), and for the purposes of the review, we were sent a muted green pair called "Volt Green". They look nice enough, although if you want a "low key" earbud, these are not them; not only are the colors pretty bright in general, the earbuds have a muted light pulse that draws further attention to them. Personally, I appreciated the high profile, so when people tried to talk to me, they could clearly see I was listening to music, allowing me to ignore them without a lot of fuss. Score.

The earbuds are definitely cool looking, and I am a big fan of the case. The earbuds are held inside with magnets, and there is a satisfying "click" when you drop them into the little grooves they sit in. You shut the case, which resembles a large pill capsule, then plug the whole shebang into the wall via the enclosed charging cord to charge em up. Sliding the case open and shut is similarly satisfying, although I wonder if the case will get loose after extended use. The battery tended to last around three hours of listening time for us.

Normally, I would make these two categories separate, but here, they are tied pretty close together, due to the way you control them. First, you turn them on by holding each earbud's "butt", or the part that sticks out of your ear. You can turn them off by holding the left bud for three seconds. I was one of those testers that had a bit of a problem connecting these to my phone, since they just wouldn't show up when I scanned for them. A little troubleshooting, a quick google search and a reset and I was in business. Unfortunately, I had problems keeping them connected as well.

If you are sitting relatively still at home, you should be fine, but while riding my bike down the road, I needed to keep my phone in my front pocket vs my back pocket, because I would get pretty consistent connectivity issues, which was disappointing. Often, it would just be one earbud losing the connection (the right one), which I found odd, although it was generally the one on the opposite side of the pocket I had the phone in. Once I had the phone in my front pocket, connectivity issues went down drastically.

Another problem about these earbuds lies with the way they are controlled. You press the ends of the earbuds to control them, and on paper, it's a great (and rather obvious) system: when music is playing, one tap on the right earbud will pause and resume a song, two presses will skip the song, and three taps will skip backwards on your playlist. If you are using these for calls (call quality was pretty iffy overall for most of the calls I tried), you control everything with the left earbud, one tap to answer/hang up and two taps to bring up whatever Siri-style Skynet AI you're using. Oddly, there are no volume controls, so you'll have to use your device for that.

The main problem with this system is that every time you use the controls, you end up pushing the earbuds a little deeper into your ears. The few times they slipped loose (the fit is generally nice and snug), I would have to be very aware of what I was doing, since just casually pushing them back in would often result incidentally switching the track or turning them off. This was a definite problem for me, since I would have the buds sitting just right, and then need to re-seat them in my ears due to changing a song. They also sit rather heavy in the ears, but not so much that they made my ears sore. If you had, say, a workout playlist, these will stay put, and if you don't have to change the song a bunch, you can pretty much leave em where they are.

The sound on these is just ok, and honestly, for "truly wireless" earbuds at around a $100, it's roughly where I thought it would be. The highs are there, but not super clear, so depending on the style of music you are listening to, you may need to click the volume down a little. There isn't a ton of bass to balance the highs out either, so a lot of songs, especially metal, ended up sounding a bit tinny. Rap was somewhat similar, again due to the lack of bass, which isn't terrible (especially for the size of the buds), just lacking. You do have to expect that something with the word "nano" in the name will have small sound, and with that in mind, the bass is acceptable. However, without the backbone of strong bass, the vocals came off as too high, and I ended up clicking down the volume a few notches to certain songs to make the track sound better. The mids are not terrible by any means, but I wished there was just a more cohesive sound over all. The bass was muddy and the highs were often too high, and I rarely found a song that I was super pleased to be listening to on these without turning down the volume a bit, and I rarely listen very loud in the first place.

In the end, these performed about as expected. They are on par with the Airpods, and I would even say they have a slight edge overall. The aesthetics of the buds and case are great, but unfortunately, the controls are a pain, since you will end up jamming the buds slowly into your ears with every click. If you are looking for an alternative to the Airpods, these will absolutely do, but I would recommend spending a little bit more and stepping up to the next tier. 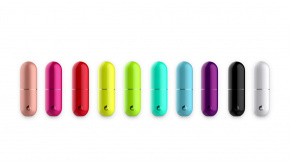