Stylish Glasses At A Reasonable Price

Here at dlh.net, we do two things, and we do them well; we sit hard, and we stare at screens. All. Day. Long.

Then? We head home, do what we have to do, and boom! More sitting! More staring at screens! Phones, T.V.s, Tablets; you name it, we'll destroy our eyes staring at it. One by one, we've all began to use blue-light blocking computer glasses, with an almost audible sigh of relief from our strained peepers. Ambr Eyewear is one of the newer companies to hit the scene, and unlike other brands that are in a race to block every single iota of blue or UV light, Ambr decided on a little bit less protection and a lot more style. Claiming to filter over 55% of blue light and 90% of UV rays, these lenses promise to eliminate reflections, and they're reinforced with anti-scratch and smudge protection. As a result, these do less than some glasses, but look way better than most. But are they worth it? We tried out two models, the Aurora and the Asteri to find out.

Out of all the glasses we've tried, these are hands-down the most stylish. The frames come in an assortment of colors, from black to red and even tortoise shell, so there are plenty of options to fit your personal style. As for the lenses, they're clear, so you can't even tell these are blue-blocking glasses. In fact, Ambr recommends holding them up to a white sheet of paper if you want to actually see the tint (we tried it, and it's there). This is a far cry from the bright yellows and oranges that some of the bigger name companies tend to use for their glasses, and it's all in the name of style. Speaking of style, the entire line-up of glasses are made to be unisex, so the frames look great on a man or a woman. Here at the office, we traded the two pairs back and forth between men and women, and members of both sexes reported getting compliments on their new frames. Additionally, you can use your prescription lenses with Ambr frames for those who don't have perfect eyesight.

As usual, when I try on glasses, I assume the arms are going to explode off the frame due to my outrageously bulbous head. Not so with these; they sat firmly on my face but didn't hug too hard, even when I was vigorously shaking my head "no" to someone's request for time off. The glasses are lightweight to the point where I forgot I was wearing them, which is high praise from a man who doesn't wear glasses on a daily basis. The frames are made of "premium acetate" and are reinforced by a titanium skeleton, so they should presumably last a good while, and although they sit lightly on your face, they don't feel plasticky or cheap. The anti-scratch coating and smudge protection was noticeable verses some of the other brands we've tried, especially the scratch resistance (thanks for "testing" that by knocking them off your desk three times, Becky. And you wonder why you can't get time off).

We tested these by wearing them for three days, then not wearing them for three days, we tried one day on, one day off, and we even tried putting them on and taking them off every hour to see if we could notice a difference. We did. In fact, everyone in the office agreed that they helped with eye-strain, and 2/3 of our staff said they believed these helped them to fall asleep, since we all look at our phones or some kind of screen before bed. One of our writers does a lot of graphic design type work in her off-time, and she really appreciated that the Ambr glasses didn't distort color, which was a major reason why she wasn't using blue-light blocking glasses at her other job. Now that I think about it, that explains why we're now missing a pair of these at the office...

Although blocking less blue light than some of their competitors, the Ambr glasses generally cost a bit less on average, and they come with a hardcase and microfiber cloth, which is nice. We found that the Ambr glasses block enough blue light that we could definitely tell the difference, but your mileage will likely be decided by your environment; if you work by yourself, or don't really care how you look, then you might want to look for more powerful blue-blocking glasses. However, if you work with color or want a pair of glasses you don't have to take off in shame when you leave your house or office, these stylish frames will be perfect for you. 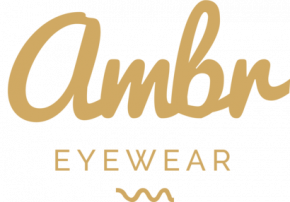